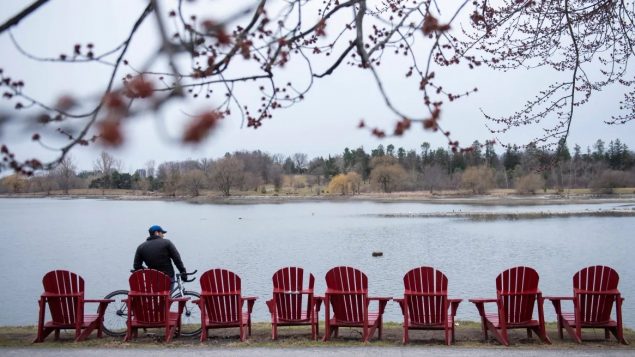 cyclist takes a break alone by a row of Muskoka chairs next to Dow's Lake in Ottawa, in the midst of the COVID-19 pandemic, Most municipal and provincial parks in Ontario are reopened for limited use (Justin Tang/The Canadian Press)

Ontario: some restrictions eased, but lockdown to continue

Canada’s most populous province is expected to announce another extension to its health state of emergency to remain in place until June. A final decision will be made tomorrow.

However, even though that’s the case, some restrictions are being eased.

Retail stores are being allowed to open, but for curbside pickup only, but those still classed as non-essential such as bars and nightclubs, will remain closed as will venues like theatres and libraries.

Gardening nurseries and hardware stores are among those allowed to re-open. In all cases contactless payment is strongly encouraged as is sanitizing of surfaces.

Gatherings of more than five people are still prohibited with hefty fines possible for violations.

Municipal parks will be open although use of equipment and other amenities, presumably park benches and picnic tables remain prohibited.

Provincial parks and conservation areas will also reopen this week but for daytime use only.

Ontario’s COVID-19 infection rates are coming down, but the province’s cheif medical officer said, “ while [numbers are] coming down slowly, it’s having its ups and downs, and we’d like to see it progressing even quicker”, adding that physical distancing and other regulations need to be maintained.

While other provinces are also contemplating relaxing of restrictions, the idea of opening up regions where COVID-19 has not been a serious problem have been floated, but almost all provinces have since rejected a “region by region’ opening.

Two small anti-lockdown protests on the grounds of the provincial legislature have angered Premier Ford. The first group he dismissed as a bunch of  “yahoos” but when the second group last weekend turned a Canadian flag upside down, the Premier was visibly upset. 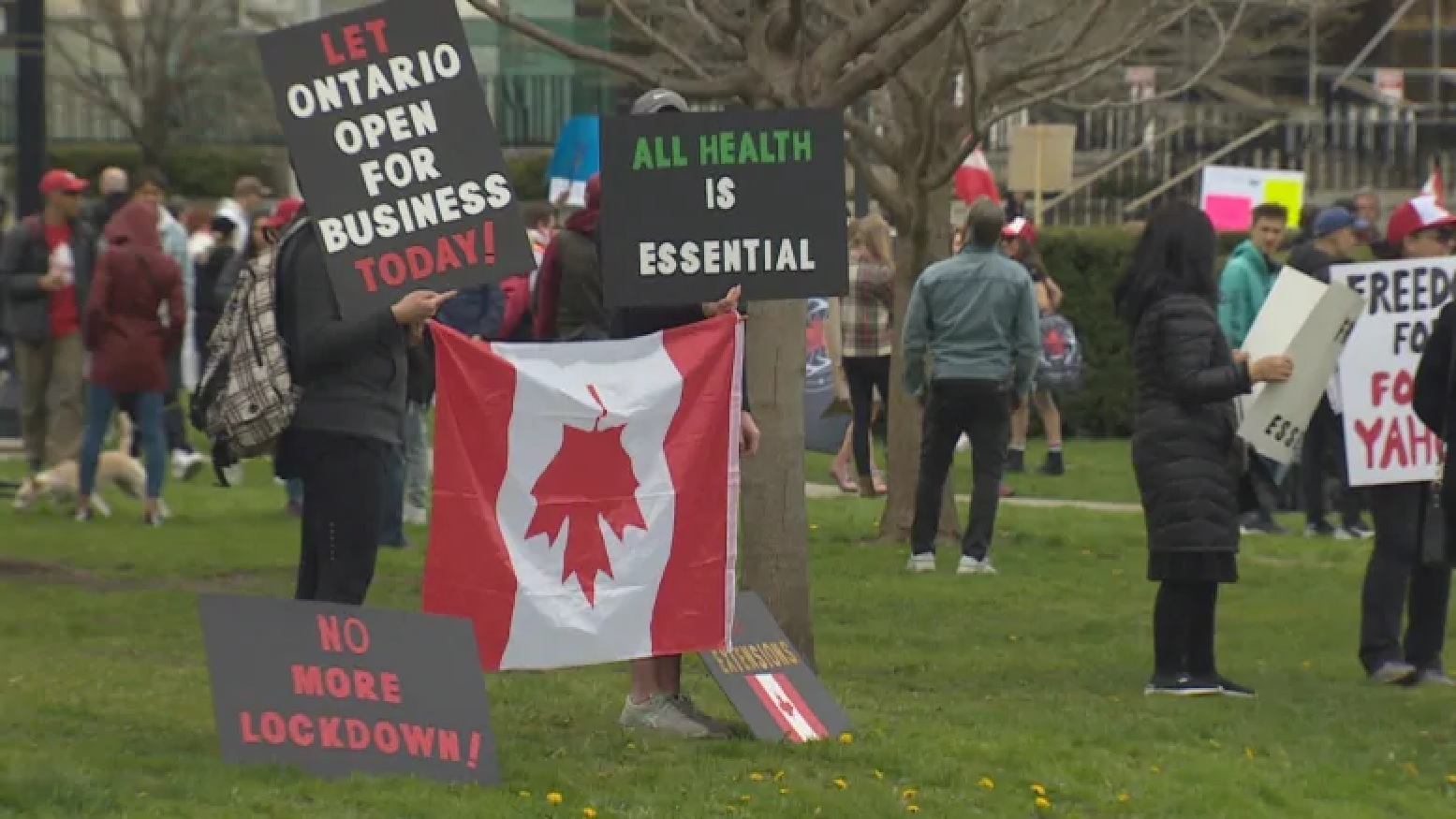 Protesters gathered on the Ontario legislative grounds to demand that the provincial government lift restrictions in place to slow the spread of COVID-19. At its peak, there were an estimated 300 people. A few held an upside down Canadian flag. Similar protests have occurred elsewhere such as in in front of the Manitoba legislature on Saturday where a Canadian flag was also held upside down. Manitoba has already begun some easing of restrictions (Mehrdad Nazarahari/CBC)

And when I see our flag, our Canadian flag flown upside down, that’s the utmost disrespect to the men and women that are overseas fighting for our freedoms, our Canadian military, the six families that lost loved ones in the crash last week, the 250 men and women that are in harm’s way walking into the long-term care homes and saving people’s lives,” Saying the disrespect “burns me up”, he then added, “If they want to fly our flag upside down, they don’t respect our country, I’ll be the first to help them pack their bags and they can find a country that they want.”

Noting that the restrictions have been hard on everybody, he said he has nothing against protests but that by not respecting the physical distancing they were putting themselves at risk.

In spite of being in violation of the emergency rules, no one was ticketed at the demonsration.