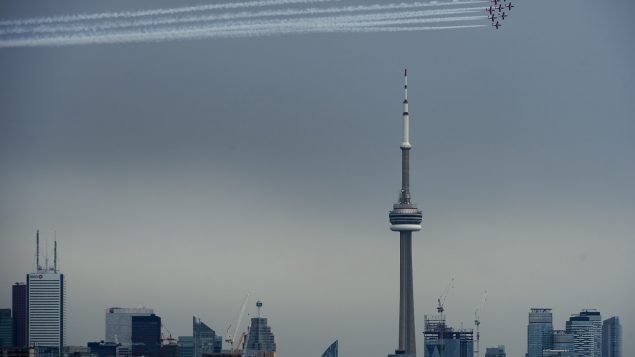 Canadian Snowbirds circle the CN Tower as part of Operation Inspiration during the COVID-19 pandemic in Toronto on Sunday. The Canadian military is postponing the deployment of a warship and surveillance aircraft to help enforce United Nations' sanctions against North Korea because of the COVID-19 pandemic. (THE CANADIAN PRESS/Nathan Denette)

Canada ‘defers’ mission to the waters off North Korea

As the Canadian Armed Forces continue to regroup and revamp in the shadow of COVID-19, the Canadian military has announced it is postponing the deployment of a warship and surveillance aircraft to help enforce United Nations’ sanctions against North Korea.

The Halifax-class frigate HMCS Calgary and a CP-140 Aurora patrol plane were scheduled to leave this month as part of Canada’s ongoing contribution to the international effort to prevent North Korea from expanding its nuclear arsenal. 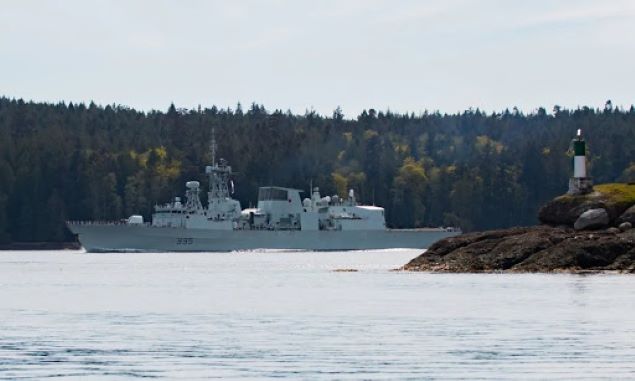 HMCS Calgary will not be heading to the waters off North Korea this month. (HMCS Calgary/NCSM Calgary/Facebook)

Officials say their deployment has been “deferred” for an unspecified amount of time.

The weekend announcement follows an earlier decision to withdraw Armed Forces members from Iraq, scale back Canada’s military training mission in Ukraine and bring back several warships from different parts of the world.

Canada currently has more than 2,000 personnel deployed on approximately 20 missions, many of which have had to alter their activities in response to the pandemic. 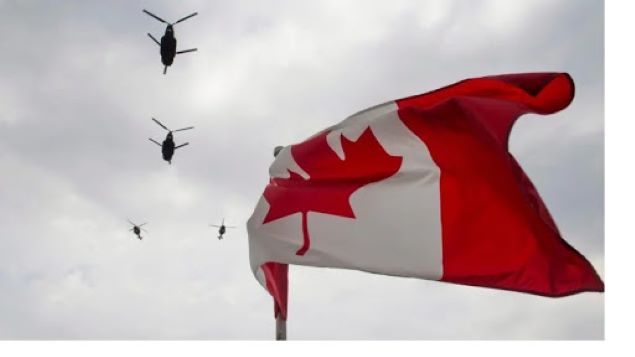 Canadian Forces CH-47 Chinook helicopters participate in a flyover of Parliament Hill in Ottawa on Friday. (The Canadian Press/Justin Tang)

“We conducted a detailed analysis of our operations to determine whether further adjustments were required to protect our personnel while ensuring continuity for critical tasks,” Forces spokesperson Capt. Leah Campbell said in an email to The Canadian Press.

The moves come as the federal government deploys more and more military medical personnel to assist at long-term care facilities in Quebec and Ontario that have been hit hard by COVID-19. 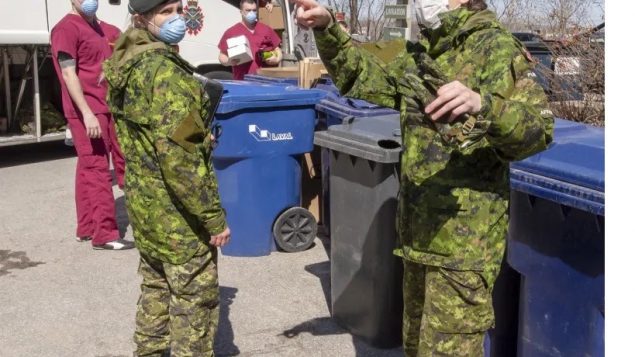 “The decision to delay or adjust the number of personnel deployed on select missions was a balance between weighing the acceptable risk factors for our personnel, our ability to sustain the mission, and the impact any changes would have on the mission itself,” Campbell told CP.

“For some operations, this decision is the result of a pause in operational activities by the host or partner nations.

“In others, it is preferable to delay the movement of forces in and out of missions at this time.”

The military says it’s keeping some troops on some missions in place longer, rather than replacing them with fresh Forces members as planned.

Those include nine Canadian peacekeepers in the Democratic Republic of Congo, 10 in South Sudan and 55 in the Sinai Peninsula.