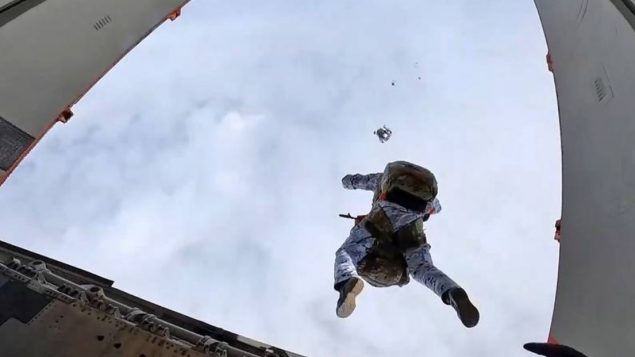 Russia’s military feat in Arctic, spectacular, but no real threat to West

Russia’s military in late April achieved a spectacular first. An elite team of paratroops jumped from a giant transport jet at a height of 10,000 metres above their Arctic archipelago.

Following the initial jump, the paratroops prepared a landing site for the main force who jumped from 2,000 metres. The force carried out a three day exercise before returning to the Nagurskoye air base.

That base is part of a growing list of new military bases, radar, and missile installations.

Quoted in High North News, Hervé Baudu, Senior Lecturer in Nautical Science and a Member of the French Maritime Society. said, “All these radars are calibrated to track fast airborne targets, not surface ships. Nothing that promotes the safety of maritime traffic.” 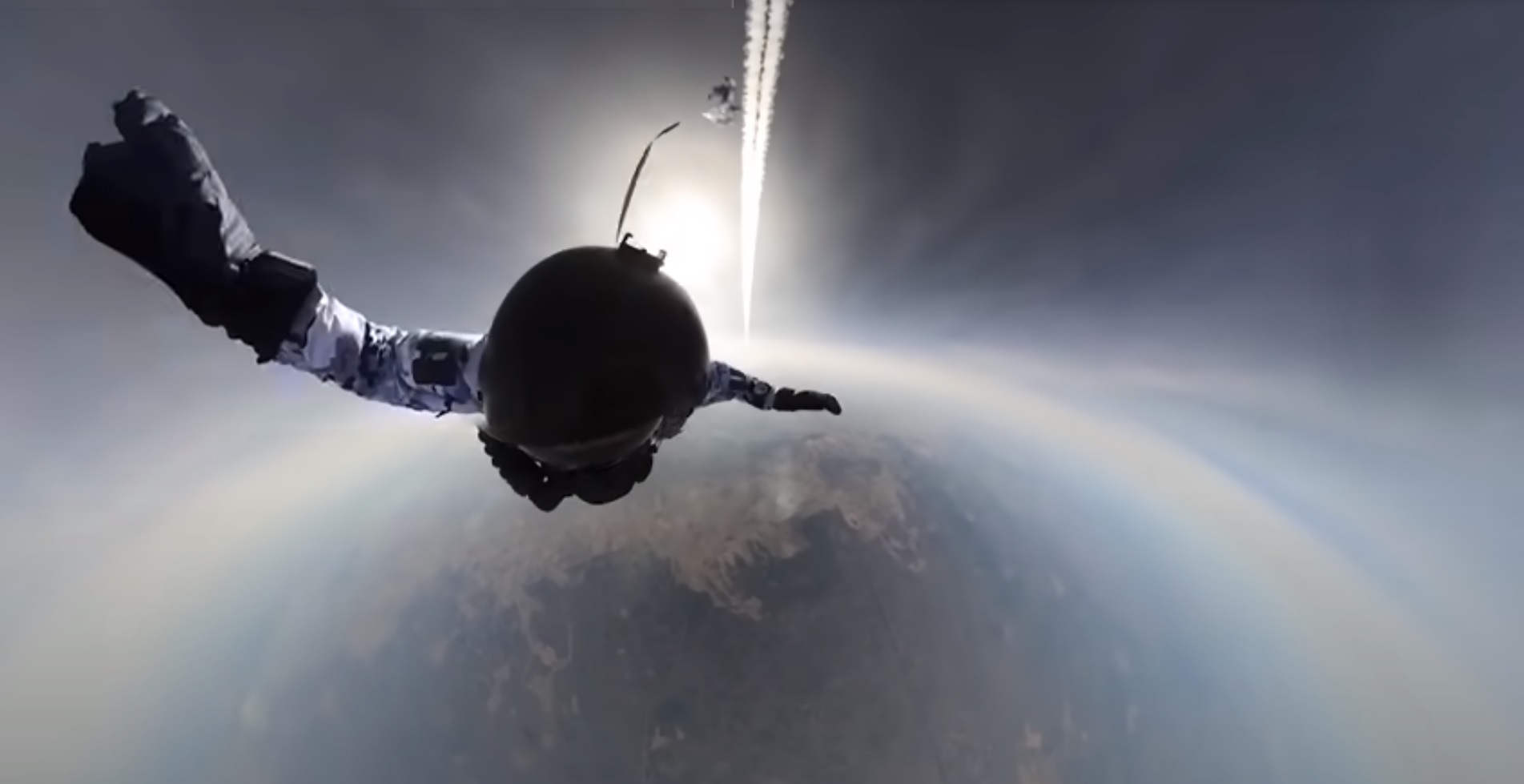 A trooper has just released his drag chute with the contrails of the huge IL76 above. At that height you begin to see the curvature of the Earth (TASS-Youtube)

Usually paratroops are used as a surprise force to insert troops quickly into an enemy territory, while high altitude jumps also try to protect the aircraft from ground fire.

However, as to whether these extensive exercises and installations pose a threat to the West, the U.S., Norway, or Canada’s Arctic, Canadian experts believe it’s mostly about domestic defence.

Christian Leuprecht, is a political science professor at the Royal Military College and a Queen’s University in Kingston Ontario. He says,”Russia today, like the Soviets, considers this region strictly sovereign, off limits to anyone. It has at least two reasons for doing so.  One is that with climate change, the Northern route across the top of Russia will become shippable (it already is) and the Russians want to control that route and make money off it. The other is that Russia maintains the bulk of its nuclear deterrent on the Kola Peninsula.  Any possible threat to the peninsula is thus strategically unacceptable I interpret this as Russia asserting the status quo, and sending a clear signal to NATO that it is fully prepared (to defend) and to stay out of its territory Russia sees this as existential to its extended nuclear deterrence and thus to its very survival.”

Another Canadian expert on northern issues is University of British Columbia political science professor and author Michael Byers. In his view this latest feat and exercise should also be of limited concern to Canada or the West, “ Russia has uncontested title over half of the Arctic and no desire for any more. Russia cooperates with Canada on a host of Arctic issues, including search and rescue. Russia’s military activities in the Arctic are directed at protecting their assets. They are defensive, not aggressive, and therefore of little concern with regards to sovereignty and security in the Canadian Arctic.”

The defence expert Rob Heubert at the University of Calgary, is somewhat more equivocal. He notes that the exercise was a sustained venture during somewhat miserable extreme cold winter conditions whereas most “Western” Arctic exercises, such as Canada’s Op Nanook annual exercise take place in the nicer weather of an Arctic summer. He says it shows that Russia is clear on its intentions to be the military power in the Arctic, adding the West should be paying attention.  Quoted by the CBC he said, “We have laughed at Russians, I don’t think we’re laughing any more.”

Other military experts have said the exercise, regardless of its political or military intent, was an amazing feat of daring and endurance. Andrea Charron, director of the University of Manitoba’s Centre for Defence and Security Studies quoted in the CBC said, “…whether you look at it from a military perspective, or any perspective. That is just an incredible display of logistics, courage and ingenuity.”

TASS-YouTube video of the jump