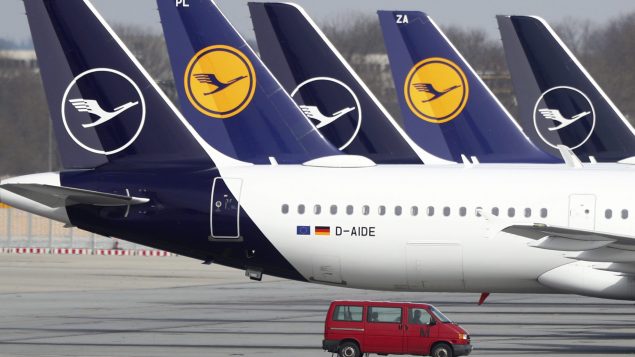 In this Thursday, March 26, 2020 file photo German Lufthansa planes sit parked in a line at the airport in Munich, Germany. Due to the coronavirus Lufthansa had to cancel most of its flights. But the company says it plans to resume flights to Canada on June 3. (Matthias Schrader/AP Photo)

Lufthansa prepares to resume flights to Canada in June

As countries begin to gradually ease travel restrictions, Lufthansa plans to offer three weekly, non-stop flights from Toronto to Frankfurt and back starting on June 3, officials with the German airline announced Thursday.

Additional flights to other Canadian gateway destinations, including Montreal and Vancouver, are also being evaluated and planned for later in the summer, said Hans DeHaan, Lufthansa Group’s senior director in Canada.

The first Toronto-bound flight will depart Frankfurt on June 3 and then the same aircraft will return to Germany the next day, DeHaan told Radio Canada International.

Prior to the pandemic, Lufthansa Group offered 64 flights a week to Canada in the summer and half that number in the winter, he added.

“That’s part of the market that we would go after,” DeHaan said.

The passenger planes will also carry a lot of cargo, he added.

“We can now take high density cargo that before maybe we couldn’t because of the passenger loads,” DeHaan said. “That helps, the cargo demand is high and not just for us, it’s for most airlines. But we have to start somewhere. We have to get this thing going.”

Gateway to the rest of the world 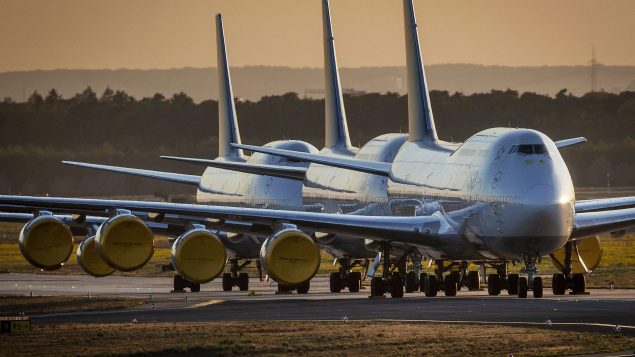 The Toronto – Frankfurt flight will add an important long-haul connection for Toronto-based travel to Europe, the Middle East, Africa and India, DeHaan said.

These include flights within Germany, as well as to cities in Austria, France, Italy, Spain and Switzerland.

Lufthansa Group, which includes Lufthansa, Swiss, Austrian Airlines and Brussels Airlines, plans to serve a total of 106 European destinations next month, he said.

Flights to Tel Aviv are also being planned as are connections to Mumbai, Dubai, UAE and Johannesburg as well as to Abuja and Port Harcourt, Nigeria.

But as international airlines work to counter the spread of the pandemic, the flying experience will include stringent hygiene and public health measures.

Masks on board and frequent hand washing

Beginning May 4, the airlines of the Lufthansa Group will require that all passengers wear a mask while on board their flights, DeHaan said.

“Now it’s all about passenger safety, passengers have to feel safe, they have to feel that they can take this journey and that they don’t have to worry that they’re going to catch something while being on the aircraft,” DeHaan said. “That is now a very high priority for us.”

These measures mean masks not only for the passengers but also for the crew for the duration of the flight and a lot more sanitation measures, he added.

“The meals might not be served anymore from a trolley, they might be served covered in a type of lunchbox or a dinner box just to eliminate some of these risks,” DeHaan said.

Furthermore, due to a decrease in flight demand, seats will be allocated as far apart as possible within the cabin, DeHaan added.

“I’m a firm believer that air travel will come back, but it will take a little bit of time,” DeHaan said.