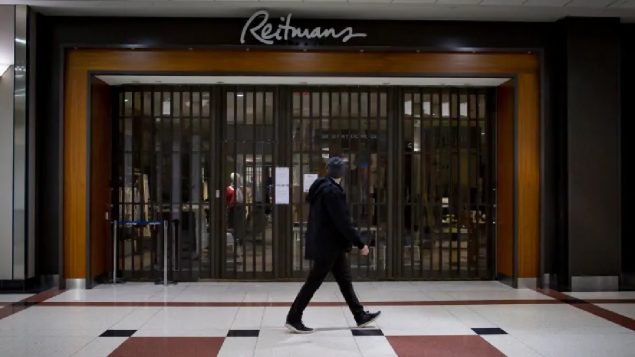 Canada's long standing women's fashion giant, Reitmen's with over 6,000 employees, has just recieved bankruptcy protection, but if it survives COVID-19, may of its over 500 stores will likely not reopen ( Evan Mitsui-CBC)

With shopping prevented for weeks now in many retail outlets, business has been suffering enormously.

Pier 1, which at its height had over 1,200 stores in the U.S and Canada had already sought bankruptcy protection due to slowing sales when the virus hit.

With no buyers interested, the chain now says it will have to shut down all remaining stores and cease operations.

Montreal-based Aldo Group  with shoes and accessories brands Aldo, Globo, and Call it Spring, has been hard hit by the virus, and filed for creditor protection earlier this month in Canada and the U.S, 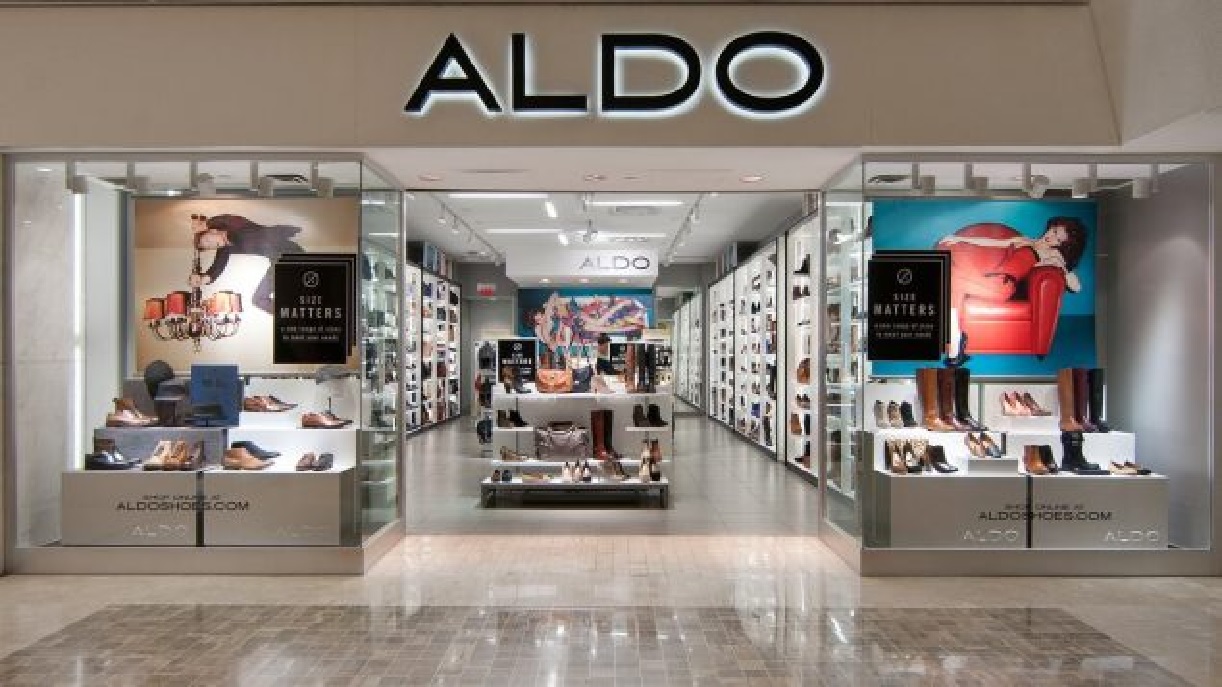 Now another major retailer, fashion store Reitmans, with its stores closed due to emergency health orders,  has had to layoff almost the vast majority of its over 6,000 employees and office staff.

With 80 per cent of its revenue coming from in-store sales, the 94 year old shopping tradition was granted creditor protection this week. Reitman’s has some 576 outlets including Reitmans, Pennington, RW&Co, Addition Elle, and Tyme Maternity. 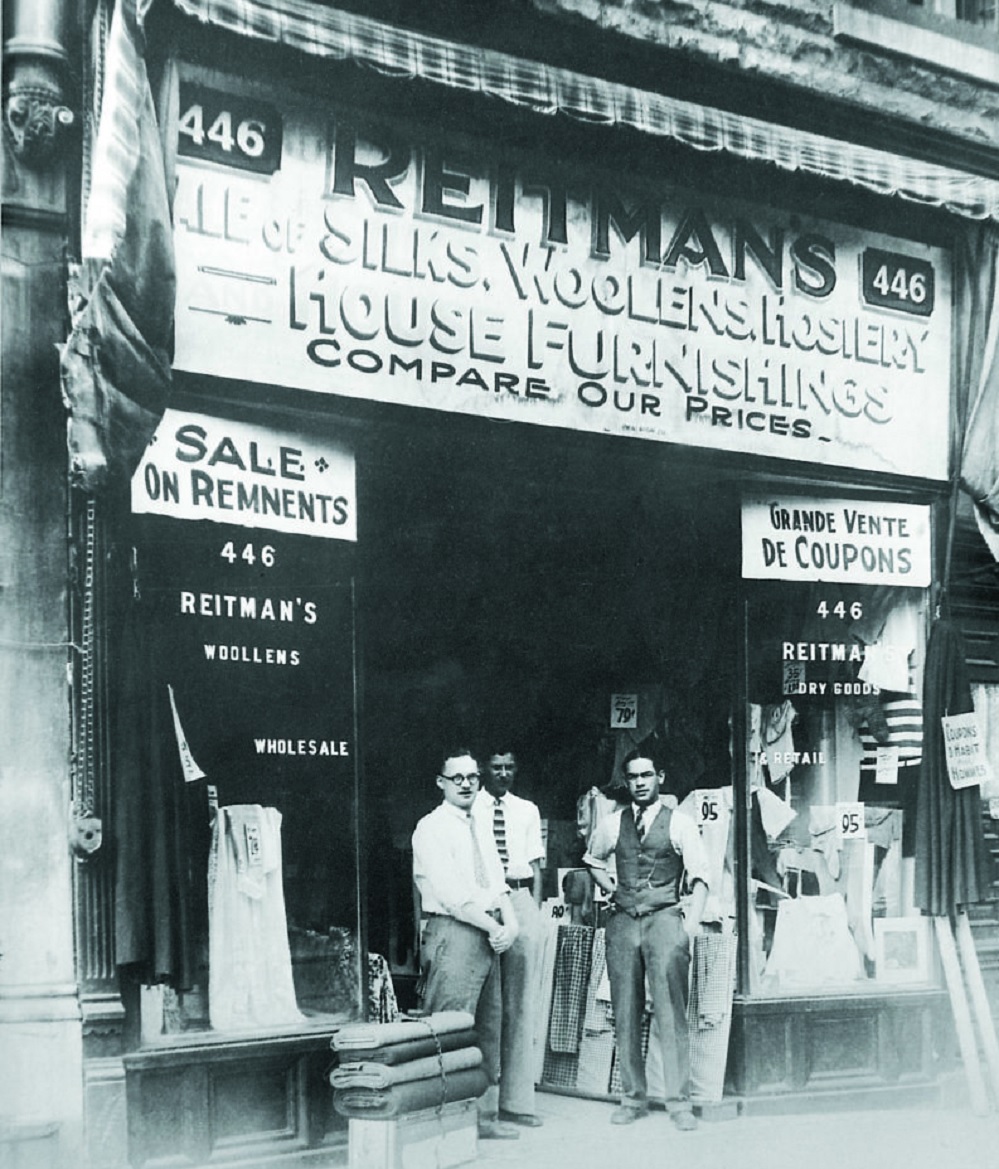 The huge Reitman’s chain started from a single store in Montreal. If it survives COVID-19, many of its over 500 stores will still likely close. (Reitman’s )

U.S. based J. Crew, with several stores in Canada, filed for bankruptcy protection this month. while L Brands announced the permanent closure of 250 Victoria’ Secret stores in the U.S and Canada (13 of 38 stores in Canada).

While Reitman’s seeks bankruptcy protection, with an uncertain future as shopping habits seem to be changing, another even older retail tradition has fallen.

Army and Navy, a 101-year-old chain closed in March due to emergency health orders, like a great many other stores, and had hoped to re-open.  Popular in British Columbia and the prairies, the discount chain celebrated its centennial last year, but with a huge stockpile of spring goods ordered before the virus arrived, was facing a huge financial burden with its stores closed.  In a statement this month announcing a permanent closure CEO Jacqui Cohen said,, “the economic challenges of COVID-19 have proven insurmountable.” 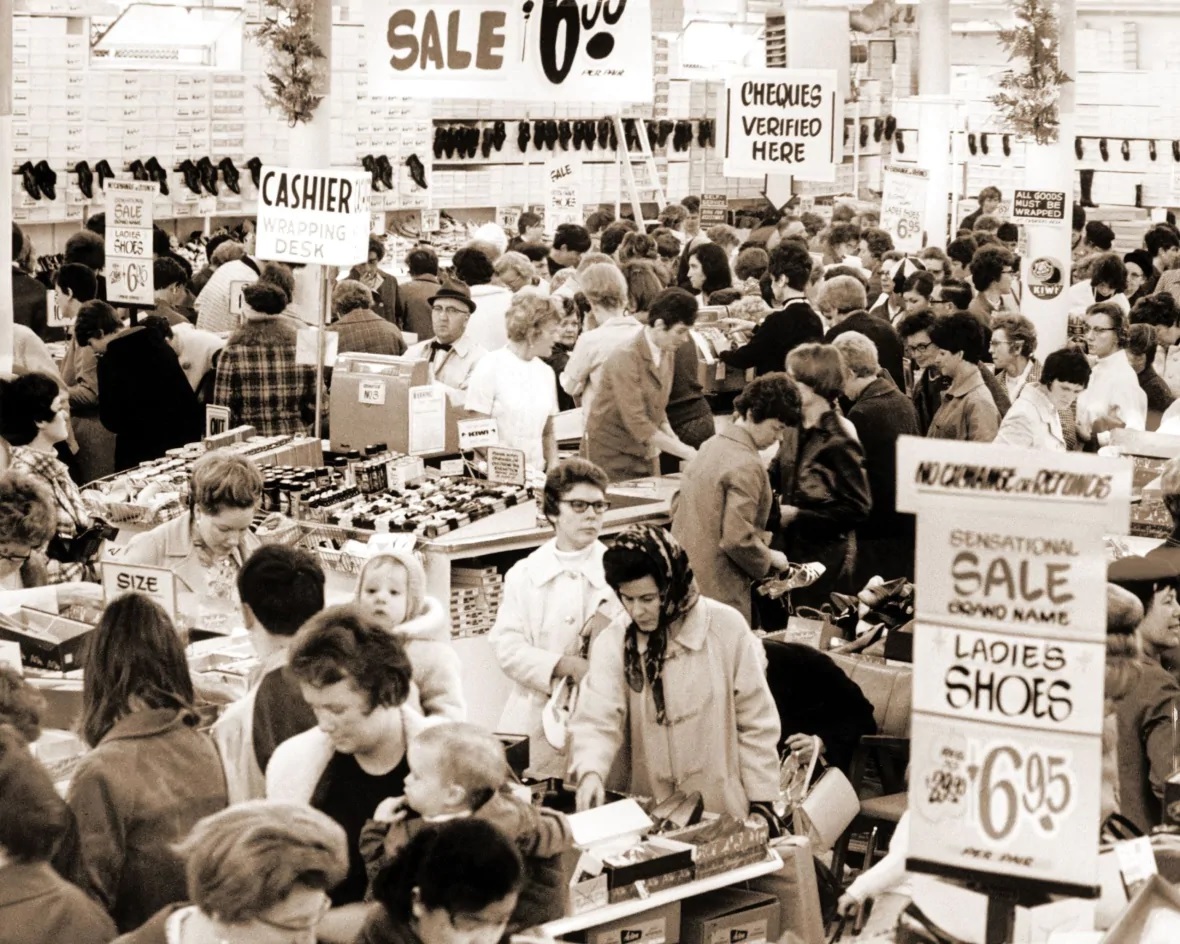 Army and Navy discount stores in western Canada were known for their huge spring shoe sales as this one in the 1960’s. (Army and Navy via CBC)

The  18-store chain of Ronsons Footwear in British Columbia announced its permanent closure after 32 years, again due to the COVID-19 situation

As many of these brands have outlets in shopping malls, it is likely that mall operations, already dealing with a significant level of unpaid rent, will be on hard times as well.

Although the federal government has just offered financial bridging help the CEO of the online magazine Insolvency Insider thinks many operations are simply holding off declaring bankruptcy until stores are allowed to reopen and they can hold clearance sales of stock.

Of course its not just the big retail chains that are suffering.

Every day comes news of small independent but popular operations closing in cities across the country, including longstanding community restaurants, bars, and event locations, many after often decades of operation.

A real concern is that as the crisis passes, and the economy picks up, this will still leave literally many thousands of former employees with no jobs to go back to.