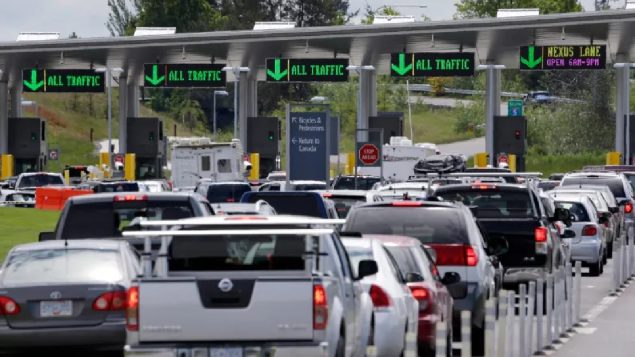 This is how the Canada-US border points looked prior to COVID., This one at Vancouver into Blaine Washington. Now traffic and travel is limited to cargo vehicles and essential travel (Elaine Thompson-AP)

COVID-19: Open the Canada-U.S border? Most Canadians say, not yet

This week the Canadian government says restrictions on travel between the U.S and Canada will remain in place for another month in light of the coronavirus situation

Non essential travel is limited but commercial traffic, and essential workers can still cross between the countries. The border between the two countries has been closed to tourists and other non-essential crossing since March 21, and will stay closed until at least June 21.

Even as provinces begin to slowly lift a few of the emergency ordered restrictions, a new poll from the non-profit Angus Reid Institute shows Canadians still very wary of travelling to the U.S. If the border was opened after June 21, some 84 per cent say they definitely or probably would not travel to the U.S. even for a day trip. 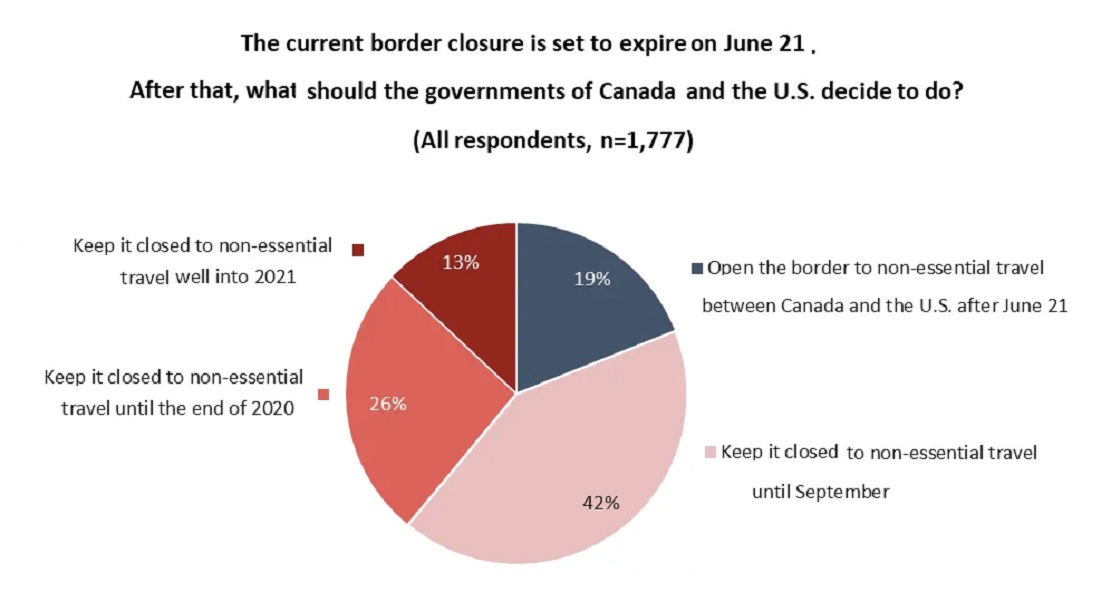 Only one in five say the border should open after June 21st, while the majority suggests September or the end of the year.

The economic loss from lack of tourism and other non-essential business is huge. In 2018 Americans are said to have spent over $10 billion in Canada, while Canadians spent over $20 billion in the U.S.

Surprisingly perhaps, a third of respondents don’t want fellow Canadians coming to their province. They agree with the idea of government imposed total restriction on travel in the country between provinces, while 50 per cent would not ban but strongly discourage Canadians from other provinces coming in.