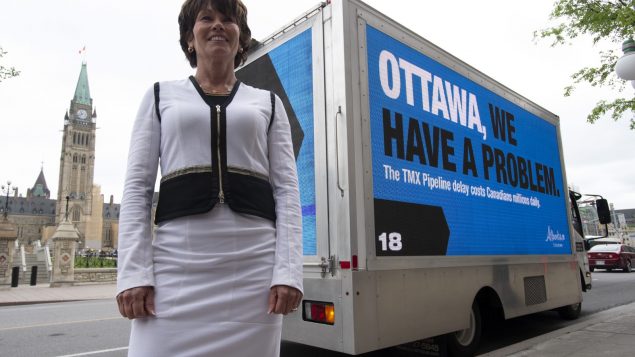 Energy Minister Sonya Savage poses in front of the Parliament Buildings in Ottawa on May 29, 2019. Savage says it's a good time to build a pipeline because public health restrictions limit protests against them. She made the comment Friday in a podcast hosted by the Canadian Association of Oilwell Drilling Contractors. (THE CANADIAN PRESS/Adrian Wyld)

Sonya Savage says the time is absolutely right to build a pipeline.

Not especially surprising, given that she is Alberta’s energy minister and was speaking on a podcast hosted by the Canadian Association of Oilwell Drilling Contractors.

“Now is a great time to be building a pipeline because you can’t have protests of more than 15 people,” Savage told host John Bavil.

“Let’s get it built,” said Savage, referring to the Trans Mountain Expansion project, which is under construction on its route between Edmonton and Vancouver.

Bavil chuckled, Savage did not.

“People are not going to have tolerance and patience for protests that get in the way of people working,” she said on the podcast, which was posted on the association’s website. 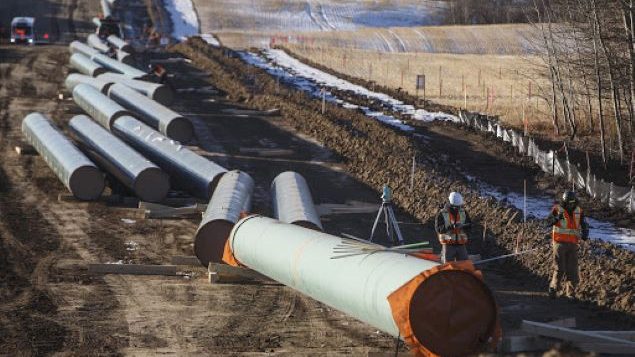 “People need jobs, and those types of ideological protests that get in the way are not going to be tolerated by ordinary Canadians.”

Savage reiterated she was optimistic about the expansion of the project, which has already completed 57 per cent of construction on its phase one stretch heading west from Edmonton.

Savage’s spokesperson, Weber reports, acknowledged in an email to CP that Savage was on the podcast.

“We respect the right to lawful protests,” said Kavi Bal.

“I would note that the limitations to public gatherings … have benefited no one – including project proponents and any opposition groups.”

Both Alberta and British Columbia ban gatherings of over 50 people, and groups are subject to physical distancing of at least six feet between people.

With files from The Canadian Press (Bob Weber)