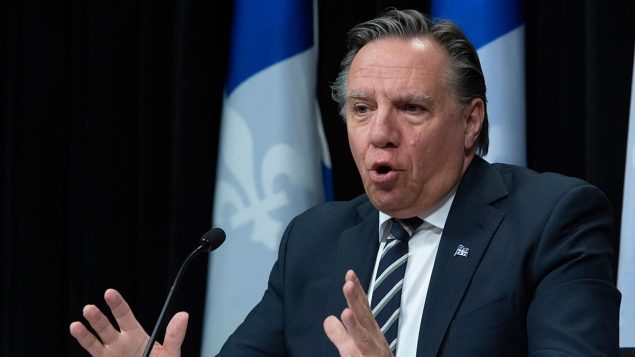 Quebec Premier François Legault hints that he may not be so quick to shut the door to asylum seekers working in long-term care facilities to apply for immigrant status. (CBC News)

Legault hints at opening the front door to asylum seekers

The premier of Quebec appears to be walking back comments he made last week that seemed to slam the door on allowing asylum seekers working on the front lines of the COVID-19 crisis to stay in the province by applying as immigrants.

“We can’t open the door and say, ‘If you come illegally, and if you find work, it’s OK, we’re going to accept you as an immigrant,’” François Legault said Thursday at his daily press briefing.

It now appears that may not be so.

Under pressure from lawyers representing immigrants and humanitarian groups — including a demonstration last Saturday — Legault said Monday he will reconsider his position. 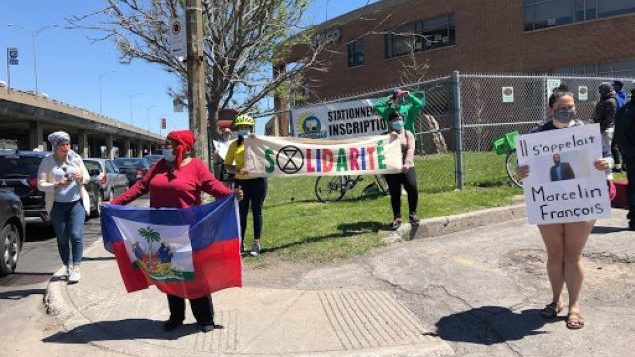 Demonstrators, keeping a safe distance between them, staged a demonstration in Montreal on Saturday in support of asylum seekers. The demonstrator on the right holds a sign with the picture of Marcelin François, an asylum seeker who worked as a patient attendant and died of COVID-19 last month. (Valeria Cori-Manocchio/CBC)

Legault, whose populist Coalition Avenir Québec (CAQ) won a provincial election in October 2018 partly by saying potential immigrants would have to pass a “values” test, said he would ask his immigration minister, Simon Jolin-Barrette, to look at the situation on a case-by-case basis, as a way of saying “thank you.”

Quebec has the exclusive responsibility of choosing immigrants and refugees still living in their own countries and wishing to relocate to the province, but asylum seekers are a federal jurisdiction, so Jolin-Barrette will have to talk to his federal counterpart, Marco Mendicino, about the situation.

Asylum seekers make up a large portion of the so-called “guardian angels” Legault has praised in his daily briefings — orderlies, working in the province’s troubled long-term care homes, known as CHSLDs, who have no guarantee they’ll be allowed to stay in Canada.

A great many of them are from Haiti, who crossed into Canada at Roxham Road in 2017, an entry point for asylum-seekers coming from the U.S. 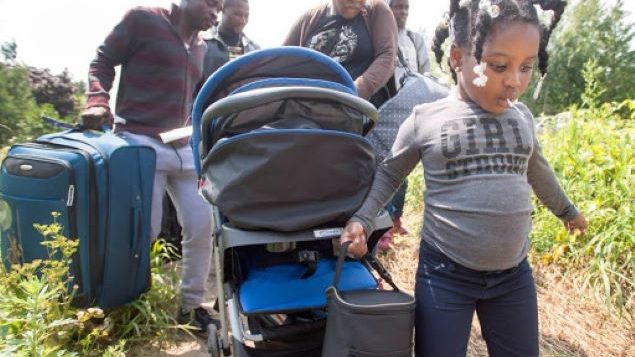 While the province says it has no record of the total number of asylum seekers doing work in long-term care homes, Marjorie Villefranche, executive director of Maison d’Haiti, estimates that about 1,200 of the 5,000 Haitian asylum seekers the organization has helped since 2017 have become orderlies.

It should be noted that Legault, who said last week he was mulling over a complete overhaul of the long-term care system, issued no promises about asylum seekers on Monday. 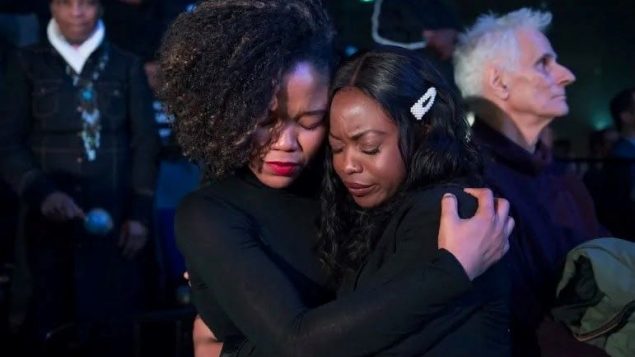 Two women embrace during an event in Montreal in January to commemorate the ten-year anniversary of the Haiti earthquake. Many members of Montreal’s Haitian community — many of them working at long-term care homes — are on the front lines of the fight against COVID-19. (THE CANADIAN PRESS/Graham Hughes)

Legault said he would try to strike a balance between giving thanks to those working in the residences and not setting a precedent.

“We have to be careful. I don’t want to send the message that in the future we will accept everybody if they find a job in Quebec,” he said.

“But we also have another situation where it’s really critical to get more people working in our CHSLDs. So those people, they are already working in CHSLDs. So how can we bring them via the normal immigration process? That’s what I’m looking at.” 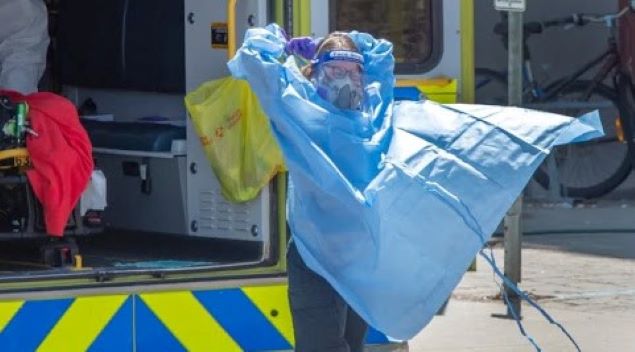 The wind catches the protective gown of a first responder as she gets ready to transport a patient to the emergency department of Montreal’s Verdun Hospital in April. (THE CANADIAN PRESS/Ryan Remiorz)

Quebec reported 85 additional deaths linked to COVID-19 on Monday, bringing the total number to 4,069 since the beginning of the pandemic.

About 80 per cent of the deaths have come at long-term care homes.