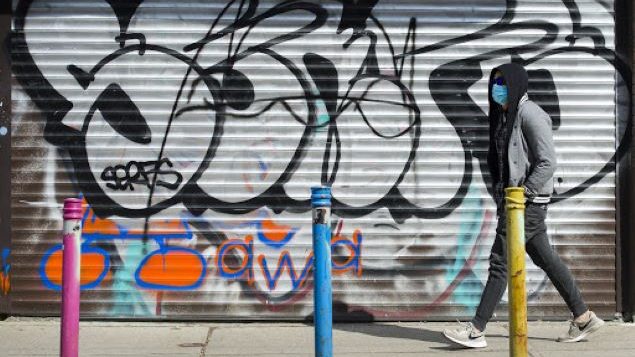 A lone person walks the empty streets and shuttered shops in Kensington Market in Toronto on April 15, 2020. Like the first three months of 2020, April will likely prove itself more than just a tad cruel. (THE CANADIAN PRESS/Nathan Denette)

New data from Statistics Canada shows Canada’s economy suffered its sharpest quarterly drop since the 2009 financial crisis in the first three months of this year.

Gross domestic product dropped at an annualized 8.2 per cent.

Economists had anticipated a 10 per cent decline.

The agency also released preliminary estimates for April that show an 11 per cent plunge in output, versus a 7.2 per cent drop in March when coronavirus restrictions were first imposed halfway through the month. 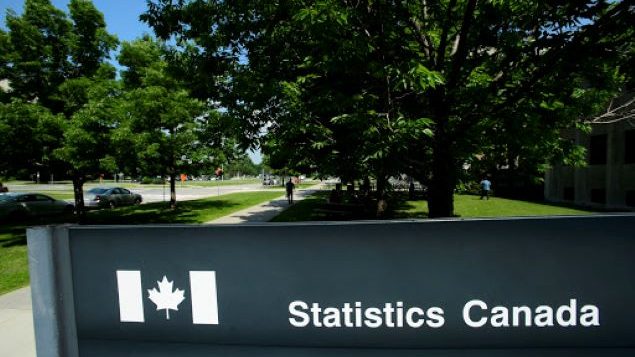 Statistics Canada building and signs are pictured in Ottawa on July 3, 2019. While the agency sure looks pretty on the outside, those economic numbers the agency is punching will not be winning any beauty contests. (THE CANADIAN PRESS/Sean Kilpatrick)

The new figures come a week after Statistics Canada reported that retail sales fell 10 per cent in March as non-essential business began shutting their doors in the middle of the month due to the COVID-19 pandemic — a plunge that was more than twice as bad as the previous record of 4.5 per cent, set in February 1998.

The 8.2 per cent pace of contraction, the CBC’s Pete Evans reports, puts Canada right in the middle of its G7 peers. 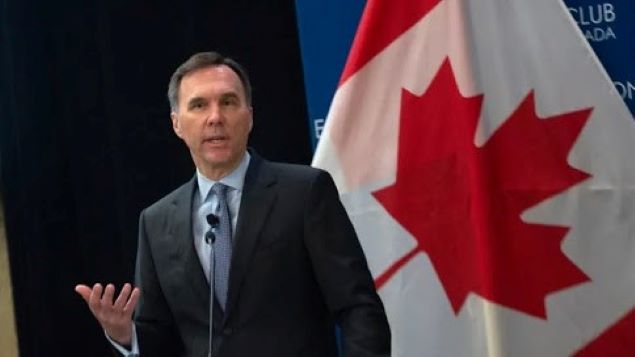 Canada’s economy did worse than Japan’s, which shrank at a 3.4 per cent pace in the first quarter.

But Canada fared much better than Italy and France, which saw their economies shrink at paces of 17.7  and  21.4 per cent in the same period.

Real GDP in the United States fell 5 per cent, the statistical agency said.

Evan notes that while the vast majority of the contraction came in March when the pandemic hit, January and February’s numbers weren’t overly strong to begin with, due to pre-existing drags such as rail blockades across the country, and a teacher strike in Ontario in February.