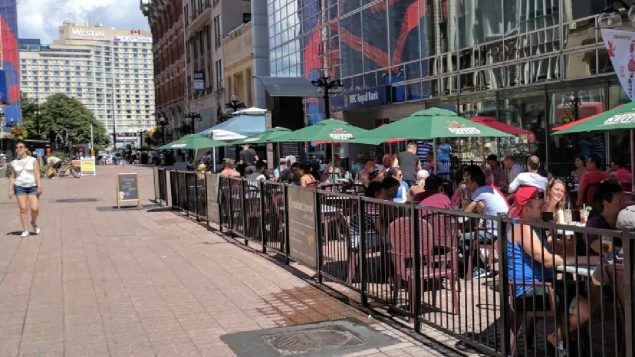 The message from the Ontario provincial government includes explicit bans on singing —even dancing — in parts of its plan to reopen businesses temporarily shuttered by the virus outbreak. (Joe Lofaro/CBC)

Provinces across Canada are slowly starting to relax restrictions due to the COVID-19 virus. This includes Ontario, the most populous province by far which has enacted its Emergency Management and Civil Protection Act.

Much of the province is now moving on to ‘stage 2’ of the reopening process which means that restaurants and bars can start to reopen outdoor patios but also with limits on numbers and with social distancing rule, as can child daycare centres, and summer day camps for kids.  But the rules say, no singing, no dancing.

Places of worship can also reopen, with limits on the numbers of worshippers. The Apostle Paul said in Ephisians 5, “ be filled with the Spirit, 19 speaking to one another with psalms, hymns, and songs from the Spirit. Sing and make music from your heart to the Lord, 20

For the time being however, that’s being discouraged by the government, while it’s been banned outright for the patios, daycares and camps.

Officials and medical staff say its because singing can spread more virus.

Hayley Chazan, a spokesman for provincial Health Minister Christine Elliott, said “Transmission may occur through both normal speech and singing, in addition to more commonly understood routes such as sneezing and coughing, Evidence indicates singing may involve a greater risk than normal speech, especially singing loudly”. 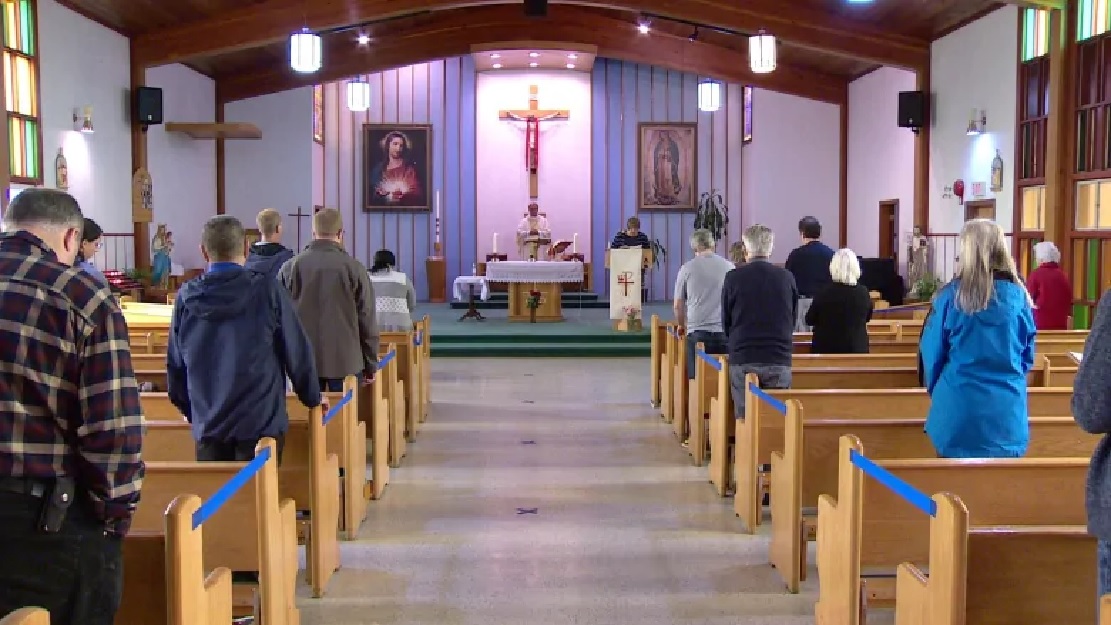 As an example of how churches have to operate, several pews at Sacred Heart Cathedral in Whitehorse have been blocked off so that worshippers keep their distance. NO singing though (Steve Silva/CBC

The concern may come from an event in Washington where some members of a Presbyterian choir gathered for a practice, Apparently one member unknowingly spread the virus to many others, two of whom later died.

Ontario is not alone in halting singing. Churches in Germany reopened last month but worshippers are not allowed to sing there either, and churches in England reopened this week but with the same rule against singing.

As for dancing, no particular mention but one can presume that as an exercise it may cause heavier breathing in close contact with a partner.

Note that not all of Ontario will be moving to stage 2, Areas in and around the greater Toronto-Hamilton area including Niagara, and Windsor-Essex have continued higher numbers of infections and will remain at stage 1.