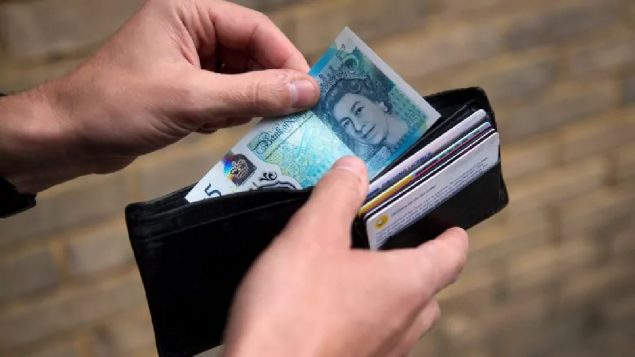 A new survey has breathed some life into the idea of a guaranteed annual income. Most Canadians are in favour but a large number think the rich should pay. At the same time many also think Canada can't afford it. (Justin Tallis-AFP-Getty Images)

The idea is that everyone should get enough money to live on, job or not, to a level at least up to the poverty line in Canada through a monthly benefit.

A new national poll by the non-profit  Angus Reid Institute, noted that most Canadians would favour such a policy and whether it would entail an annual benefit income from $10,000 to $30,000. 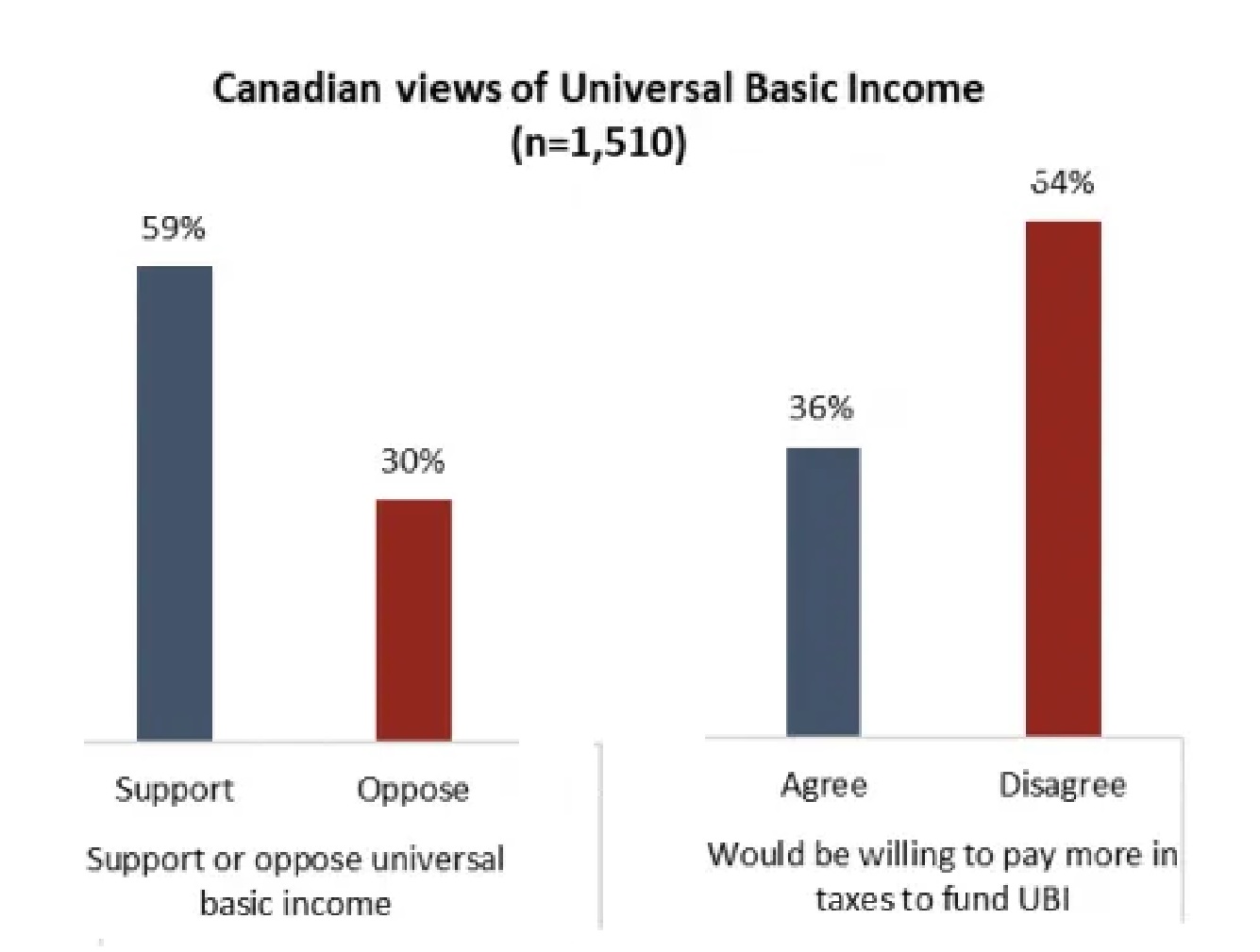 Although the number of people in Canada considered to be living in poverty has been declining, Statistics Canada, the federal statistics gathering agency noted earlier this year that there are betwen 3 and four million Canadians considered to be living in poverty. The figure depends on the formula of calculation but it is a number that also includes over 500,000 children. One determining method is the ‘market basket measure’ (MBM). The MBM definition states that a “family lives in poverty if it does not have enough income to purchase a specific basket of goods and services in its community.”

The MBM includes costs of food, clothing, footwear, transportation, shelter and other expenses for a family of two adults, or two adults and two children.  For example the poverty line for two adults living in rural Ontario would be approximately an income of $26,000.

Right now in Canada an emergency, and temporary, programme of financial aid is bridging the income gap for some seven million Canadians who have lost their jobs or had hours reduced due to mandatory shutdowns related to COVID-19 emergency health restrictions. 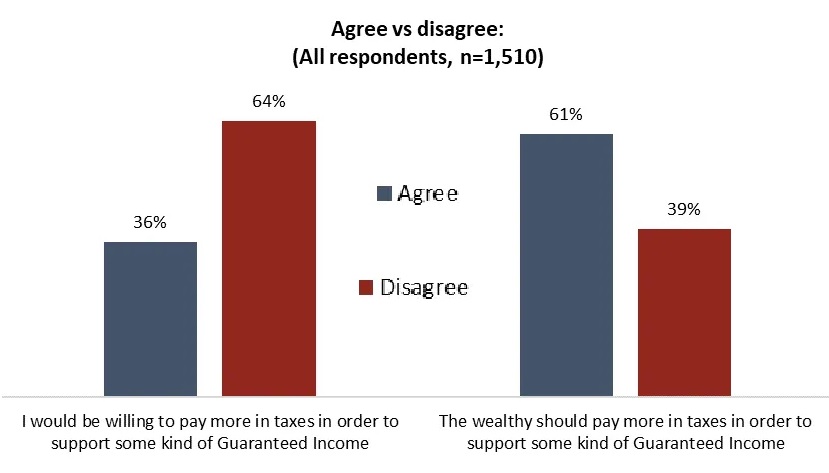 The programme called the Canada Emergency Response Benefit (CERB) was just extended for another eight weeks as the economic recovery is slow and unemployment still high.  Last month the opposition New Democratic Party said CERB should be transformed permanently into a universal basic income (UBI). This was rejected by the governing Liberals.

As to who should pay for it, most say the wealthy should be taxed more, but perhaps surprisingly a substantial number (36%) said they would be OK with paying more taxes to support the idea. Opposition grows however, the higher the income. 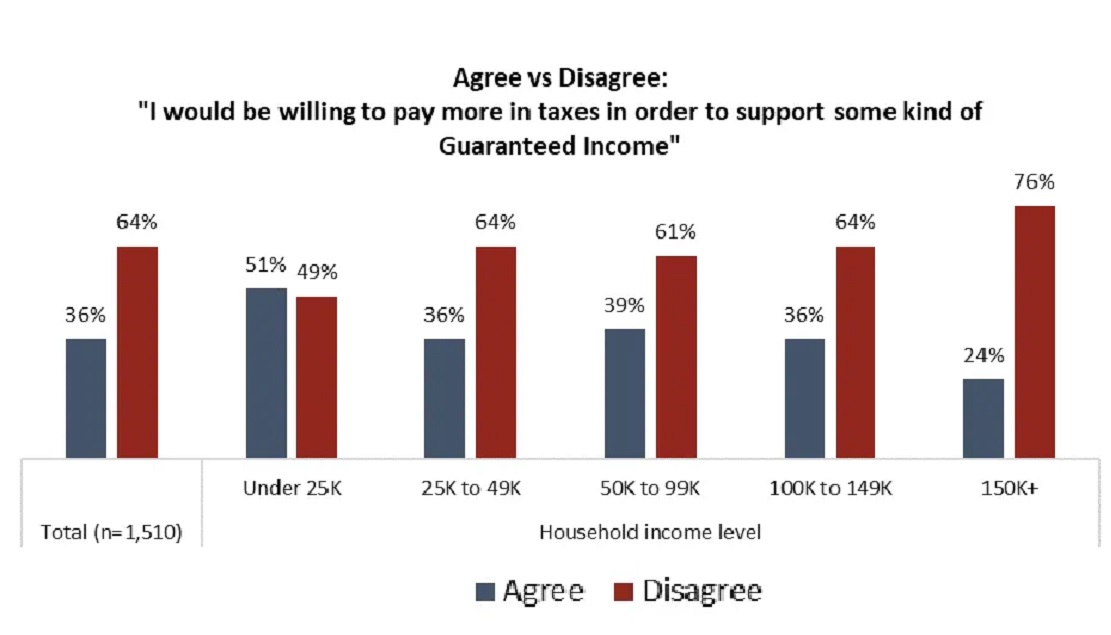 Nevertheless, Canadians are close to being split on whether the country could afford such a concept with 54 per cent saying it’s too expensive to afford and  48 per cent thinking it’s affordable. The numbers are almost exactly the same for those saying it would  discourage people from seeking work ( 55% agree, 45% disagree).  Oppostion also comes from people who feel that a guaranteed income would result in people simply not trying to seek work to support themselves of farmily. 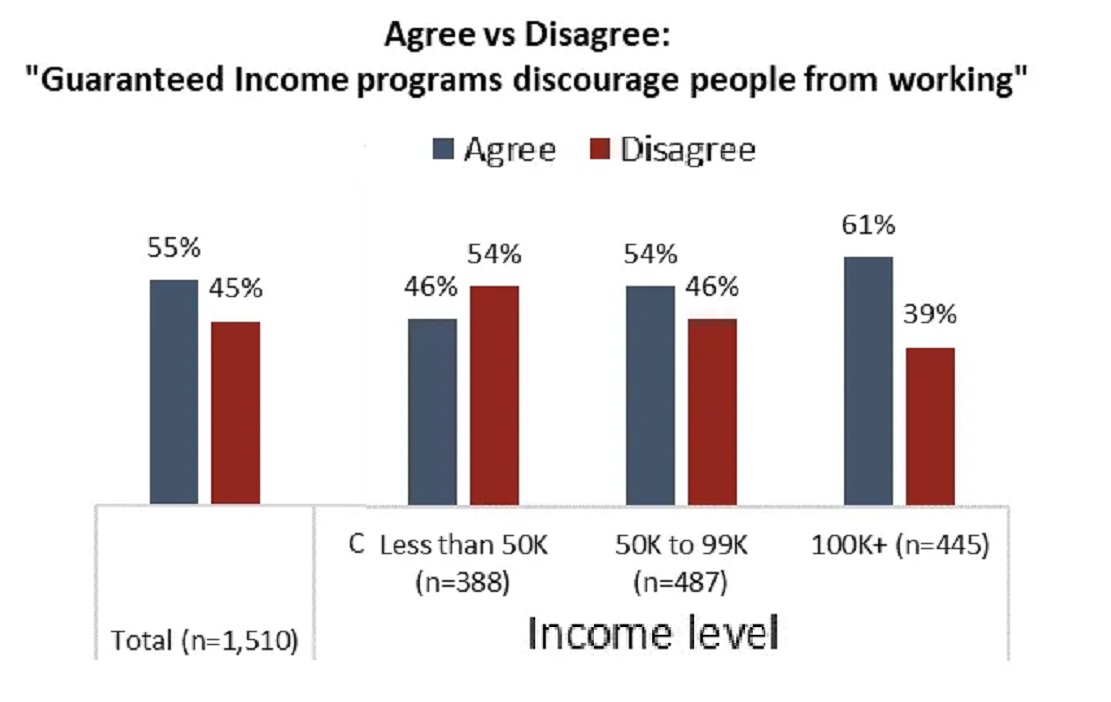