Toronto Mayor John Tory dons a face mask last week at a press conference. City council voted to make the masks mandatory in all indoor spaces as of tomorrow. (CBC)

Toronto  makes masks obligatory; soon elsewhere in much of Ontario

Canada’s largest city has followed through on a health recommendation and voted to make mask wearing mandatory in all public buildings.

Days after the city made masks mandatory on public transit, council voted yesterday to extend the order to all public buildings. The order will begin tomorrow and remain in place until at least September 30 but Toronto Mayor John Tory said the order could be extended.  Durham region, which is part of the greater Toronto area (GTA) is also making masks mandatory in public indoor settings. This includes shopping malls, convenience stores, museums, houses of religion, enclosed farmer’s markets, and basically any indoor public space.

There have been many complaints about the heavy fines handed out in areas across the country for contravening health restrictions such as simply walking through closed city parks for example. Mayor Tory says he doesn’t expect aggressive enforcement of the mask rules, although fines for such simpler contraventions have been around $880. 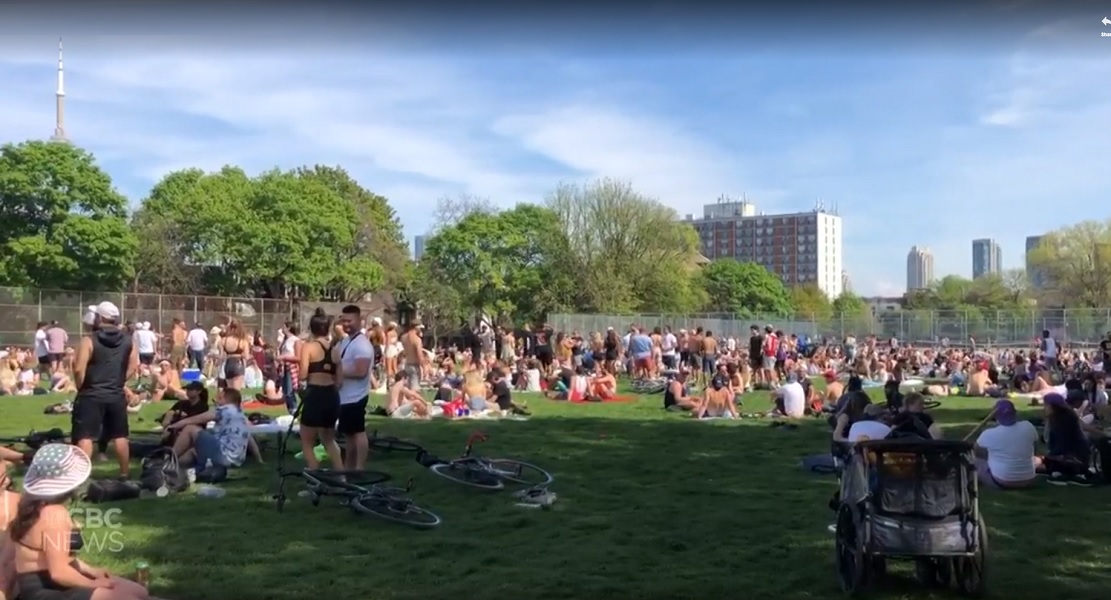 There was public and official anger as crowds gathered in a Toronto park in late May in spite of social distancing orders. However, there was apparently no increase in virus spread as a result (CBC News)

An announcement is to come this afternoon about likely mandatory mask wearing in the national capital, Ottawa, and in areas throughout eastern Ontario.

These moves come in spite of  the numbers of coronavirus cases dropping.   In late May in Toronto there was official and general public  shock and outrage when thousands gathered to enjoy a sunny summer-like day in a local Toronto Park, Trinity-Bellwoods, in spite of orders for social distancing. Officials said the people were being irresponsible as there was a huge risk of spreading the virus. However, it seems no spike in cases occurred. 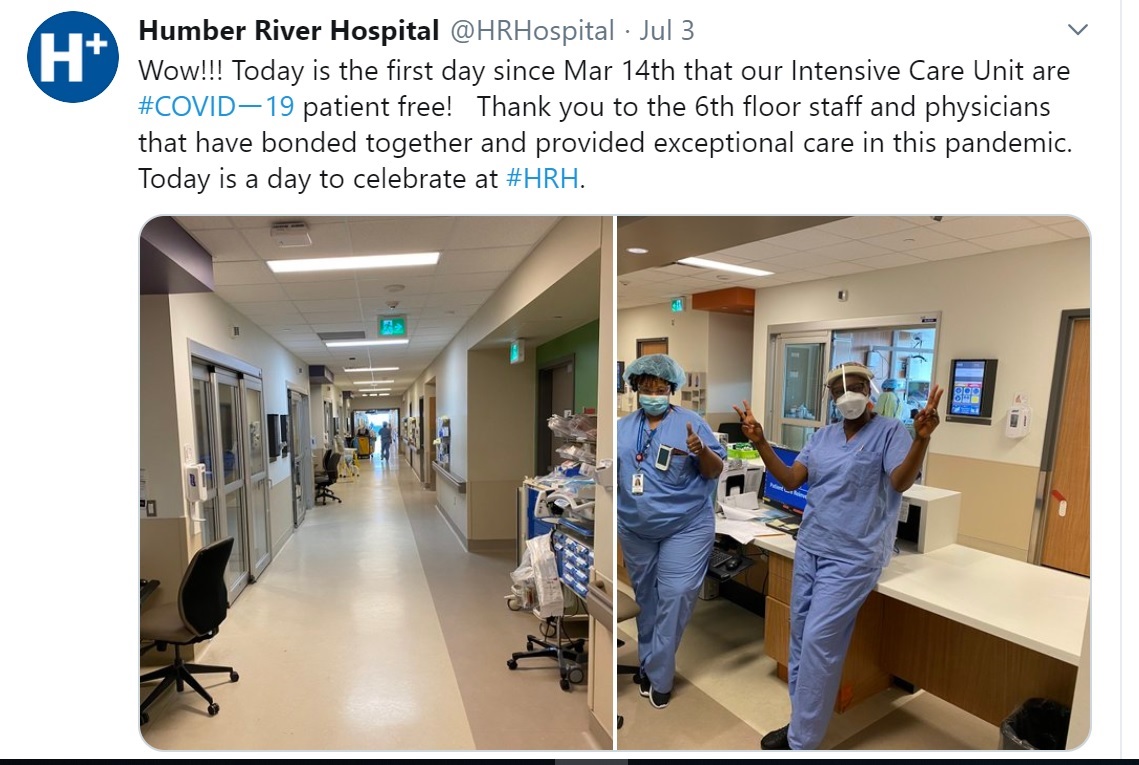 One Toronto hospital, Humber River  Hospital, is reporting that as of Friday  for the first time in months, they have no COVID patients in their intensive care unit.

For 11 of the past 12 days, the province has reported fewer than 200 new positive tests per day. The latest figures show Ontario has had  35,794 positive tests, with almost 88 per cent recovered and  2,689 deaths.