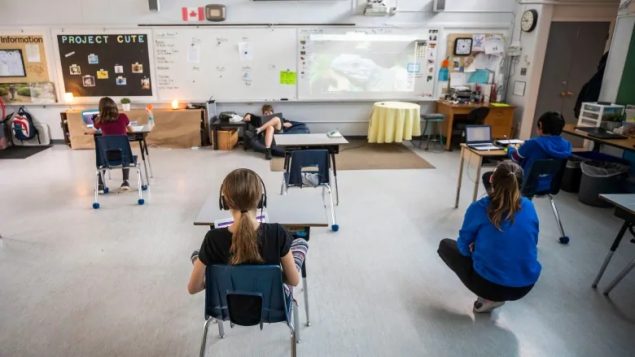 Students attend a school designated for children of essential service workers in West Vancouver in June. A new poll shows nearly a quarter of Canadians don't know yet if they will send their kids back to school this fall. (Ben Nelms/CBC)

As return to school looms, parents ponder their choices

As Canada continues to look for ways to return to something at least resembling normal, a new public opinion poll suggests that just under a quarter of Canadians are unsure if they will send their children back to school when–and if–schools open this fall.

The poll was conducted last week by Léger and the Association for Canadian Studies.

It comes as September approaches and Canadian provinces wrestle with ways to get children back in class when the morning bell sounds.

The poll found more than half of respondents (59 per cent) said they would send their children to school if there is some type of classroom instruction at least a few days a week.

Eighteen per cent said they would keep children at home.

The remaining 23 per cent said they didn’t know.

“We’re five weeks away from what’s a normal back-to-school time and still a quarter of parents don’t know what they’ll do,” Léger vice-president Christian Bourque told The Canadian Press.

“A lot of it is still up in the air because provinces have really not made all their decisions.”

The poll also found that 41 per cent of respondents were more worried about personally contracting COVID-19 if schools reopen.

Forty-eight per cent said it did not change their fears either way.

Parents were closer to agreement on implementing safeguards to prevent students and teachers from contracting COVID-19, including mandatory temperature checks for children (82 per cent support), protective masks for school staff (81 per cent) and screening questionnaires (77 per cent).

Two-thirds of the respondents supported students having to wear masks.

“All of this in terms of trying to protect staff and children seems to be making sense to parents,” Bourque said.

“People still feel the importance of safety first, protection first, over the fun of being in school.”

Respondents were also asked how they would do if a student or teacher in their child’s class tested positive for COVID-19. 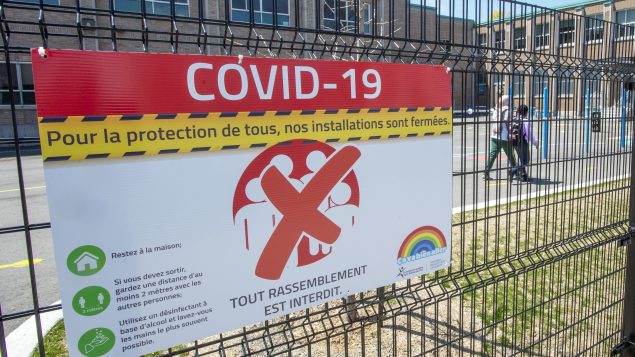 An elementary school in Montreal is seen in May. A new poll suggests more than half of parents in Canada plan to send their kids to school if and when they reopen, but that a significant number remain on the fence amid concerns about COVID-19. (THE CANADIAN PRESS/Ryan Remiorz)

Forty-five per cent said they would respond by following the school’s advice.

Half said they would keep their child home for at least two weeks (30 per cent) or indefinitely (20 per cent).

“This will require a lot of flexibility from employers in the fall because most people expect that we will be confronted with some type of hybrid model of how our children go back to school,” Bourque told CP’s Lee Berthiaume.

The online poll of 1,517 Canadians over age 18 cannot be given a margin of error because it is not a random sample.