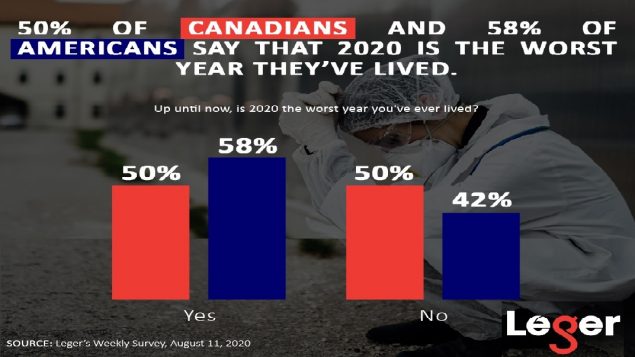 A survey released today has sought Canadian and American opinions on personal experiences in this most unusual year.

The survey by the Leger polling firm asked several questions related to COVID including thoughts on whether this has been the worst year in people’s lives. 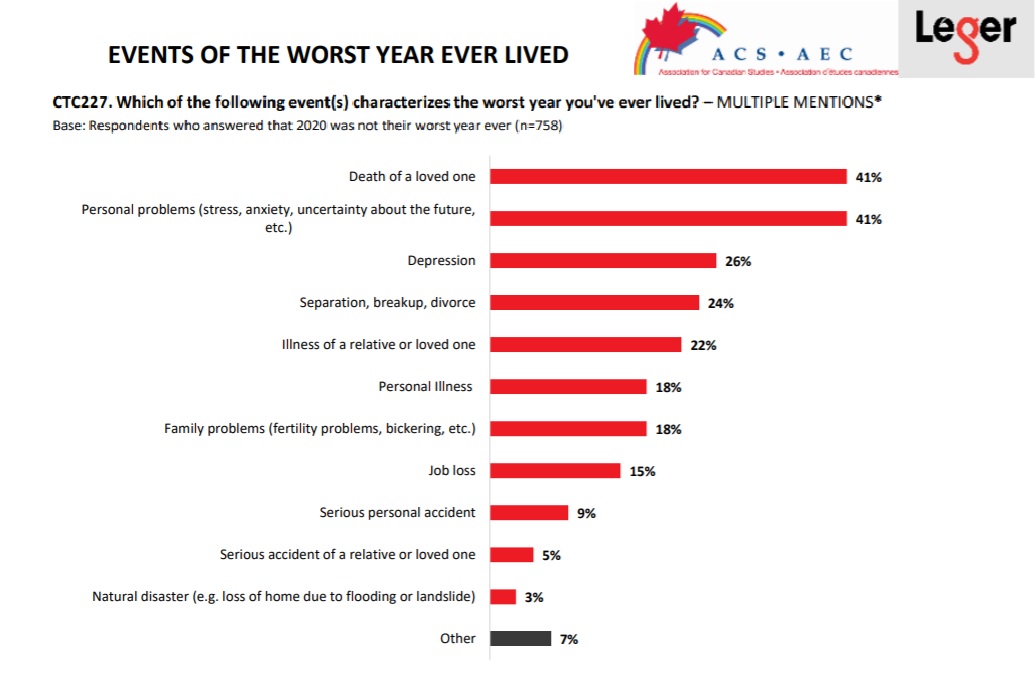 As to the likelihood of a second wave of the virus, a majority felt it was coming (78%) and that another lockdown with business closures and stay-at-home orders were likely or very likely (64%). The total results were similar for both the U.S and Canada although the U.S response for ‘very likely’ was much higher (30% vs 17% for Canada).

COVID tracking app? Yes! but no.

As to the new national COVID tracking app, most Canadians think its a good idea (73%).

In spite of that enthusiasm for the idea of a tracking app, perhaps conversely only 27 per cent think it will actually help. Additionally 46 per cent said they will not download it while a majority, (52%) also said they don’t believe the government claims of not collecting personal information and geolocation.

As to how well people had been coping emotionally during the crisis, 35 per cent of Canadians said their mental health was very good to excellent while 48 per cent said “good” and 15 per cent responded bad to very bad.

Americans indicated they were doing somewhat better with 42 per cent at this stage saying their mental state was very good to excellent.