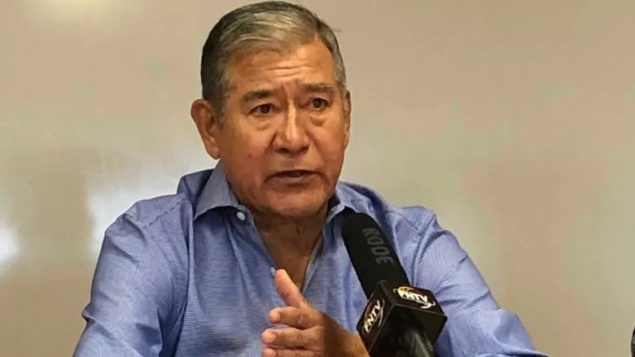 Long-time Mohawk Council of Kahnawake Grand Chief Joe Norton, who died at 70 on Friday, was a force to be reckoned with when it came to defending--and fighting for--Indigenous rights. (Jessica Deer/CBC)

Joe Norton, a no-nonsense down-to-earth Indigenous leader, is dead at 70

Joseph Tokwiroh Norton, a straight-talking, no-nonsense, down-to earth man who spent much of his life fighting for the rights of members of the Mohawk Nation and other Indigenious people in Canada, has died.

Norton, who served for nearly 30 years as the Grand Chief of Kahnawake, across the St. Lawrence River from Montreal, was 70.

The Mohawk Council of Kahnawake confirmed Norton’s death shortly after 9:30 p.m. Friday, saying he suffered a fall at his home in the afternoon and had been taken to hospital. 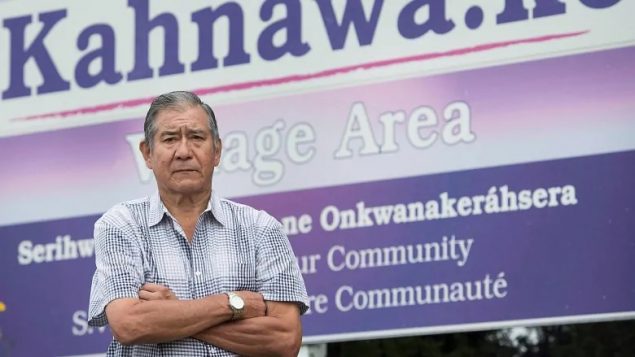 “He became known as a strong voice for Indigenous solidarity, defiance and determination. As a statesman, he carried a vision in continually striving for the advancement of Indigenous governance,” the council said in a statement.

Yesterday, we lost Grand Chief Joe Norton, who was a dominant force in First Nations leadership for more than three decades. He was also a wonderful friend and mentor, and was always warm and supportive. My thoughts are with Joe’s family as he journeys to be with our Creator.

Assembly of First Nations Chief Perry Bellegarde described Norton as “a dominant force in First Nations leadership for more than three decades” as well as a wonderful friend and mentor in a tweet on Saturday.

Prime Minister Justin Trudeau also tweeted his consoldenes, writing that Norton was a “passionate advocate for his community and served with distinction.”

For three decades, Grand Chief Joseph Norton was a passionate advocate for his community and served with distinction. He leaves behind a remarkable legacy – and my thoughts are with his family, friends, and entire community as they mourn his passing.

“He was someone who stood up for his community, his people, his nation. He was a man who gave almost his whole life to leadership in his community, and he made a great contribution to Kahnawake and to Indigenous rights and Indigenous causes right across Canada. He was an extraordinary individual.”

Norton first gained public attention as a key Mohawk negotiator during the 1990 Oka Crisis--a 78-day standoff between Quebec Mohawks and Canadian soldiers over the proposed expansion of a golf course near the town of Oka.

(In 2002, Norton was honoured with a National Aboriginal Achievement Award (now known as Indspire) for Public Service in 2002, for his role as a key negotiator in the Oka crisis.) 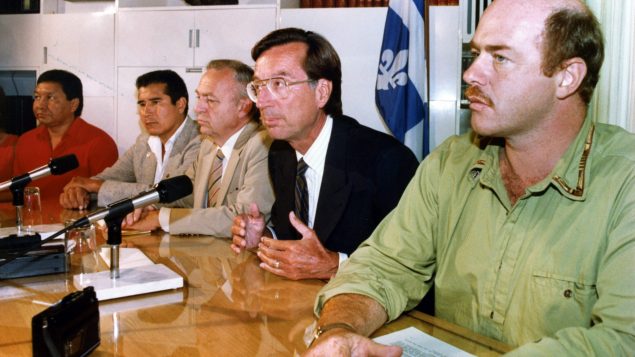 Members of the Quebec government and Native leaders talk to the media in Quebec City regarding a preliminary agreement to remove the barricade at Oka. on Aug. 2, 1990. From left are Lauwrence Cantoreille, Joe Norton, Mohawk chief of Kahnawaka, John Ciaccia, minister of Native Affairs, Quebec premier Robert Bourassa and Konrad Sioui, of the Assembly of First Nations. (Clement Allard/THE CANADIAN PRESS)

This past February, Norton spoke out against a court order to dismantle a railway blockade in the community, which had been erected in support of Wet’suwet’en hereditary chiefs, saying Quebec provincial police and the police service operated by the Canadian Pacific Railway had no place in the community.

A long-time ironworker, a former star lacrosse player and a fluent speaker of Kanien’kéha, Norton was first elected to the Mohawk Council of Kahnawake in 1978 and became grand chief in 1982, serving until his retirement in 2004.

He returned to politics in 2015 and was elected leader once again. 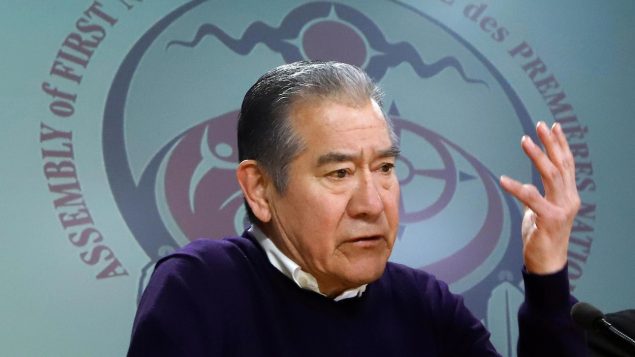 In June he went on leave following a medical procedure to install a pacemaker, but was expected to return.

“He had a pacemaker put in a little while back but he was fine. He was participating in our council meeting this Monday.”

In May 2019, I spoke to Norton after he returned from a three-day meeting in Winnipeg to discuss a proposed federal settlement for survivors of Indian Day Schools.

Here is that interview.

With files from CBC News (Jennifer Yoon), The Canadian Press