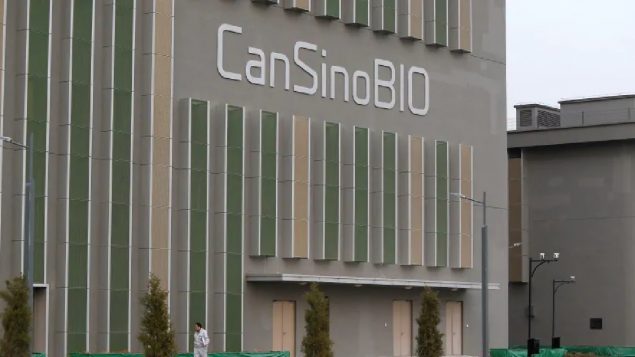 Chinese vaccine maker CanSino Biologics' sign is pictured n Tianjin, China in 2018. The company developed a vaccine with the help of Canadian technology. Canadian officials won't reveal how much Canada invested in a deal to see vaccines sent here for trials which hasn't happened (Reuters)

Canada’s COVID-19 vaccine deal with China is over

In the midst of a bitter diplomatic dispute with China, Canada made a deal with a Chinese firm to develop a COVID-19 vaccine.

The chill between the two countries is over the detention of Huawei executive Meng Wanzhou on a U.S extradition request, and the retribution arrest and imprisonment in China of two Canadians on allegations of spying.

CanSino was founded by Yu Xuefeng, who got his PhD at Montreal’s McGill University and worked at France’s Sanofi Pharmaceuticals operation in Toronto for nine years before returning to China to start the firm

The company received cell lines created in Canada at the National Research Council (NRC), originally to produce a successful Ebola vaccine. In this later deal with Canada, the Chinese firm uses more of the NRC cell line technology to develop the COVID-I9 vaccine

The vaccine developed from the Canadian created cell-line, Ad5-nCoV was to be sent to the Canadian Centre for Vaccinology at Dalhousie University in Halifax, Nova Scotia, for Phase 1 trials in late May.  Those shipments have never been sent. 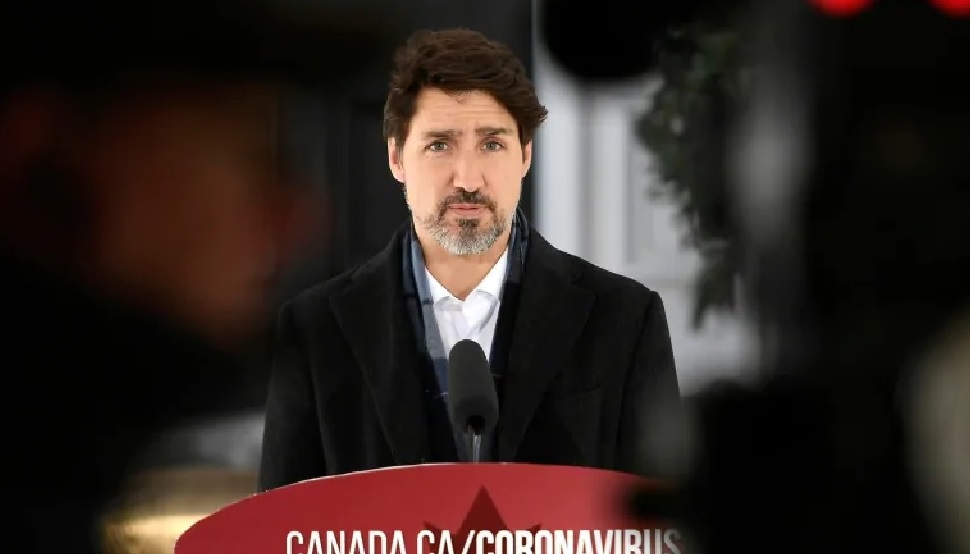 In May, Prime Minister Trudeau said of the deal with China, “If these vaccine trials are successful, we can produce and distribute it right here at home,”. It now appears that will not be the case. (Justin Tang- CP)

Fortune magazine notes CanSino and partner, the Academy of Military Medical Sciences, were the world’s first to move into Phase 2 trials, which have shown to be relatively promising.  In June the vaccine was approved for use by Chinese military forces.

CanSino for its part is blaming Chinese bureaucracy for refusal to ship the vaccine to Canada, although the Globe and Mail reports that China has permitted other vaccine candidates to be shipped to other countries for wider testing.

The NRC now says the delay means it is focussing on other partners and priorities and that the deal is “over” according to NRC president Iain Stewart.

However, the The Globe and Mail also reports that the licence to use the Canadian developed cell-line is non exclusive meaning Canada cannot claim any revenue if the vaccine proves successful.

China has filed a patent in that country, and it is expected that it has also filed a patent in Canada. An aspect of the deal with CanSino would have allowed Canada to produce the vaccine here for testing and for wider emergency use if needed, but as the agreement seems no longer to hold, that possibility also seems to have ended.

However, an amendment to the patent act would allow Canada to make and use a patented product in the event of a public health emergency. That amendment is time limited meaning the option expires on September 30, about a month away.

Professor Matthew Herder, Director of the Health Law Institute at Dalhousie University, wonders why the short deadline when at the time of the amendment it was expected a vaccine wouldn’t beready until 2021 and speculates the amendment may be an aspect of China’s refusal or delay in shipping the vaccine to Canada as per the agreement.

When Global News asked how much money Canada had invested in the deal with China, an NRC spokesperson said the deal was confidential and could not be shared.

The Canadian government has since signed deals with two other pharmaceutical firms, Pfizer and Moderna, for millions of doses of vaccine to be ready in 2021. Both are working on separate vaccine technologies.

In March at the onset of the pandemic, the Prime Minister’s website said the government was investing $1 billion in support of vaccine development and trials. Some $23 million was going to the University of Saskatchewan’s Vaccine and Infectious Disease Organization-International Vaccine Centre (VIDO-Inter Vac)

In August, 39 countries signed an international understanding to share resources in dealing with the virus. Many developed countries including Canada and China have not signed on.