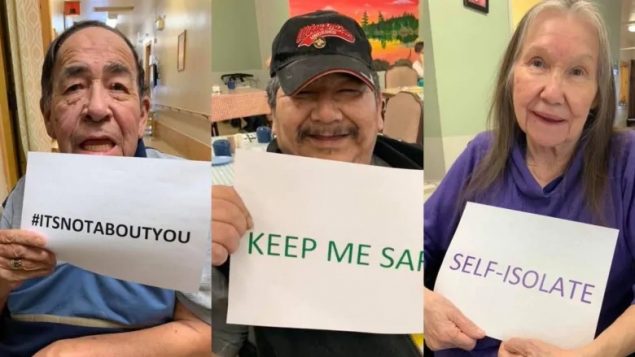 Ottawa has announced $82.5 million in new funding for Indigenious communities to help address increased mental health needs brought on by the COVID-19 pandemic.

Indigenous Services Minister Marc Miller, who made the announcement Tuesday, said the funding is aimed at expanding “culturally appropriate services” such as on the land, community-based programs, mental wellness teams, virtual counselling and substance use treatment services.

The CBC’s Jorge Barrara reports that–according to Miller–pre-existing, intergenerational trauma in Indigenous communities — as a result of residential schools and the current child welfare system — has been “exacerbated” by the pandemic. 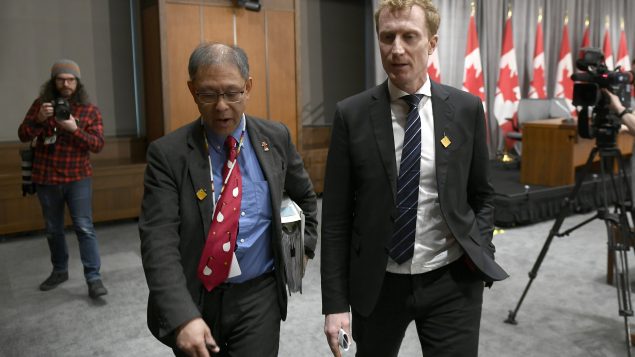 Dr. Tom Wong, Chief Medical Officer of Public Health at Indigenous Services Canada, left, and Minister of Indigenous Services Marc Miller leave a press conference on COVID-19 in West Block on Parliament Hill in Ottawa, on March 19 as the country began grappling the the growing pandemic. The day before Ottawa had announced $305 million to help Indigenous communities cope with COVID-19. (THE CANADIAN PRESS/Justin Tang)

“This has caused and increased mental health challenges for individuals and communities as a whole,” Miller said.

“Prior to the pandemic, demand for counselling and mental wellness support was already trending upward.”

Miller’s words are supported by a Statistics Canada survey released in June that found the impact of COVID-19 on Indigenous people has been severe.

Miller told reporters Tuesday that Indigenous Services Canada’s Hope for Wellness Help Line has received 10,000 calls and chats between this past January and April

That represented a 178 per cent increase when compared to the same time period last year, which saw 3,602 calls and chats. 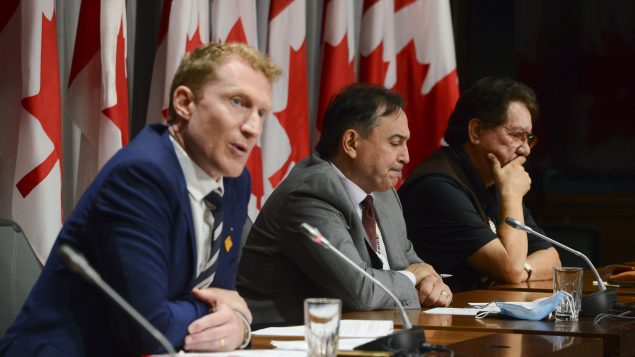 The First Nations Health Authority, which provides health services to First Nations in British Columbia, also reported that overdose deaths doubled between January and May 2020 when compared to the same time period the previous year, according to Miller.

Miller said the $82.5 million will be divided between First Nations, Inuit and Métis regional organizations, which will determine how the new money will be used.

He also said the department will also continue to support youth in the child welfare system who would have aged out of care during the current pandemic period, until March 2021.

The new funding comes on top of $305 million announced earlier this month to support Indigenous people community initiatives aimed to prevent, prepare and respond to COVID-19 in First Nations, Inuit and Métis communities.

That funding came from the Indigenous Community Support Fund, which has already allocated $380 million in funding to over 260 Indigenous communities and organizations. 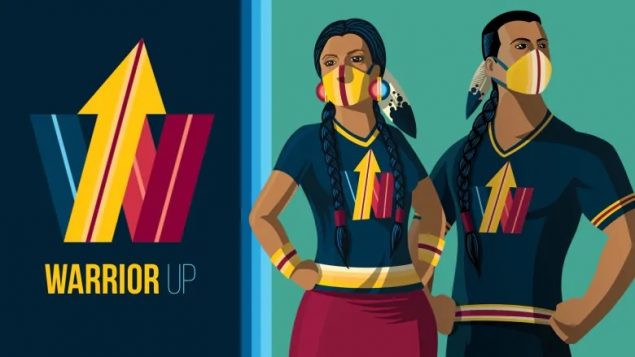 IllumiNative partnered with Indigenous artists, influencers, and leaders to spread the word and invite others to #WarriorUp against COVID-19. (IllumiNative)

In March, the federal government announced $305 million in funding for Indigenous communities to deal with the pandemic.

In May, the federal government announced it was making an additional $650 million available for Indigenous communities to deal with COVID-19 needs and to prepare for a potential second wave of the pandemic.

At the time, Miller said Indigenous Services Canada has made over $1.3 billion available to Indigenous communities to deal with pandemic-related needs since mid-March.

Miller said Tuesday Indigenous Services Canada is also preparing to support communities as they plan for the reopening of schools — providing non-medical face masks for children and hand-sanitizing stations in schools.

Today in Toronto, as part of his $2 billion funding announcement to help provinces and territories re-open their schools and economies safely, Prime Minister Trudeau pledged $112 million for First Nations communities to ensure a safe return to school on reserves.

“The full impact of COVID-19 on the mental health and wellness of Indigenous peoples and communities will likely not be fully appreciated until long after we emerge from the pandemic,” Miller said.

To date, there have been 437 COVID-19 cases reported on-reserve, and 411 have recovered.