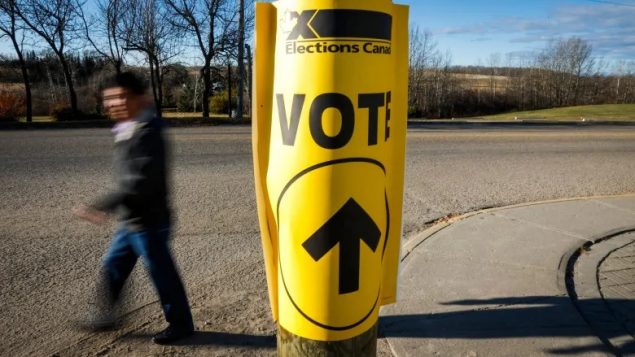 Elections Canada is currently ramping up its plans for a vote that could come as early as this fall. (THE CANADIAN PRESS/Jeff McIntosh/)

Elections Canada is making plans for an election that could come as early as this fall should the Liberals, who govern with a minority, fail to win a confidence vote when Parliament returns on Sept. 23.

According to the agency’s website–changes–if Parliament approves–could include among other things:

One change the agency is not considering is online voting.

“Implementing such a change would require significant planning and testing in order to ensure that the agency preserves certain aspects of the vote, including confidentiality, secrecy, reliability and integrity,” the website reads.

“Given the current operational and time constraints, this option can not be explored properly at this time.”

The CBC’s Kathleen Harris reports that Elections Canada is currently determining the cost of the proposed changes.

Formal recommendations will be put to Parliament in September, the website says, after Elections Canada consults with stakeholders and surveys Canadians.