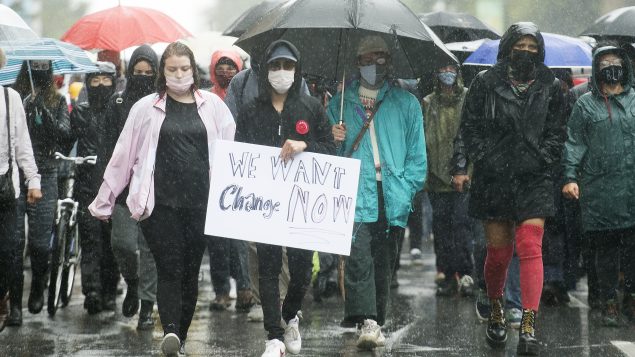 People attend a demonstration Saturday in Montreal, where they protested to defund the police with a goal to end all systemic racism within all sectors of the Canadian government. It was one of many rallies across Canada. (THE CANADIAN PRESS/Graham Hughes)

Ontario’s police watchdog is investigating an altercation at a Toronto demonstration this weekend that left left seven officers injured — including four who were sent to hospital and have since been released.

The confrontation, which took place early Sunday morning, followed a day when demonstrators gathered across Canada to protest police violence and demand reform. 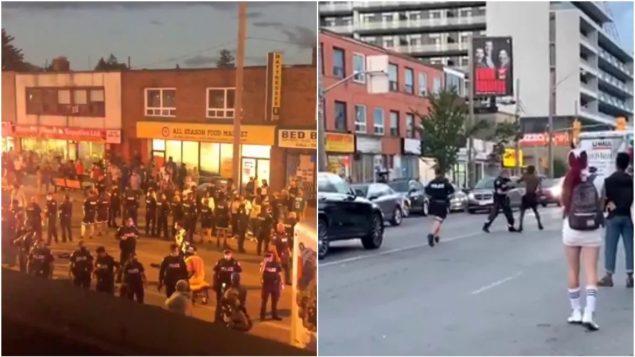 A large police presence can be seen on Eglinton Avenue West near Oakwood Avenue on Saturday after two men were arrested in connection to an altercation involving Toronto police officers near a demonstration. (Wanessa Deja/Twitter)

In Montreal, protesters pulled down the statue of John A. Macdonald, Canada’s first prime minister. (See Marc Montgomery’s story on this page.)

Many were organized by the Coalition for Black, Indigenous and People of Colour (BIPOC) Liberation group.

The group’s list of demands includes cutting police funding, the creation of more accessible housing units, reparations for racialized and Indigenous communities and the removal of the RCMP from Indigenous lands. 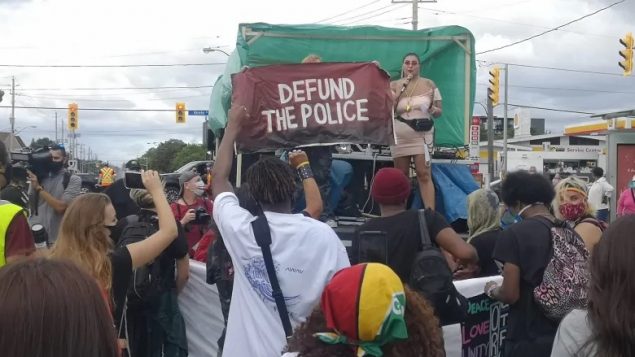 Protesters march in a demonstration in downtown Toronto on Saturday, calling for the defunding of police. (Kelda Yuen/CBC News)

Community organizers told CBC News that the incident in Toronto that left the officers injured occurred after a person who appeared to be homeless and exhibited signs of mental health issues, who was not a part of the rally, had an “outburst.”

Police, the community organizers said, responded with dozens of officers rather than de-escalation tactics.

Video posted on Twitter shows a man being pinned to the ground by officers.

Watch as Toronto police officers grapple with a man early Sunday morning. *WARNING*: The video below may be disturbing to some viewers.

I was at the Eglington West Rally today

A community member was tazed and arrested suddenly after a skirmish in the street that organizers could have deescalated pic.twitter.com/TE3vm5o4VJ

Police said two people were arrested but did not say what charges they may face.

The demonstration in Toronto came just days after Ontario’s Special Investigation Unit, the province’s police watchdog, said Wednesday it had cleared police police officers of wrongdoing in the death of Regis Korchinski-Paquet. 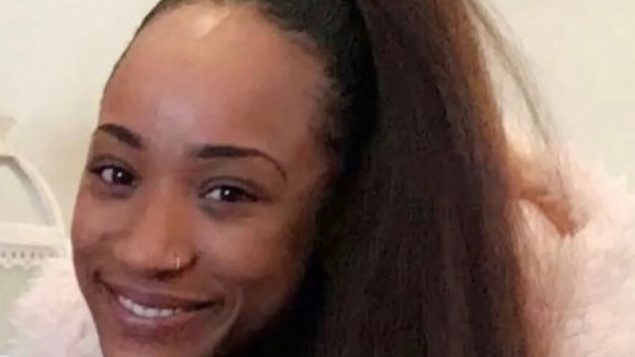 Regis Korchinski-Paquet died after police were called to her apartment in Toronto in May. (Newediuk Funeral Home)

Korchinski-Paquet died after falling from her 24th-floor apartment balcony while police were inside her home.

A celebration of her life was held at Africville Park in Halifax on Saturday. 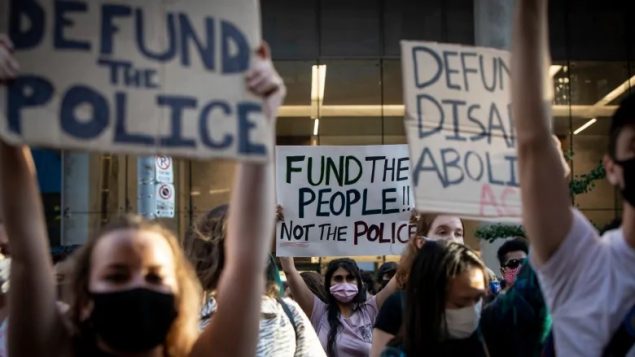 Demonstrators are seen at a rally in Toronto on Saturday. (Evan Mitsui/CBC)

The Canadian demonstrations followed protests in the United States over the Aug. 23 police shooting of Jacob Blake in Kenosha, Wisconsin.

Blake was shot by police in the back seven times as he attempted to enter his vehicle with three of his children in his car.

He is paralyzed from the waist down and his legal team says doctors have told them it will be a miracle if he walks again. 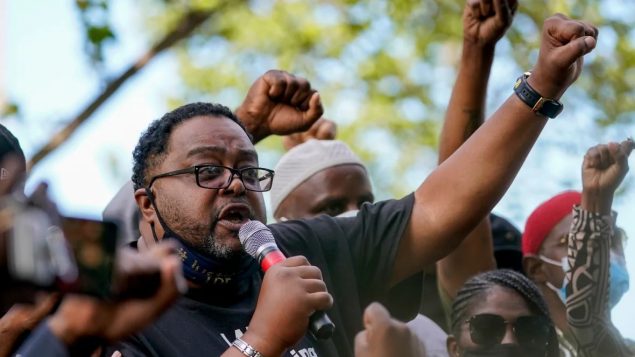 The incident set off a wave of protests and confrontations in the U.S., as well as the temporary shutdown of numerous of sports events–including the NHL playoffs in Canada.

On Saturday, Blakes’s father led a rally in Kenosha.

U.S. President Donald Trump plans to visit the city on Tuesday, despite the governor, Tony Evers, urging him not to come.

With files from CBC News, The Canadian Press, Reuters, RCI