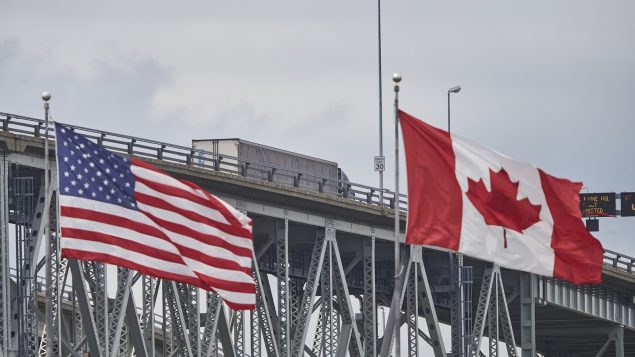 Land border between Canada and the U.S. to remain closed until Oct. 21

The Canadian federal government is going to extend the closure of the Canada-U.S. land border for another 30 days, until at least Oct. 21, according to a report from CBC News.

A source also told CBC News that Canadians should expect the border to remain closed for longer and that the federal government is waiting to see evidence the U.S. is able to effectively manage the COVID-19 pandemic before they consider opening the border to non-essential travel.

When Radio Canada International reached out to the Prime Minister’s Office to confirm the report, they said that there was “nothing to announce at this point.”

Closing the land border between Canada and the U.S. is a measure that a majority of Canadians agree with according to a recent survey done by Research Co., a Vancouver based polling firm.

According to the survey, nine in ten Canadians, or 90 per cent, said that they agreed with two Canadian government regulations that have been put in place; keeping the Canada-U.S. land border closed, and the mandatory 14 day quarantine or isolation period for all travellers coming into Canada.

The border between the U.S. and Canada has been closed to non-essential travel since March 21. Since July 31, the Canadian government has also restricted movement for American citizens traveling through Canada to get into Alaska by limiting access to only five entry points in Western Canada.