Activists are seen calling for action on climate change last year. A group of experts--members of the Task Force for Resilient Recover--wants the federal government to invest $55 billion over five years on clean energy projects and measures to cope with climate-change as the country struggles to work its way out of the havoc COVID-19 has caused. (Mark Ralston/AFP/Getty Images)

An independent task force is calling on the federal government to invest $55 billion over five years on clean energy projects and measures to cope with climate-change as the country struggles to work its way out of the havoc brought by COVID-19.

The Task Force for a Resilient Recovery was launched in May to identify and recommend ways to stimulate economic recovery and support Canada’s climate goals in the wake of the pandemic.

Its 15 members included experts in financial, environmental and sustainability issues.

Its final report–released today–says the investment would boost the country’s largest private sector industry by creating construction jobs, while also tackling the 13 per cent portion of Canada’s carbon emissions that comes from buildings and helping taxpayers cut their energy bills. 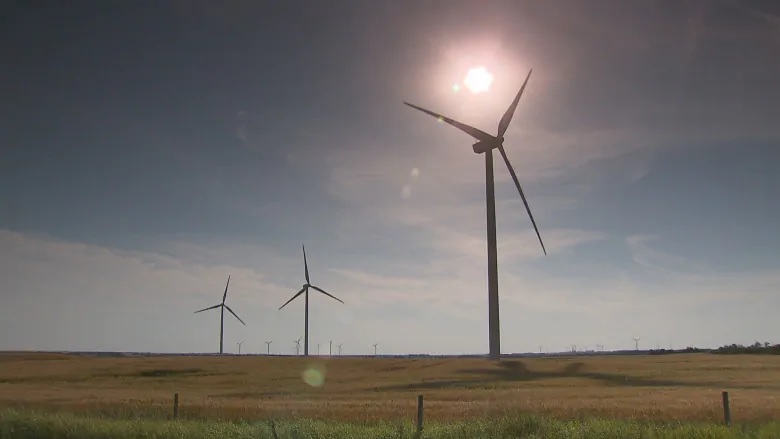 Windmills spin near the village of Halkirk, in Paintearth County, Alberta. A panel of experts, the Task Force for a Resilient Recovery, released a report today calling on Ottawa to make major investments in energy efficiency and green tech as part of its plan to revive a pandemic-crippled economy. (Dave Rae/CBC)

“That’s where you get the most jobs with the least amount of public investment,” Bruce Lourie, a task force member and president of the Ivey Foundation, a Toronto-based organization that promotes sustainable development, told the CBC’s Salimah Shivji.

The report makes 22 recommendations for how Canada can stay competitive and prosperous in this global clean economy.

It says a large portion of that investment–$27.25 billion–should be spent on retrofitting existing buildings to make them more energy-efficient and safer from the effects of climate change.

Proposals also include new investments in clean energy, such as hydrogen, and increased production and promotion of zero-emission vehicles.

Lourie told Shivji many of the report’s ideas are “so straightforward” he can’t see why the federal government wouldn’t adopt them.

“I also spoke about the absolute priority that we place on jobs and growth and green jobs are absolutely going to be a part of our recovery,” Freeland said.