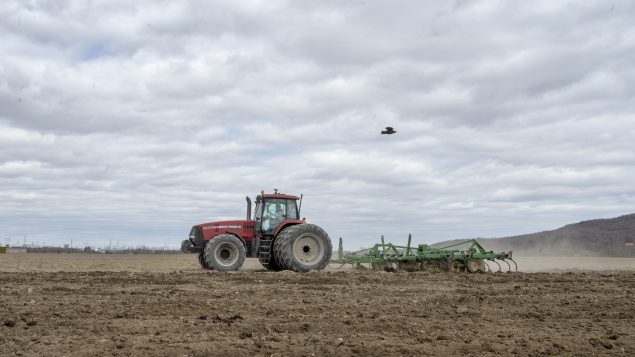 Ontario farmers are upset about their farm information being revealed to an anonymous request via the legal Access to Information Act. They are appealing. (Ryan Remiorz/THE CANADIAN PRESS)

Farmers throughout the province have expressed deep concern about an official Freedom of Information request from an unknown source.

An FOI (also known as Access to Information and Privacy) is a federal law which gives Canadian citizens, permanent residents, and any person or corporation present in Canada a right to access records of government institutions that are subject to the Act.

Earlier this year such a request was sent to the Ontario Ministry of Agriculture, Food and Rural Affairs (OMAFRA) asking for information on farm registrations and names of owners and other personal information. Deemed to broad, a subsequent request was made simply for the Farm Business Registration number (FBR) and contact information.

Farmers are very concerned about who wants their information and why. The general fear is that it is from animal rights activists who could use the information to locate and target their farms for protests and other distruptions.

Most farmers would be very surprised that they are subject to such a request, but farms with an FBR number are subject to the law because they are a ‘business’ under the law..

OMAFRA  says it can’t reveal the name of the person making the request but in August agreed to release the FBR business names but not the FBR number.

Three major farm organisations, the Ontario Federation of Agriculture (OFA), Christian Farmers Federation of Ontario (CFFO) and the National Farmers Union – Ontario (NFU-O) have come out against the release of such informtiion

Quoted on the OFA website, Ed Scharringa, President of CFFO stated that, “We believe that farm business names constitute personal information and should therefore be protected. We are concerned that OMAFRA’s decision to release this information could lead to harm for farmers, their families and their employees.”

While such information sought in the FOI request might be useful to a company specifically interested in marketing to farmers, the farm organisations note there are more transparent ways of seeking such information for a legitimate purpose. The fear is the information is being sought for some nefarious purpose.

Farms have been the target of animal rights activists and an Ontario lawyer specializing in agricultural law says he believes that activists are behind the request,

Quoted in RealAgriculture Kurtis Andrews said such groups, “have a long history of trying to manipulate FOI legislation for their purposes. The information, if provided, will be used against farmers, probably to set up a map with a list of addresses to target farmers for protests. This happened in Australia. The Act is being manipulated to breach farmers’ privacy interests.”

There is a provision in the Act saying the request cannot be for frivolous or harmful intentions.

The  Ontario Federation of Agriculture (OFA) in turn filed its own FOI to obtain the name of the original requester of farm information. This was denied.

The farm organisations are appealing the original FOI.