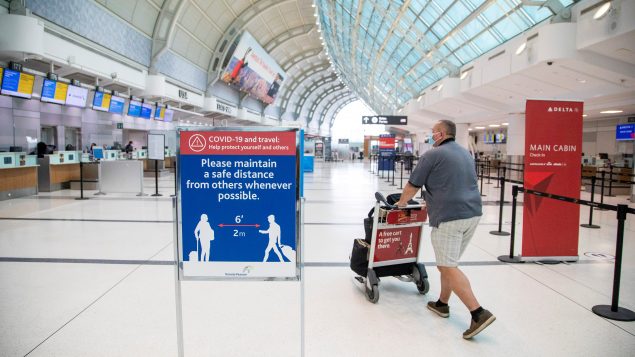 A new pilot program announced by Alberta Premier Jason Kenney on Thursday will allow international travellers entering Canada through Alberta to be tested for COVID-19 to shorten their quarantine period.

The announcement was welcomed by Canada’s major airlines who see it as a sign of relief after having lobbied the federal government to ease travel restrictions, including a strict 14-day quarantine rule.

The project – the first of its kind in Canada – will begin on November 2 and will run for 26 weeks. It could be expanded to the rest of the country if it proves successful, according to a joint statement by the Government of Canada and the Province of Alberta.

“This is an important step in Alberta’s Recovery Plan”, said Jason Kenney, in a statement.

This new pilot program will allow those who need to travel for work to have a safe path to a shorter quarantine period.

The 14-day mandatory quarantine will still be in effect, but travellers should be able to stop it as soon as they receive a negative result (which takes 24 to 48 hours to arrive) and if they agree to be tested a second time on the sixth or seventh day after arrival.

They will be able to receive this second test at a community pharmacy in the province involved in the pilot project. 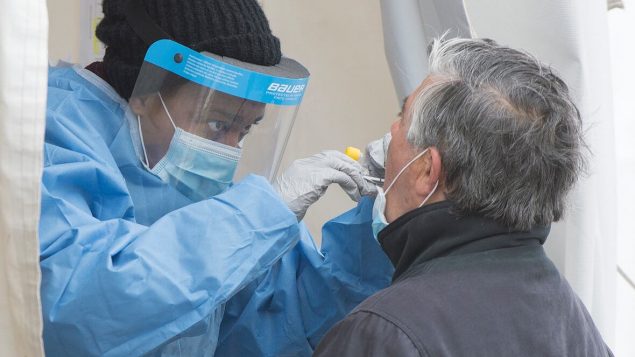 As part of the pilot project, newcomers will be required to undergo a total of two COVID-19 tests. (Photo: Graham Hughes/The Canadian Press)

However, the federal public safety minister has indicated that people should remain in quarantine between the first and second negative results, Reuters reports.

“My understanding is that there would be a quarantine requirement in those six days period so that they could not go and super spread,” Bill Blair, minister of public safety, told reporters in Ottawa on Thursday.

The two governments involved in the project did not specify whether they will use the new rapid tests approved by Health Canada.

In any case, travellers will have to wait 14 days after arrival if they want to leave Alberta, even if they have received two negative tests.

Authorities added that participants will be “closely monitored through daily symptoms checks“.

They will also be required to follow “enhanced preventive health measures, such as wearing masks in public places and avoiding visiting high-risk groups”.

“Safety is our top priority. All participating travellers will be closely monitored to ensure that the pilot is not resulting in any increased risk of exposure for Albertans ”, said Tyler Shandro, Alberta’s Minister of Health.

Those who fail to comply will be subject to fines, the statement added.

Only two ports of entry are concerned by this program: Coutts border crossing and Calgary International Airport. 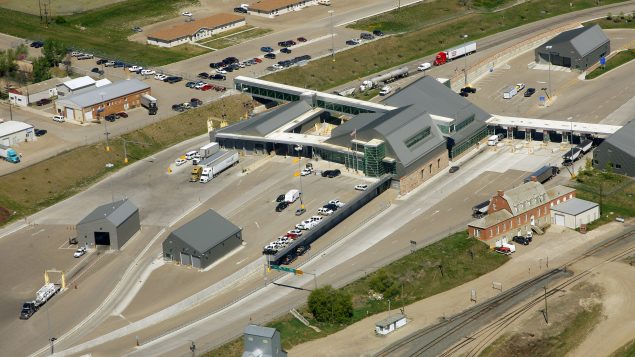 The Coutts/Sweetgrass border crossing on the border of Montana (bottom) and Alberta at Sweetgrass, Montana, May 29, 2009. (Photo : Todd Korol /Reuters)

The pilot program will be available for foreign essential workers — truckers, health-care workers, and other workers who are exempt from the current federal travel ban — and returning Canadian citizens, permanent residents, or foreign nationals currently permitted entry into Canada and who have no symptoms.

It was welcome news for Juan Lopez, arriving on a mostly empty plane into Calgary on Thursday. Lopez hasn’t seen his wife — who lives in Calgary — since the pandemic began.

“That would be awesome because I am coming from Texas to see my wife, and I have to quarantine for 14 days. And then I have a couple of days, and I have to fly home and go back to work,” Lopez said to CBC News.

Those who do not wish to participate will still be subject to a mandatory 14-day isolation period.

Canada has had a mandatory quarantine for all travelers entering the country since March.

This project is the answer many in the aviation and tourism sector have been waiting for.

For weeks, these industries had been lobbying the federal government to receive aid, but also to relax strict sanitary measures at the borders.

According to a survey by the International Air Transport Association (IATA), 83% of travellers refuse to fly because of the 14-day isolation period.

“This announcement is welcomed by WestJet and I applaud and thank Prime Minister Justin Trudeau and Premier Jason Kenney for taking this important step in providing peace of mind to anxious travellers “, said the company’s CEO, Ed Sims, in a release.

WestJet has been advocating for a science-based rapid testing solution to help safely ease the quarantine requirements. 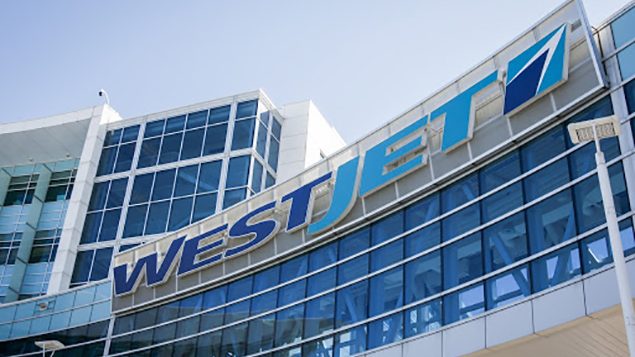 The WestJet head office is shown in Calgary in March. The company announced several cuts in the past months as part of major restructuring amid a coronavirus pandemic that has devastated the travel industry. (Photo : Jeff McIntosh/The Canadian Press)

Air Canada also welcomed the news, referring to its own screening initiative launched on September 3 at Toronto Pearson International Airport.

“The preliminary results from the McMaster HealthLabs study provide evidence that testing passengers on arrival into Canada may be an effective way to screen for COVID-19 “, said Dr. Jim Chung, Air Canada’s Chief Medical Officer in a statement.

“The data has provided the federal government and the government of Alberta with the confidence to move forward with this new testing initiative.”

The study conducted by McMaster HealthLabs (MHL), in collaboration with Air Canada and the Greater Toronto Airports Authority, carried out more than 28,000 tests on arriving travelers who volunteered to participate.

In total, more than 99% have tested negative for COVID-19 with less than 1% having indicated COVID-19, according to Air Canada’s interim report.

The federal government has also signed a contract with Abbott Rapid Diagnostics to buy up to 7.9 million of these ID NOW molecular rapid tests that have been used by White House officials to screen staff since April.

Project could expand to Edmonton

Alberta’s Premier also announced that if the pilot project goes well, it will be expanded to the airport in Edmonton early in the new year.

Edmonton International Airport would be a good option as it is already hosting a clinical trial of a new COVID-19 test that can produce near-instantaneous results since September.

However, there was no word on when it could be in place in the rest of Canada.

“This innovative science-based testing is the lifeline our airport and airline partners need to instil confidence in air travel.” 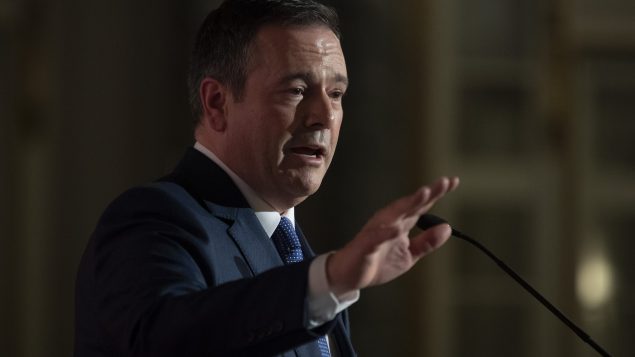 The pilot appears, indeed, to have the support of many travellers, according to a survey by the IATA.

The poll found that 88 % of travellers are willing to be tested for COVID-19 and 84 % of them want it to be mandatory for all passengers.

Concluding his speech, Jason Kenney called the pilot program a “sign of hope” for the travel industries.

Kenney was speaking from his home in Edmonton, where he is in self-isolation after one of his government ministers tested positive for COVID-19 a day earlier. Kenney tested negative Wednesday night but said he’d continue with the isolation period until Oct. 29.

With informations from CBC News, Radio-Canada and Reuters.