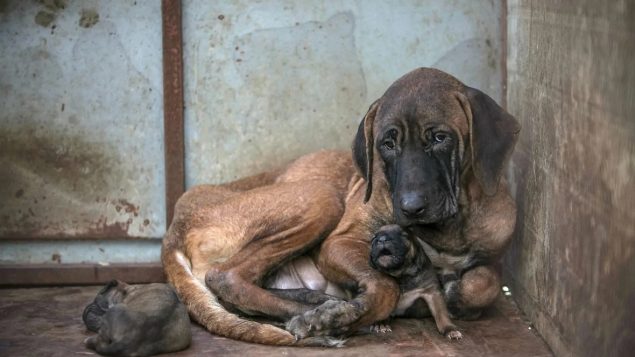 A mother Tosa dog, Emma, and her 2 puppies, are shown locked in a cage at a dog meat farm in Namyangju, South Korea, on October 25, 2017. These were some of several dozen animals rescued from poor conditions and brought to Canada. The operation is part of Humane Society International's efforts to fight the dog meat trade throughout Asia. In South Korea, There are several smaller even individual efforts to bring rescue dogs into Canada (Jean Chung/HSI)

Imported ‘rescue’ dogs are one source of exotic diseases in Canada

or years, Canadian veterinarians have been expressing concerns about rare non-native diseases being brought into the country through imported animals.

They are now reporting rare cases of Leishmania, a flesh eating parasite present in many tropical and subtropical countries, but not previously in Canada.

It appears that dogs are the reservoir for the disease which can be transmitted to humans.

In its various forms the microscopic parasite transmitted by sandfly bites can cause damage to skin, mucous membrane, internal organs, and potentially disfigurement, and even death in extreme cases.

It’s now been detected in 18 U.S. states, and in smaller numbers in four Canadian provinces, Ontario, Nova Scotia, British Columbia, and in Quebec with 10 cases in the past year. The cases seem to come from dogs imported from abroad, many of them ‘rescue’ dogs.

Several veterinarians have noted that Canadian rules for importing dogs are very lax, often limited only to a certification of a rabies shot, and a veterinary note saying the animal appears in good health. 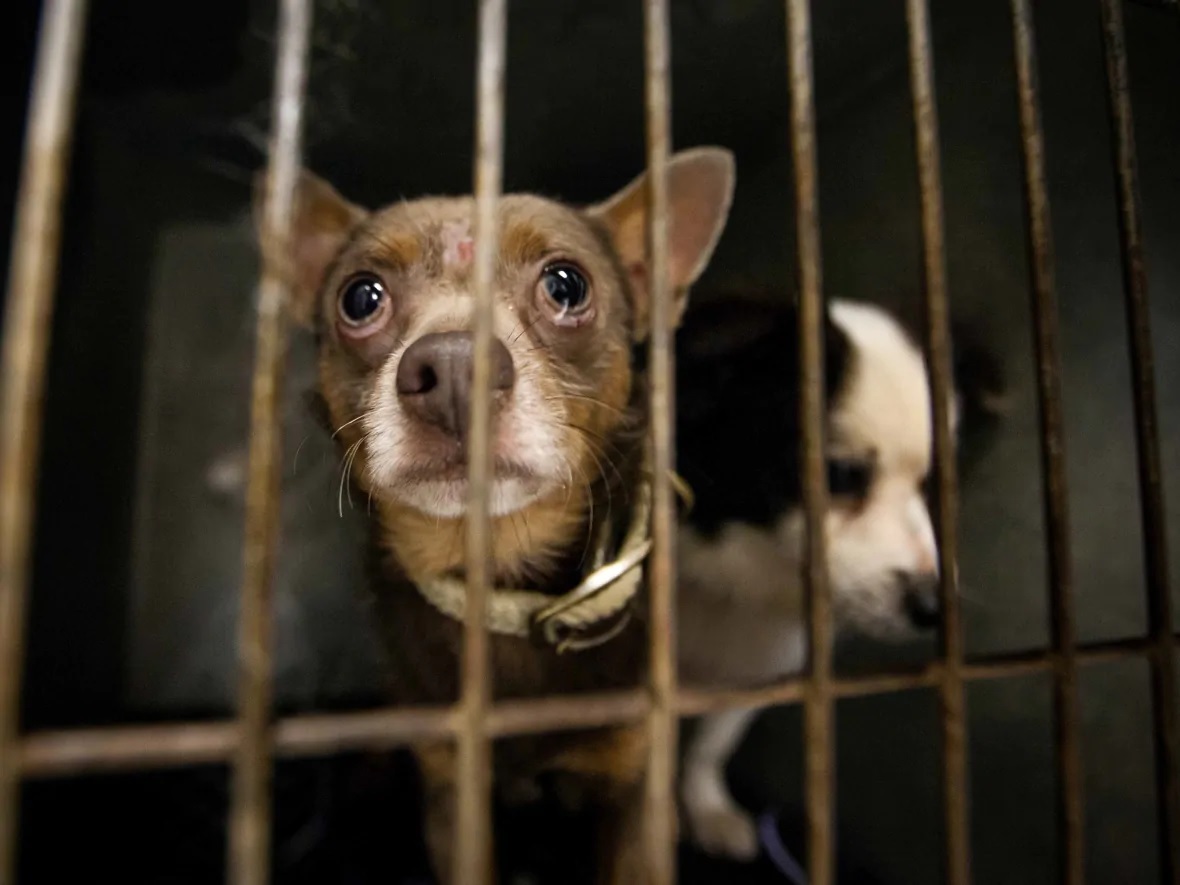 These dogs were brought to Ontario from a “kill shelter” in the U.S. One shows skin problems, possibly due to stress (Michelle-Andrea Girouard/CBC)

Due to various tracking issues, it’s not known how many dogs are coming into Canada from abroad each year, nor where they are from. It is suspected the number may be in the many thousands annually.

Also because many tropical diseases are so uncommon here, Canadian veterinarians are unfamiliar with them and tests for them can be difficult or simply unavailable in Canada.

But Leishmania isn’t the only concern. Another disease of concern has been seen, A woman in British Columbia who rescues dogs from California and Mexico was diagnosed with Brucellosis, likely from an infected dog from Mexico.

Scientists in Ontario have also reported a parasitic tapeworm, Echinococcus, which has been found in wild canid animals (foxes, coyotes etc), suspected to have originally come from imported domestic dogs.

In a recent article in The Conversation, three Montreal area scientists say mandatory reporting of Leishmania should be required along with easy access to appropriate testing and an overhaul of  animal importation regulations has become critical. They also point out that there’s a greater need to recognize that the health of animals and of people are connected in an increasingly shared environment. 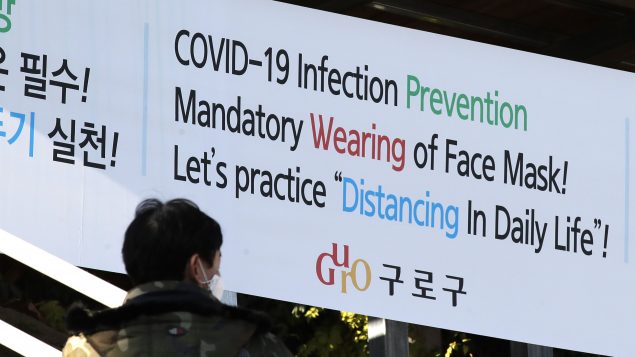 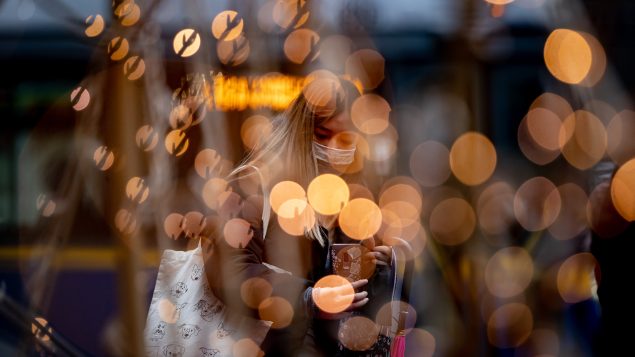