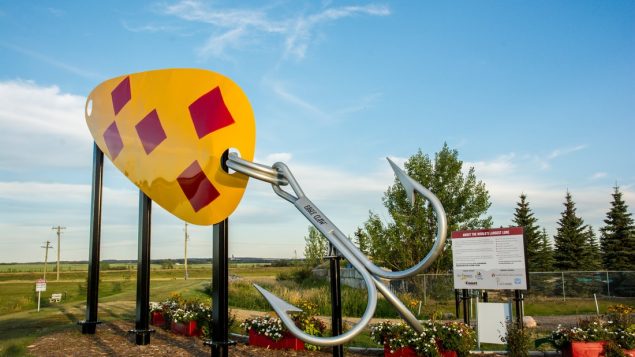 Another Guinness World Record for Canada

Leaving the news world of doom and gloom for a moment, a story that’s not a “fish tale”.

Len Thompson, is the Canadian who created one of the most popular fishing lures of all time, and the giant replica of his spoon has become a Guinness record. 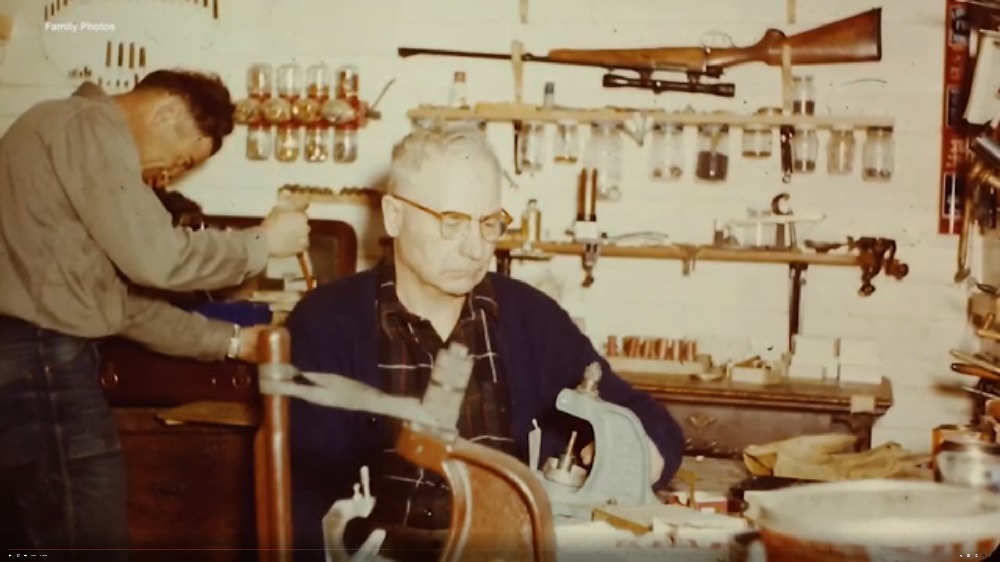 Len Thompson (sitting) began the firm in 1929 as a hands on operation ensuring quality was a priority. (viz CBC)

Now, Canada is a big country, and we have lots of record breaking sites across the country, from the world’s largest double-bit axe in Nackawic New Brunswick, which celebrates the region’s lumber heritage, to the giant Nickel coin in Sudbury marking that region’s hard rock mining history, to the giant Ukrainian Easter egg (Pysanka) in Vegreville, Alberta to mark the large Ukrainian immigrant population, to the world’s largest hockey stick and puck in Duncan, B.C (originally commissioned for the Canadian pavilion at Expo 86 in Vancouver). There are also dozens of others including a huge lobster, giant Canada goose, giant moose, huge Star Trek spacecraft, and lots more.

These are but just a few of the many giant world-record attractions in Canada and now there’s a new one.

At almost 13 metres long it easily surpasses the previous record holder in the category in the town of West, in McLennan County Texas. That lure was a mere 15ft, compared to Lacombe’s 40 ft lure. 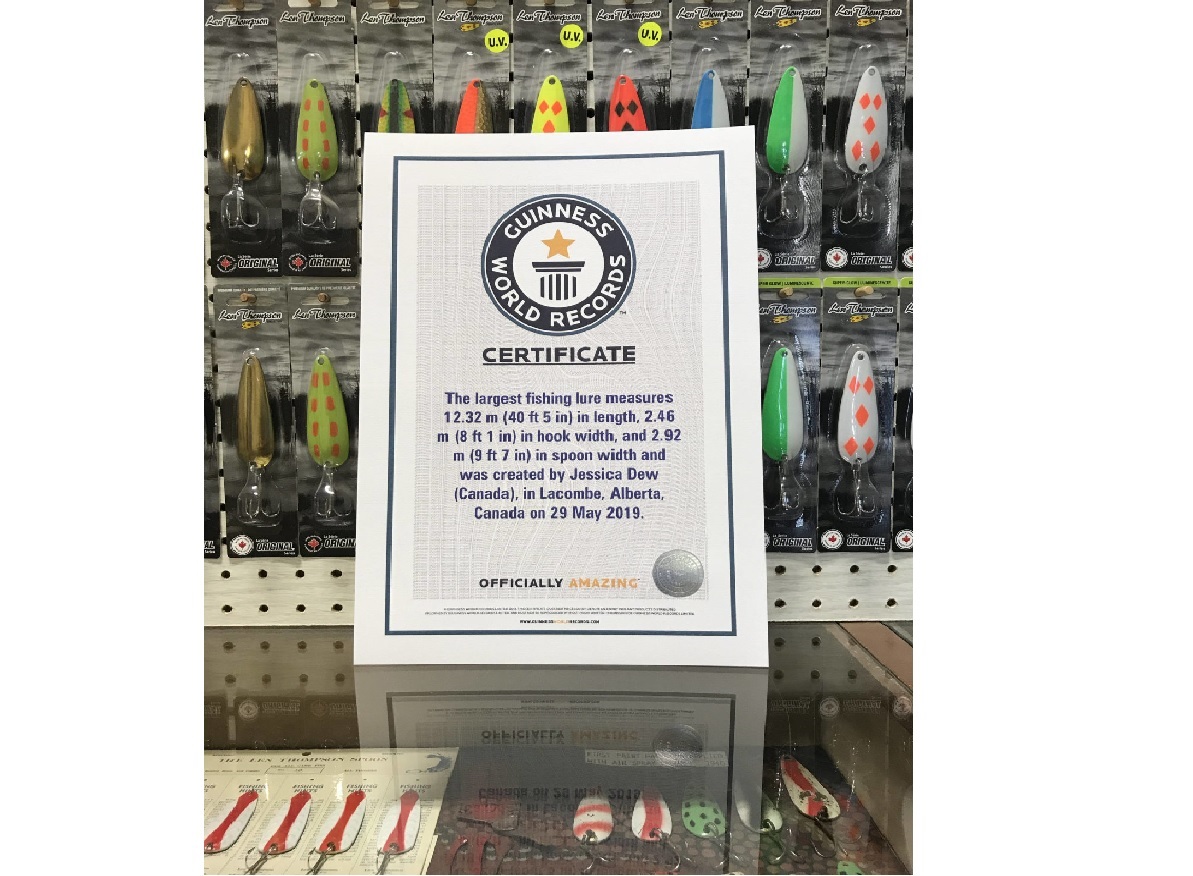 The company created the giant lure to celebrate the 90th anniversary of the business and submitted their claim as the world’s largest lure. Many months later it was certified by Guinness. ( Len Thompson site)

Len Thompson, who died in 1979, was a farmer in Saskatchewan following his WWI service. In France, his lungs had been damaged in a gas attack and doctors urged lots of outdoor fresh air. As a fisherman he was dissatisfied with the then available commercial lures and began designing his own. That grew into a part-time hunting and fishing operation, which eventually became full-time and moved to Alberta in 1958 when Thompson and Cecil Pallister formed a new company .

The Thompson/Pallister firm continued to grow and one of the most popular spoon lures is to this day remains Thompson’s yellow five-of-diamonds lure. 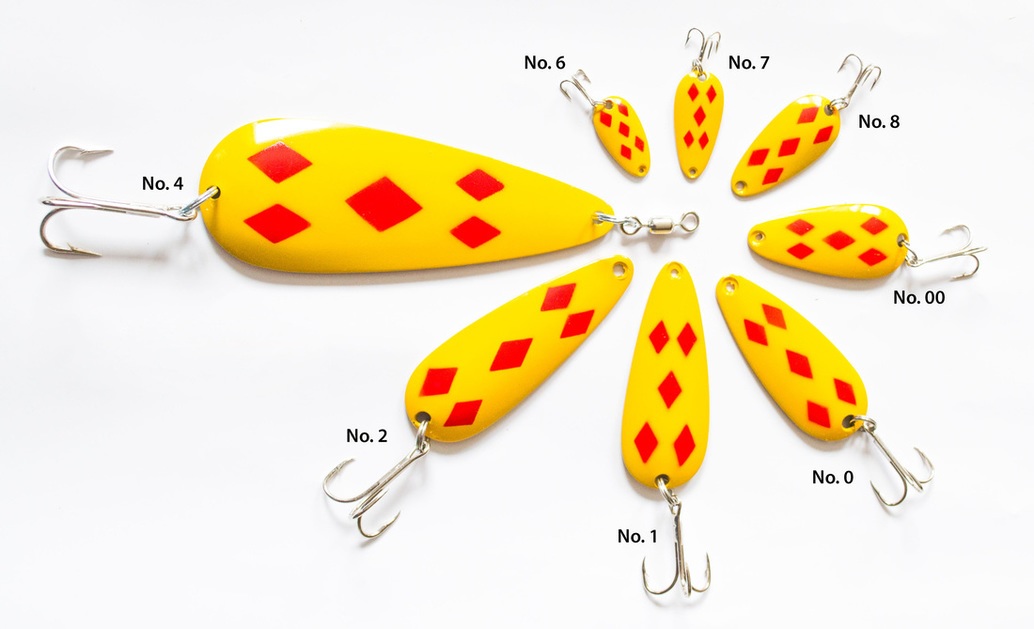 Although the firm makes a huge variety of lures in all styles, shapes, colours and materials, ‘the ‘five of diamonds’ from 1″ to 4″ remains a favourite among fishers ( Len Thompson site)

Most people in North America don’t realise that many of the lures they buy are Canadian from Thompson/Pallister, still owned by the Pallister family. In fact one of the reasons they decided to have the giant lure built was to attract attention to that fact, and the small town of Lacombe (pop. approx. 13,000) which is located roughly half way between the major cities of Calgary and Edmonton. It was also to celebrate the 90th anniversary of the firm last year. 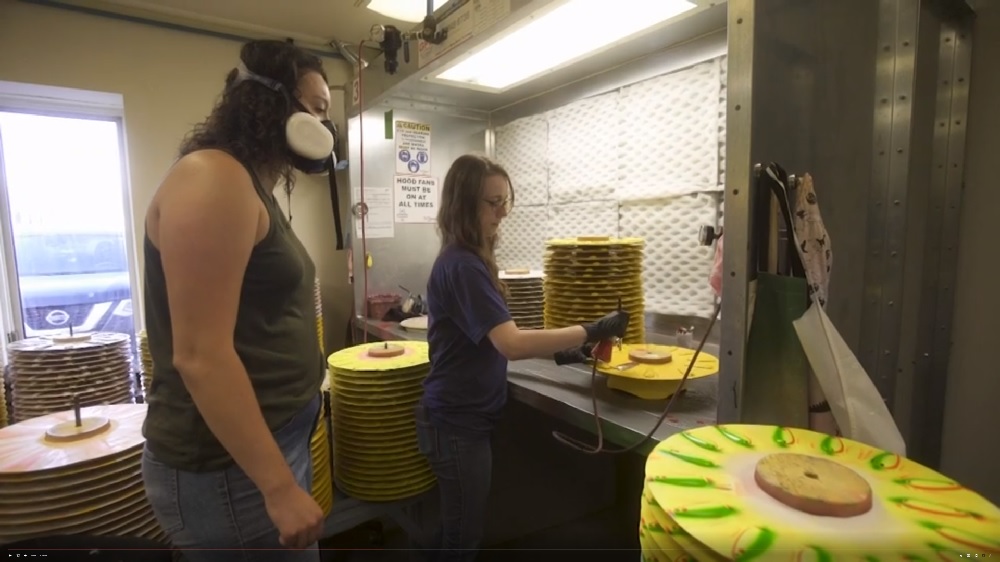 In an era of computerised machine manufacture, Thempson Pallister’s operation is still very much hands-on. (CBC)

You can find the giant lure, and newest Guiness-record holder at the end of Len Thompson Drive, near the Len Thompson pond.