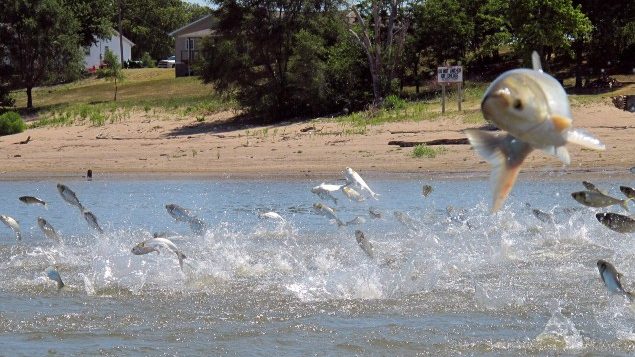 Besides eating up to 40 per cent of their body weight every day, Asian carp may leap into the air posing a danger to boaters. (John Flesher/AP Photo/June 13, 2012)

An innovative Canadian company is launching a dog food made from Asian carp, an invasive fish species threatening some North American waterways. These voracious creatures are known to leap out of the water and pose a serious threat to people on boats, but also to local species.

These fish have many small bones in them so are not fit for human consumption, but they can be ground up and made into pet food which is both nutritious and good for dogs, particularly those who have become allergic or intolerant to traditional dog foods. 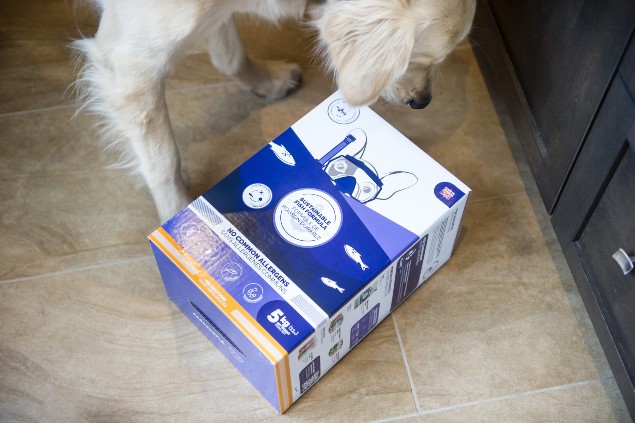 The sustainable dog food made with Asian carp is hypoallergenic and said to be easily digested. (Wilder Harrier)

Tons of Asian carp to be used over the next year

The Wilder Harrier company in Montreal expects to import 50 to 100 tons of Asian carp over the next year from fishers in the Illinois River Basin in the United States. “We’re still not eradicating Asian carp but the fact that we can contribute is great news,” said the company’s co-found Phil Poirier in a telephone interview.

The idea to develop this new pet food came when an American fisher noticed that Wilder Harrier was an ethical company using other non-traditional ingredients in its pet foods. The fisher called up and proposed he send some Asian carp for testing.

The carp are originally from Asia and Russia. In the 1970s they were imported by U.S. aquaculture businesses to keep down algae, plants and snails in their ponds. Flooding events in the southern U.S. allowed the fish to escape and enter the Mississippi River system. Within 20 years they had spread and reached as far north as the Illinois River and its tributaries. So far, they do not appear to be breeding in Canadian waters.

Lately, one species of Asian carp has been found in the tributaries of Lake Erie, one of North America’s five Great Lakes, whose waters are shared by both Canada and the United States. U.S. and Canadian officials are deploying several methods to try to stop their spread. A few individual fish have been found as far as the St. Lawrence River which links with the Great Lakes, but they have been tested and found to be sterile. When the fish were originally imported, most, but not all were bred to produce sterile offspring just in case they escaped. 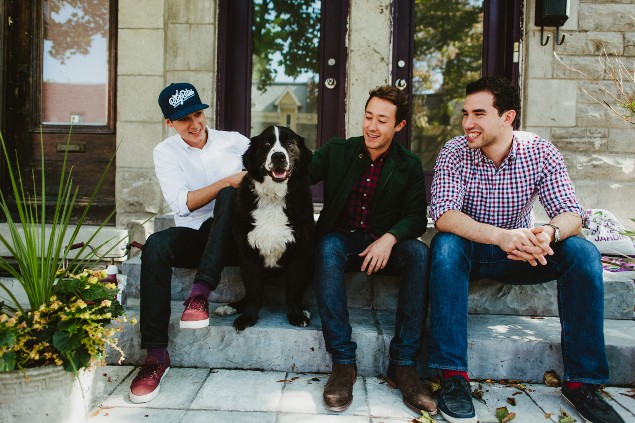 The Wilder Harrier company concocted a dog food with the help of an agronomist expert in animal nutrition to make sure it met requirements of the  Association of American Feed Control Officials. After extensive research its formula includes the carp and shells from shrimp harvested in Gaspe, in eastern Canada. It has been tested and dogs seem to like the taste and digest it easily. The company also uses fruit and vegetable pulp, farmed insects in some of its pet food formulas and is talking to brewers about using leftover grain mash.

The new dog food is now sold in pet supply stores in the province of Quebec and will be available in the rest of Canada at the beginning of 2021. It is also now sold online in all of Canada and the United States.

Meanwhile, Canada’s fisheries department and the Invasive Species Centre ask everyone to be on the lookout for Asian carp and to report any sightings or capture. “Grass Carp (one of five Asian carp species) pose a serious risk to the Great Lakes ecosystem because of their ability to out compete for space and food and a lack of natural predators,” said the centre’s executive director, Sarah Rang. “Grass Carp have a voracious appetite and can consume 40 per cent of their body weight in aquatic vegetation in a single day putting Great Lakes wetlands and the habitats for numerous fish and bird species at risk.”

Video from Fisheries and Oceans Canada