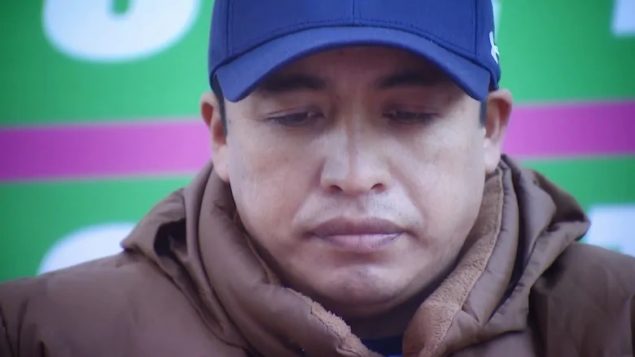 Migrant worker Luis Gabriel Flores Flores spoke during a press conference Thursday after the Ontario Labour Relations Board ruled in his favour when he was fired for speaking out about dangerous conditions at a farm where he worked amid the COVID-19 pandemic. (CBC News)

In the wake of an outbreak, a migrant worker wins important ruling in Ontario

A temporary foreign farm worker from Mexico who saw his bunkmate die of COVID-19 at an Ontario farm earlier this summer and was fired for speaking out about the dangers the workers face on the farms has won an historic case in front of the Ontario Labour Relations Board. 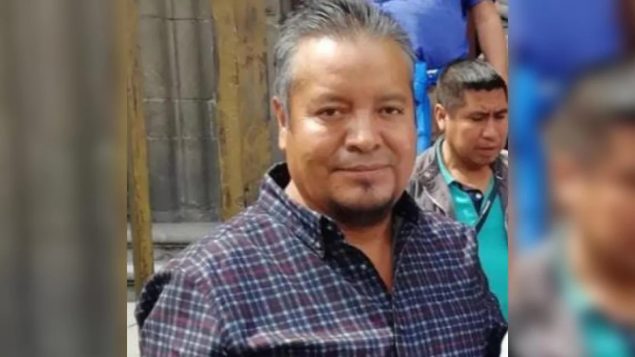 Juan Lopez Chaparro, a migrant worker from Mexico, died on June 20 after contracting COVID-19 at Scotlynn Group farm where he was employed. Chaparro, a father of four, was one of three workers to die in southwestern Ontario last summer during a coronavirus outbreak at farms in the region. (Submitted by Chaparro Family)

The CBC’s Kate Dubinski reports that Flores was sacked after Scotlynn’s former owner, Robert Biddle, showed him a video of someone speaking to the media about conditions on the farm.

Scott Biddle, the current owner of Scotlynn Growers, could not be reached for comment by CBC News.

Ontario’s Occupational Health and Safety Act forbids employers to penalize, dismiss, discipline, suspend or threaten to take any of these actions against a worker who has refused unsafe work.

On Thursday, the Ontario Labour Relations Board ruled in Flores’ favour.

In its decision, Dubinski reports, the board wrote that Flores was “particularly vulnerable.” 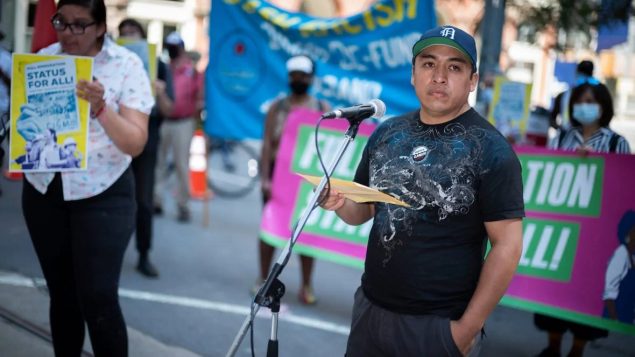 Flores was spurred to action after the death of his bunkmate and friend.  (Submitted by John No)

“The power imbalance between the employer and Mr. Flores, as a migrant worker who does not speak English and relies on the employer for wages, shelter and transportation, should have been more carefully managed since a reprisal can strike a far deeper wound than might otherwise occur in the traditional employment relationship.”

“Flores did not have access to the resources to minimize the pain and suffering, nor was he able to abate the injury suffered because of Scotlynn’s reaction to his objections about health and safety at the farm,” read the decision.

“It was reasonable for Mr. Flores to refuse to return to work,” the board wrote in its decision.

Advocates, such as the Migrant Workers Alliance for Change and the Migrant Rights Network, have long maintained many temporary foreign workers as well as undocumented workers are treated badly by their employers and are being left behind in the fight against COVID-19.

Following the ruling, Flores was adamant about what needs to be done–urging fellow foreign workers to speak out about dangerous conditions in their workplaces. 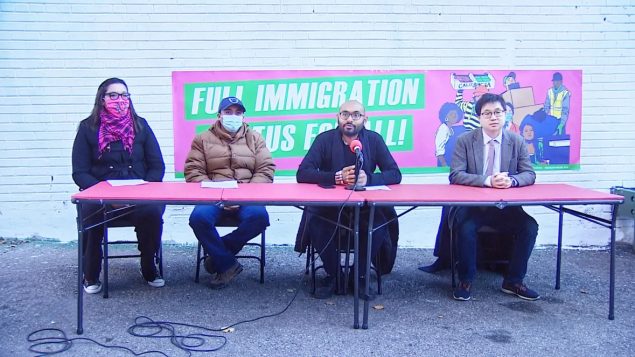 Flores, second from left, spoke at a news conference in Toronto Thursday and encouraged other foreign workers to speak out about dangerous working conditions on Ontario farms. (CBC News)

“We have won this battle but we have to keep fighting for equal rights for migrants in this country,” he told an afternoon news conference in Toronto.

“Do not be afraid. Dare to raise your voice,” he said.

“Dare to use this valuable weapon. It is important that we do not remain silent. United we are stronger.”

The ruling prompted advocates for migrant workers to again call on the federal government to grant full and permanent immigration status to workers who come to Canada.

“We believe this is the first case that the labour board has heard with respect to a migrant worker who was fired after speaking out regarding working conditions,” said John No, an employment lawyer at Parkdale Community Legal Services, who represented Flores.

“People who work with migrant workers have known for decades — it’s an open secret — that any migrant worker who speaks out is sent home, is penalized or fired, and is not invited back for the next season,” No said.

“Our system doesn’t allow for workers to assert their rights. Despite the victory, the same conditions that allowed Mr. Flores to be exploited and fired still exist today.”