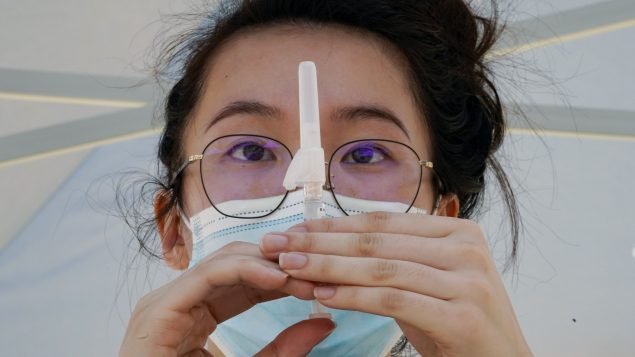 University of Southern California student pharmacist Bethanie Pan prepares a flu shot in Los Angeles last month. The Public Health Agency of Canada in reporting a dramatic drop in the number of flu cases in Canada. THE CANADIAN PRESS/AP-Damian Dovarganes)

As COVID-19 continues to rage, the flu takes a step back–at least for now

Reflecting a medical phenomenon taking place in a number of countries around the world, new statistics are likely serving as a balm to Canadian health officials who feared a so-called ‘twindemic,’ might strike the country, already battered by the COVID-19 outbreak.

Here’s the good news: As coronavirus cases climb across Canada, cases of influenza are well below their usual level.

In the first week of November, not a single province or territory reported a single patient hospitalized with the flu.

That compares with 60 during the same week a year ago.

In 2019, provinces reported 147 lab-confirmed cases of flu the first week of November.

This year, they reported four.

Overall, there have been 17 confirmed influenza cases in Canada, compared to 711 this time last year.

The encouraging numbers–in a country that averages 500 to 1500 deaths a year from influenza–come despite increased testing.

According to the Public Health Agency of Canada’s weekly flu watch report, almost 10,000 tests were done in the first week of November, compared to a six-year average of about 4,500.

“The percentage of laboratory tests positive for influenza has remained at exceptionally low levels,” the agency says.

“Influenza surveillance indicators may be influenced by the COVID-19 pandemic, including changes in healthcare-seeking behaviour, impacts of public health measures and influenza testing capacity.

“Current data should be interpreted with consideration to this context.” 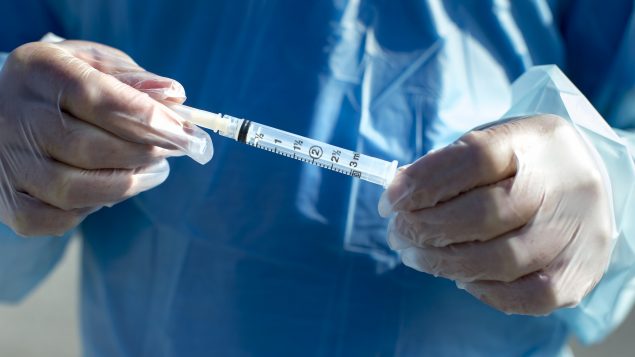 A needle and syringe used to administer the flu shot in shown in Virgil, Ont. on October 5. So far, there are few signs that Canada is facing a so-called ‘twindemic’ this winter. (THE CANADIAN PRESS/Tara Walton)

Dr. Gerald Evans, chair of infectious disease in the department of medicine at Queen’s University in Kingston, Ont., told The Canadian Press that the signs in Canada suggest the country will report similar numbers in the end.

Evans gives most of the credit to the hand washing, social distancing and mask-wearing measures Canadians are using to slow to try to slow the spread of COVID-19.

As well, he says, the dramatic drop in international travel has played a role because travellers are less likely to bring flu with them because it is low in other countries.

And, Evans notes, Canadian provinces ordered 25 per cent more flu shots than last year and many cannot keep up with the demand.

“It’s the perfect storm not to have a very good influenza season,” Evans told CP.

“Influenza is way behind the eight ball here,” he said.