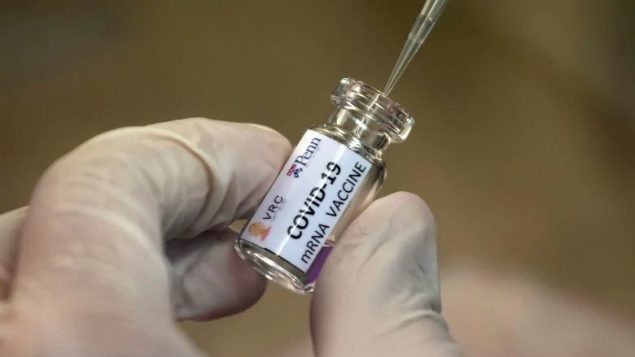 A poll released today suggests that about seven out of ten Canadians are planning to get vaccinated for COVID-19 when a vaccine is ready. But the survey also suggests that just under a quarter are going to pass on it. (Sakchai Lalit/Associated Press)

Nearly a quarter of Canadians plan to shun a COVID-19 vaccine: poll

A new poll suggests that about seven out of ten Canadians are planning to get vaccinated for COVID-19 when a vaccine arrives.

But the survey also suggests that just under a quarter of the population are set to pass on the idea.

That is likely not a good sign for scientists, most of whom support studies that find that even a small number of unvaccinated people can make it much easier for a disease to spread and survive.

Released today, the Léger and the Association for Canadian Studies poll was taken last week after Pfizer released its findings on Nov. 9 and before Moderna testing showed similar results yesterday. 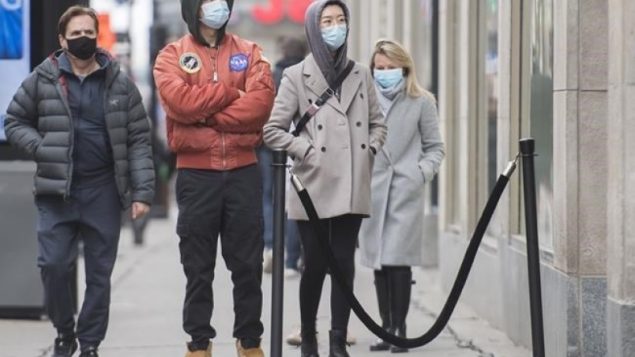 People wear face masks as they wait to enter a store last Saturday in Montreal as the COVID-19 pandemic continues in Canada and around the world. (THE CANADIAN PRESS/Graham Hughes)

Sixty-nine per cent of respondents said they plan to get vaccinated against COVID-19 once Health Canada approves a vaccine that is broadly available and free.

That was up from last month when 63 per cent said they would be vaccinated.

The figures contrast with the 22 per cent of respondents who said they did not intend to receive doses of the Pfizer vaccine if it were ready in the spring.

Another 22 per cent said they did not know.

The results were concerning to Léger executive vice-president Christian Bourque, who attributed the unease to a lack of familiarity with Pfizer–and not to a wave of anti-vaccination fever.

“It worries me that if the vaccine or vaccines were available, we might have 20 per cent of Canadians who would reject it,” he told Christopher Reynolds of The Canadian Press.

“I think the public authorities will need a concerted communications effort to convince Canadians to jump on the bandwagon.”

The poll found only nine per cent of respondents said they think vaccines are dangerous and should not be taken or given.

Seventy-nine per cent did not hold that belief. 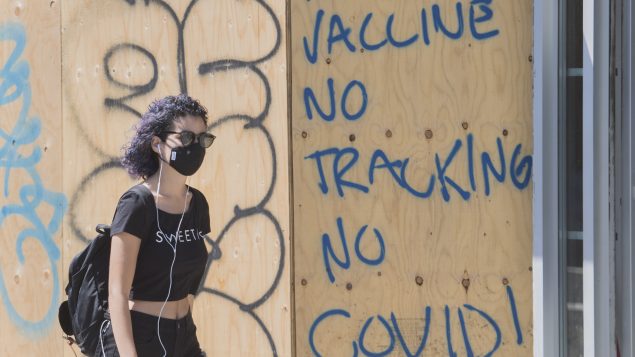 A woman wears a face mask as she passes by graffiti reading ‘No vaccine, No tracking, No COVID’ in Montreal in August. (THE CANADIAN PRESS/Graham Hughes)

Both Pfzer and Moderna have procurement agreements with Canada, as do five other drug companies.

When a vaccine will be available in Canada remains a matter of speculation, but when the day arrives, Canada’s largest and most populous province will be tasked with vaccinating more than a third of Canadians.

“We will be ready to go as soon as the vaccine is available,” Ontario Health Minister Christine Elliott told reporters on Monday.

A healthy percentage of Canadians–at least according to today’s poll–don’t share that view.

The online poll, which surveyed 1,522 Canadians, was conducted Nov. 13 to 15. It cannot be assigned a margin of error because internet-based polls are not considered random samples.

With files from The Canadian Press (Christopher Reynolds), The Associated Press, CBC, RCI