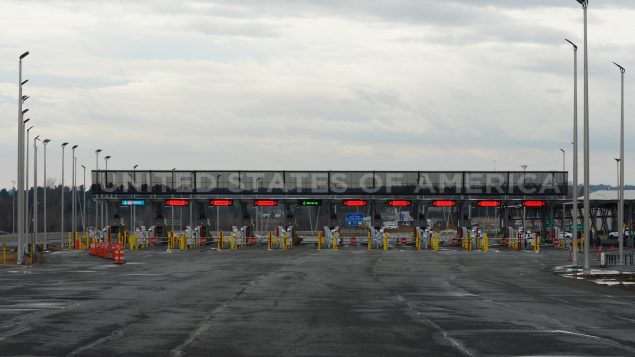 The Canada-U.S. border near Lacolle, Que., is seen on March 20 as the two countries agreed to close their mutual border in an attempt to fight the spread of COVID-19. The agreement has been renewed every month since and media reports in Ottawa say it is about to be extended to Dec. 21. (THE CANADIAN PRESS/Ryan Remiorz)

It appears travel restrictions at the Canada-United States land border will be extended another month–to Dec. 21–according to numerous media reports in Ottawa.

The two countries first announced the restrictions in March and–with some additional exemptions–they have been renewed every month since.

The expected announcement comes as both countries continue to report a growing number of COVID-19 cases.

Because of the record-setting pace of new cases in the U.S. there has been no rush–or appetite–by Canadians to reopen the border.

A public opinion poll in September found Canadian support for keeping the border closed to Americans was strong, with 90 per cent of those surveyed saying they agreed with the current border closure to non-essential traffic.

And many Canadians, including Prime Minister Justin Trudeau, believe the border will stay closed well into next year. 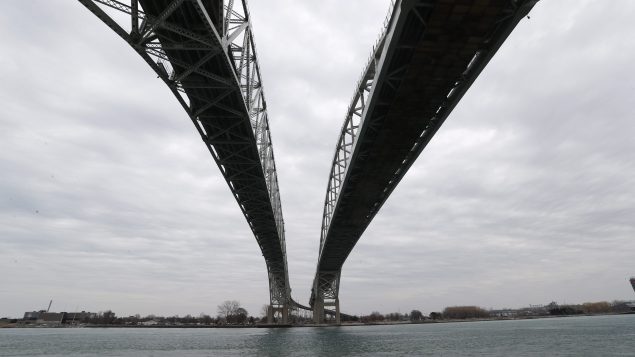 The twin spans of the Blue Water Bridge loom over the St. Clair River in Port Huron, Michigan, looking to Sarnia, Ontario, are pictured in March. No one is sure when the Canada-U.S. border will reopen. (AP Photo/Paul Sancya)

The travel ban does not apply to people who must cross the border to keep the flow of goods flowing and essential services going, including truckers and hospital staff.

As well, exemptions include refugees, temporary foreign workers and those travelling on compassionate grounds determined by the Public Health Agency of Canada.

Canadian citizens and permanent residents are allowed to return to the country but must quarantine for 14 days, unless they are deemed to be providing essential services.

Canadians can still fly to the U.S., but that rule isn’t reciprocal: Canada prohibits U.S. visitors from entering via all modes of transport.

The renewal of the agreement comes as CBC News reports that over five million arrivals into Canada have been allowed to skip the 14-day quarantine requirement put in place when the border was closed.

Sophia Harris writes that the data was compiled by the Canada Border Service Agency at the request of CBC News.

It shows that more than 80 per cent of the 6.5 million total arrivals into Canada between March 31 and Nov. 12 were exempt from the quarantine meant to battle the COVID-19 pandemic.

Harris reports that the arrival numbers include repeat entries by the same person. 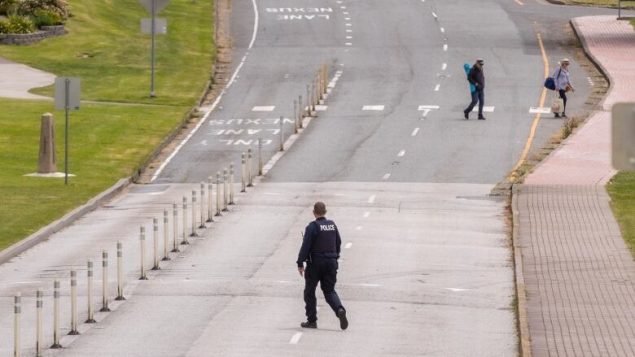 Those exempt include flight crew and emergency response workers, as well as truck drivers who cross the border multiple times.

Truck drivers alone, Harris reports, accounted for close to half of the total entries into Canada.

The CBSA calculated a total of 5.3 million quarantine-exempt entries, but said the number is only an estimate because the federal government didn’t start to track everyone in that group until July 31.

About $2 billion worth of trade crosses the Canada-U.S. border in both directions every day and before the shutdown, about 300,000 people crossed the border daily in either direction.

Last month, Statistics Canada reported that the number of U.S. travellers crossing into Canada by car in September was down 94 per cent–to a total of 64,700 trips, compared to the same time last year.

And, the government recording agency said, the number of Canadians returning to the country in September was down 93 per cent, to 151,900, compared to the 2.2 million recorded in September 2019.

For years, the two countries prided themselves on having “the longest undefended border” in the world.