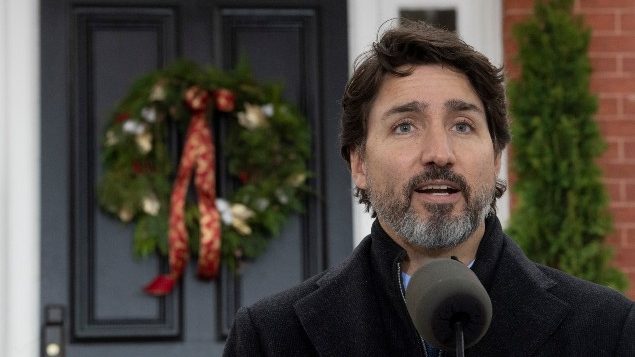 Speaking in front of his home as he did at the outset of the pandemic, Prime Minister Justin Trudeau urged Canadians to stay home and limit their social contacts. (Adrian Wyld/The Canadian Press)

Prime Minister Justin Trudeau today implored Canadians to follow public health directives to stop the spike in COVID-19 infections and deaths. He took the symbolic step of addressing reporters outside his home as he did in the first days of the pandemic. The added urgency came on the day that grim statistics were released projecting that infections in Canada could climb by 60,000 per day by year’s end if people increase their social contacts.

‘Everyone is sick and tired’

“Everyone is sick and tired of this,” said Trudeau. “We need to know that the end is in sight, that spring will come after this winter. But in order to get through this winter without losing too many more of our loved ones, we need to do one last big effort these coming months, and it starts in the coming weeks with really tightening up.” 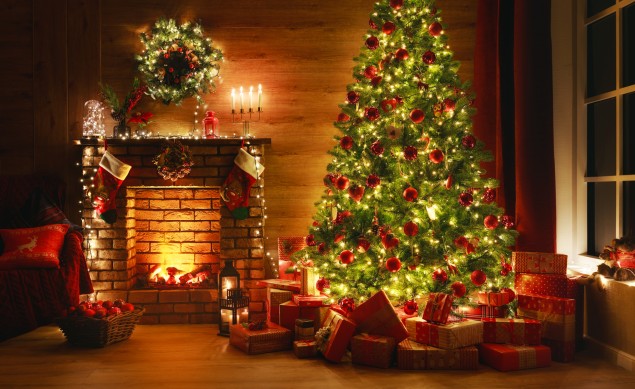 Christmas is coming and it’s not clear to what extent Canadians will be able to spend time with their families and friends. (iStock)

Trudeau is asking all Canadians to follow the directives from their local public health authorities. It is Canada’s ten provinces and three territories which have jurisdiction over health care and they guard it  jealously.

There has been great variation across the country in the directives and lockdowns between jurisdictions and even between regions within them. This has caused some confusion and some calls for Trudeau to invoke an emergency law to set one policy for the whole country. Trudeau declined to do so. Nor would he be drawn into criticizing the government of the province of Quebec which just announced it would loosen restrictions so that small groups of people could meet for four days over the Christmas holidays. “My job is not to judge or criticize the provinces but to work with them,” he said, noting that his government has supported provinces and territories by funding  for such things as testing, contract tracing and personal protective equipment.

He also noted that the federal government has just passed legislation providing rent subsidies of up to 90 per cent for small and medium sized businesses that are struggling. He is also extending to June 2021 wage subsidies to help companies keep their employees. He promised his government would continue to support provinces, territories and citizens as the pandemic continues.

The prime minister’s main message was to citizens asking them to do everything in their power to stop the spike in transmission by staying home and reducing their contacts. “We still have to get over this hump of a winter that’s going to drive us inside, endanger(ing) us to more spikes and more transmission…(we have to) really hang in there.”