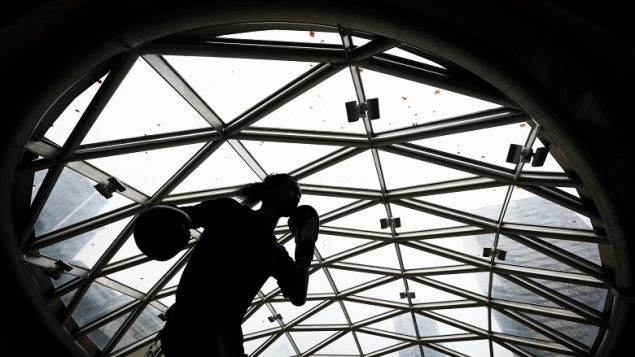 David Nguyen shadow boxes in downtown Vancouver, B.C. last Saturday. The province is seeing a spike in COVID-19 cases, prompting authorities to announce wide-ranging new rules for controlling the spread of the virus, including mandatory masks in indoor public and retail spaces and restricting social gatherings to household members only for everyone across B.C. New modelling released today suggests that the number of cases across the country could rise to as many as 60,000 a day, if people increase their contact rates. (CANADIAN PRESS/Jonathan Hayward)

Canada’s chief public health officer released new modelling today about where the COVID-19 pandemic may be heading across the country and the numbers are anything but pretty.

Dr. Theresa Tam said there could be as many as 60,000 new cases a day by the end of the year if Canadians increase their contact rates.

That’s a twelvefold increase of where they are now.

The current number of daily cases, Tam said, is about 4,800.

That’s a rise of 15 per cent from last week. 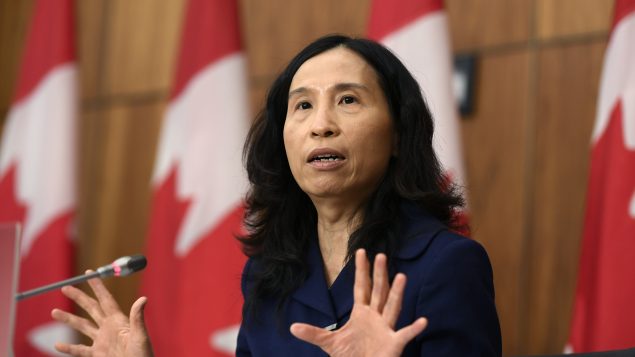 Chief Public Health Officer of Canada Dr. Theresa Tam is seen on Friday as she shared forecasts about the direction the COVID-19 pandemic is taking. (THE CANADIAN PRESS/Justin Tang)

Earlier this month, Tam warned that Canada was on track to top more than 10,000 cases a day by early December.

Earlier this week, officials announced that the country had topped 300,000 cases, as the daily rate continued to accelerate.

“We are not on a good trajectory,” Tam told a news conference in Ottawa, speaking as governments, health professionals and everyday Canadians continued to grapple with the spread of the virus.

“I think across the board, across Canada, we have to say the time is now, with urgency, that we limit contacts,” Tam said, noting that the virus was spreading across a wider geographic area of Canada than it did during the first wave in the spring.

“The national epidemic curve shows that case counts have far surpassed peak levels seen during the first wave,” she said.

Tam said current modelling predicts that at current rates of contact, there will be a surge of more than 20,000 cases per day by the end of December. 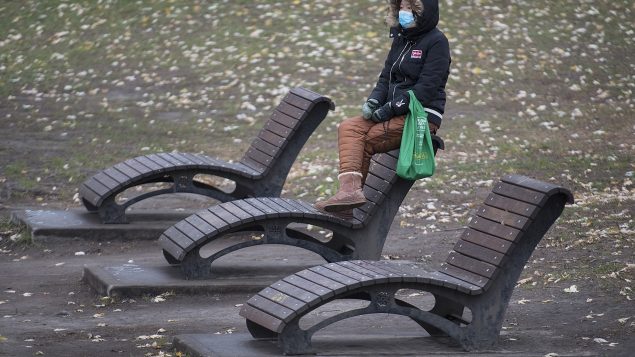 A woman sits alone in a park in Montreal last Sunday. (THE CANADIAN PRESS/Graham Hughes)

But she warned that if socialization increases, those projections will pale quickly.

She said that means less than one per cent of the population has tested positive and that said means the great majority of Canadians are still susceptible to infection.

Tam said the percentage of Canadians testing positive is now about 6.5 per cent–above the World Health Organization’s benchmark of five per cent.

She said the number could indicate that Canada is not testing enough,and is a clear sign that the spread of the virus is accelerating.