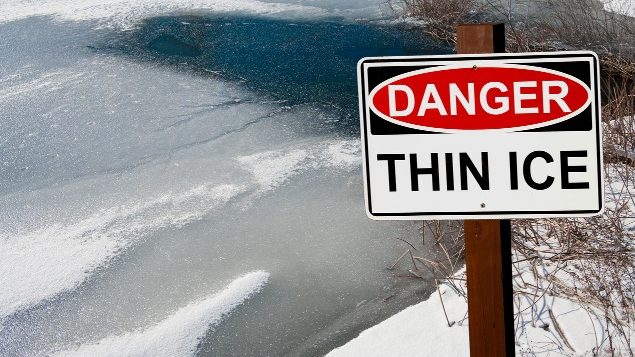 Researchers found evidence that climate change is affecting the safety of being out on the ice. (iStock)

Canadian researchers say that as winters become milder and lake ice less stable, more children and young adults are falling through the ice and drowning. Researchers submitted statistics to support their findings from several countries including Canada, Russia, Finland, Germany, Sweden and the United States. Canada had the highest number of winter drownings. They found that warming winter air temperatures were a good predictor of the number of drownings. 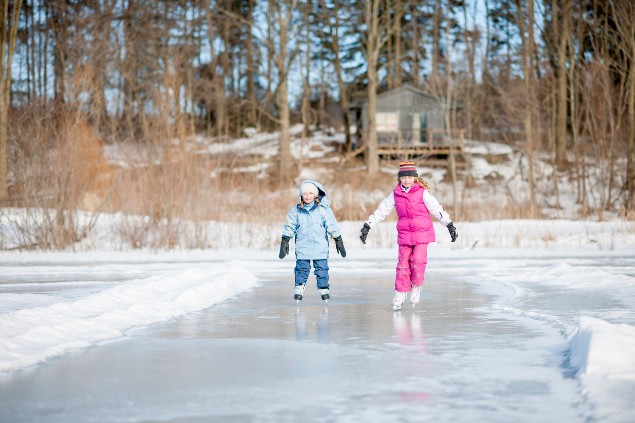 Parents are warned to make sure lake ice is thick enough before letting children skate on it. (iStock)

Researchers at York University in Toronto and an international group of scientists studied 4,000 drownings in 10 countries using information from coroners’ offices, police stations and lifesaving societies. They also collected temperature and precipitation data for each drowning. “Because we also examine trends in lake ice over hundreds of years, we know that ice on is much later in the season and ice off is much earlier. We are seeing these trends in lakes and rivers across the Northern Hemisphere and we found that the highest number of drowning events correspond to these times of ice-off and ice-on,” said the study’s lead author Prof. Sapna Sharma in a statement.

She added that this information is particularly important in Canada as there are traditions of being on the ice to skate or fish. In addition, some remote communities rely on roads built on the ice to get their supplies in winter. 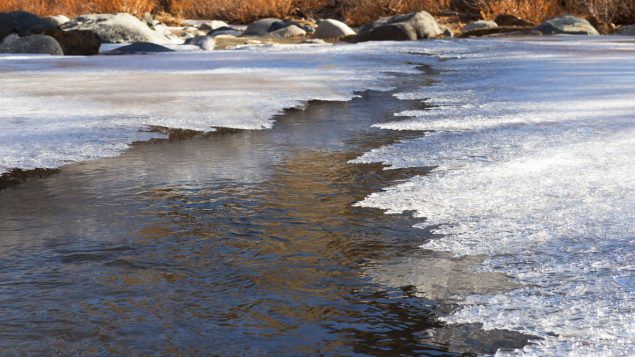 Statistics suggest that warming temperatures are helping destabilize ice on lakes and rivers across the northern hemisphere. (iStock)

The study found that almost half of the drowning victims are children under the age of nine who play on the ice. The majority of victims who drown while in vehicles are young adults under the age of 24. Deaths were most likely to occur at the beginning and at the end of winter, at the same time as the ice is weakest, less stable and less thick. The statistics suggest that warming temperatures, rain on snow and freeze-thaw events are destabilizing ice on lakes and rivers across the Northern Hemisphere.

The researchers found that countries that have strong regulations about who can access the ice, when and for which activity such as Italy and Germany have lower incidence of winter drownings.

Canada offers extensive swimming lessons for children to prevent drowning. Sharma suggests they should include training for winter ice safety.

“The climate is changing and it’s affecting when you can be on the ice safely,” said Sharma. “Individuals need to take that into account, especially this winter when (because of the pandemic) more individuals will be out enjoying winter ice activities.”

The study was published in the journal PLOS One.