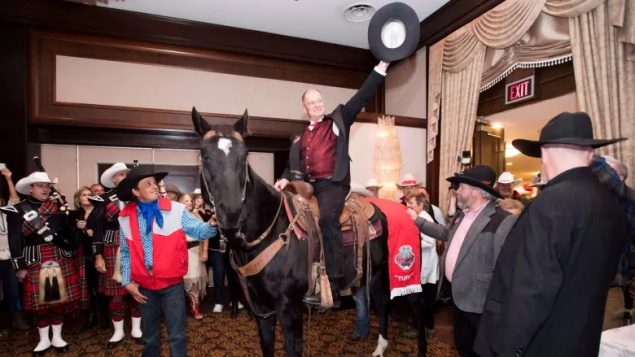 Tuffy the horse arrives at a hotel during Grey Cup week in Edmonton in 2018. The tradition of having a horse in a hotel in the Grey Cup host city dates back to 1948. No horses made it to any hotels in Regina this year. The Grey Cup--orginally set to be played yesterday--was cancelled for the first time since 1919. (THE CANADIAN PRESS/File)

In normal times, yesterday was supposed to approach something resembling a low-key national holiday–a Sunday when Canadians across the country would gather with friends and family to join in a long-time, late fall ritual: the viewing of the Grey Cup, the country’s professional football championship.

Those get-togethers, of course, follow a week famous for much racous partying by supporters of the two teams involved in the city where the game was to be played. (See photo above.)

Akin to the Super Bowl in the United States, the Grey Cup on television draws a lot of viewers who for 364 days a year couldn’t care a whit about football. 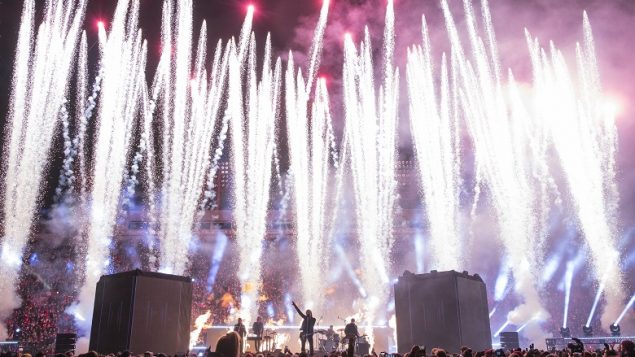 Keith Urban performs during the halftime show at the 107th Grey Cup in Calgary, Alta., Sunday, November 24, 2019. There were few fireworks and not a lot of pizzazz for Canadian sports fans in 2020. Fingers are crossed that things can begin to inch back to normal in 2021. (THE CANADIAN PRESS/Todd Korol)

Still, it’s a tradition–a marker informing us that summer (really) and fall (maybe/perhaps/likely) are over.

Every Canadian, it should be noted, is well aware of what lies ahead.

As the CBC’s Devin Heroux reports, it was a sad day for football fans.

But Canadians are, after all a reslient (and generally) optimistic tribe. 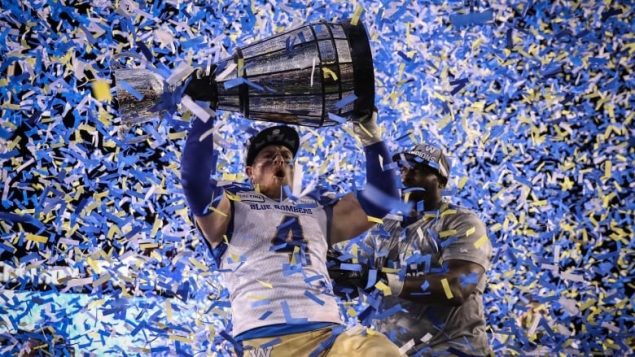 It begins in June and the playoffs will conclude in late November with the 2021 Grey Cup, on Nov. 21 in Hamilton.

Should the league make it back, it will be of no small matter, coming as it might as Canadians attempt to inch their way back to something resembling normal.

If it happens, it will be a big deal–certainly across the Canadian Prairies, where the game is held in esteem and supported with passion by fans in Winnipeg, Regina, Calgary and Edmonton.

As he unveiled the schedule on Friday, the league’s commissioner, Randy Ambrosie, was of very good cheer.

“We’re looking forward to hosting our comeback season in our stadiums, in front of our fans,” he said.

“With this schedule, we’re signalling that we’re looking forward with optimism to playing in 2021.

“As we look forward to a new season, we are encouraged by the reports about vaccines, treatments and rapid testing in the news. 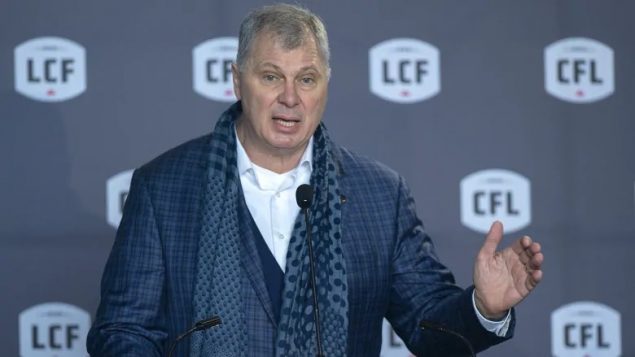 Canadian Football League Commissioner Randy Ambrosie is upbeat about the possibilities of the 2021 CFL season. (THE CANADIAN PRESS/Andrew Vaughan)

“We will continue to work with our local public health authorities in 2021.

“We thank our fans, partners and broadcasters for their continuing support and look forward to enjoying great Canadian football with them.”

So much for the (hoped for) good news….

Canada’s eye-popping professional basketball team, the Toronto Raptors, who won the hearts of fans across the country in the early summer of 2019 as they won the National Basketball Association championship, also made an announcement on Friday.

They will not be playing in Canada–at least in the immediate future.

When the 2020-2021 season begins next month, the Raptors will be playing their home games in Tampa, Florida.

They will remain there for the foreseeable future.

“The current public-health situation facing Canadians, combined with the urgent need to determine where we will play, means that we will begin our 2020-21 season in Tampa,” Raptors president Masai Ujiri said in a statement. 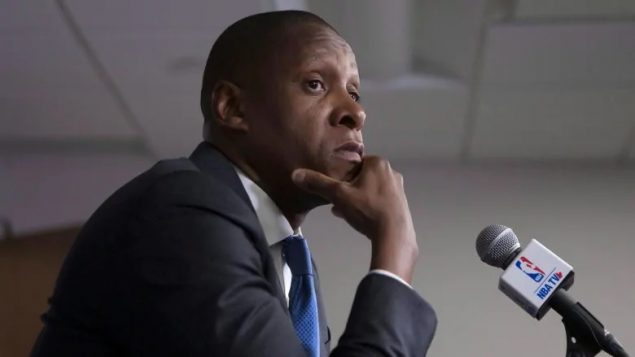 Toronto Raptors President Masai Ujiri is asking the team’s fans in Canada “to cheer us on from afar, and we look forward to the day when we all get back together.” (THE CANADIAN PRESS/Chris Young)

The Raptors and the NBA had sought an exemption to a government requirement that anyone entering Canada for nonessential reasons must self-isolate for 14 days as the U.S.-Canada border remains closed to nonessential travel.

After some deliberation, Ottawa said no–as it did earlier this year to the Major League Baseball’s Toronto Blue Jays and Major League Soccer’s Toronto FC, Montreal Impact and Vancouver Whitecaps.

The Raptors have not played a game in Toronto since Feb. 28 and after sports across North America shut down the following month because of the pandemic pandemic, they finished their season in the so-called NBA bubble at Walt Disney World, near Orlando, Florida.

The Raptors could return in the spring, but no one’s counting on it.

Should they make it back, Canadians will be more than ready.

“I’m sure I speak for everybody in the city of Toronto, we’ll support the Raptors wherever they’re playing because they’re our Raptors,” Toronto Mayor John Tory said Friday.

“And Tampa Bay shouldn’t get any ideas in that regard, they’re our Raptors and they will be our team.” 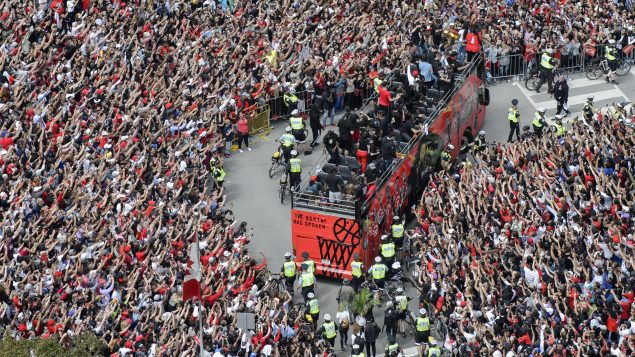 Fans cheer as the Toronto Raptors pass by during the 2019 Toronto Raptors Championship parade in Toronto, on Monday, June 17, 2019. (THE CANADIAN PRESS/Andrew Lahodynskyj)

In his statement, Ujiri said the team will continue to plan for a safe return to play in Toronto and remains committed to promoting and demonstrating public health measures to help combat the spread of COVID-19 in Canada.

“They say absence makes the heart more loving,” Ujiri said. “I’m not sure it’s possible for us – we love Toronto and Canada, and we know we have the best fans in the NBA. For now, I will ask you to cheer us on from afar, and we look forward to the day when we all get back together. ”

Should the Raptors make it back by spring (a gigantic if), they could find the Canadian Football Season up and running–something that didn’t happen this year when not a single game was played.

Will Canadian sports fans–come spring–have a choice to attend an NBA playoff game and/or shout themselves hoarse at a CFL cliff-hanger?

For an answer, we turn to former MLB pitcher Joaquín Andújar’s clubhouse reply to a sportswriter’s question.

“One word says it all,” Andujar is said to have said.