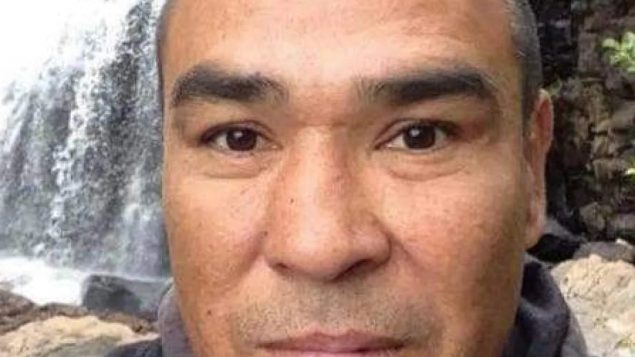 The pandemic: a homeless man freezes to death as politicans broach a travel ban

As people in Montreal try to process the death of a homeless man who froze to death last Sunday, Canada appears to be inching closer and closer to banning all but non-essential travel in and out of the country–a ban that would include Canadians who continue to head south for their winter vacations and then return home, potentially carrying a virus that continues sap their fellow Canadians’ spirits and tax their resolve.

Yesterday, Trudeau again raised the possibility of tighter travel restrictions but noted there are legal limits to what Ottawa can do because of constitutional guarantees on freedom of movement.

Later Tuesday, as COVID-19 numbers continued to rise in Quebec, the province’s premier called on the federal government to ban all non-essential international travel,adding “we can talk about what non-essential means.” 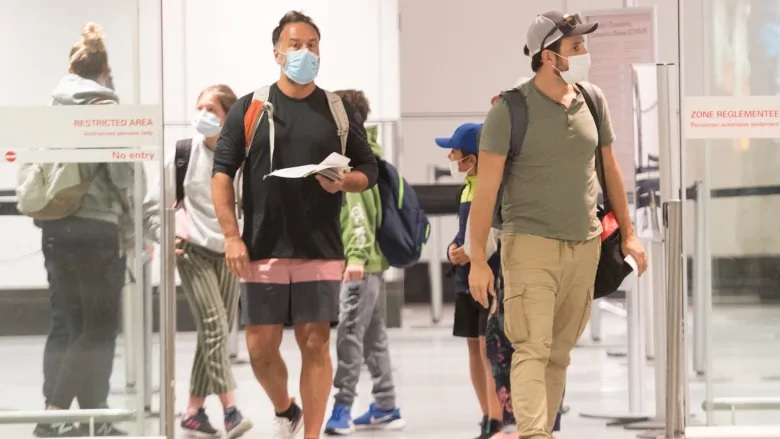 Passengers are shown in the international arrivals hall at Trudeau Airport in Montreal on December 29. Quebec Premier François Legault is calling on the federal government to ban all non-essential travel in and out of the country to try to half the spread of COVID-19. (THE CANADIAN PRESS/Graham Hughes)

“We are realizing there are some people who are coming back from international travel with the virus,” François Legault told a press conference.

“Going to Cancun … and partying by the pool, I’m very sorry but that’s not essential,” François Legault told a news conference.

“I don’t understand how someone could go to an all-inclusive [resort] in Punta Cana.”

Legault said he had delivered his request privately and was “waiting” for an answer.

“If we don’t get an answer from the federal government, we’ll see if we can put in place some measures ourselves in airports in Quebec,” he said.

The leaders’ press conferences came two days after a 51-year-old homeless Innu man, Raphaël André, was found frozen to death in Montreal, near Park Ave. and Milton St. at the edge of the city’s so-called Student Ghetto.

His death resonated across the city.

“Like many Montrealers, I’m deeply shocked by what happened to Raphaël André,” Montreal Mayor Valérie Plante told reporters, echoing calls by advocates to exempt homeless people from the province-wide 8 p.m. to 5 a.m. curfew imposed earlier this month to cope with the pandemic.

“I want people to feel safe in Montreal. I don’t want to exacerbate their vulnerability.” 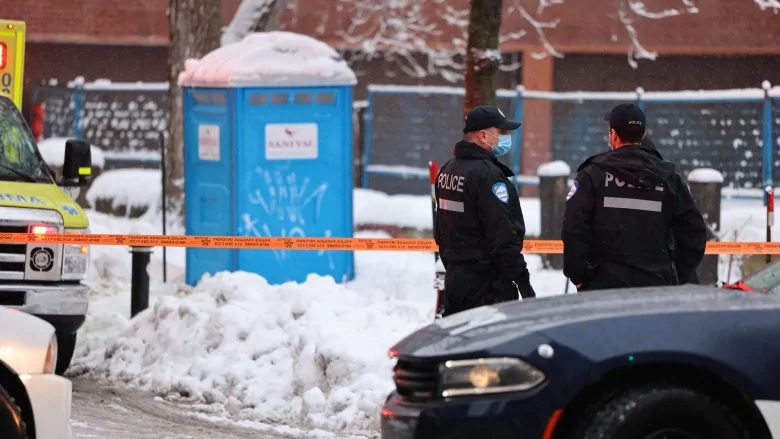 First responders were called to the corner of Milton St. and Parc Ave. in Montreal just before 8 a.m on Sunday. A man was found in a portable toilet, and was pronounced dead at the scene. He was later identified as Raphaël André, a 51-year-old homeless Innu man. (Radio-Canada/Mathieu Wagner)

Legault rejected the idea at his Tuesday press conference.

“Right now, the police are doing a very good job,” he said.

“They’re using their judgment and if we change the rule and say ‘you cannot give tickets to somebody who says they are homeless,’ you may have some people that will pretend to be homeless.”

The number of homeless persons in Canada is a matter of debate.

The Homelessness Partnering Secretariat (HPS) has regularly used the estimate that between 150,000 and 300,000 individuals experience homelessness in Canada each year, with others saying the number is higher.