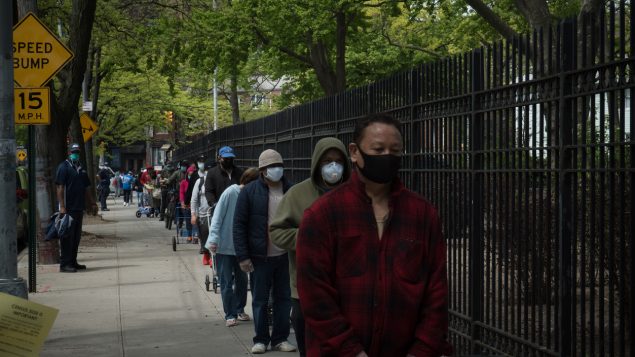 In a world where already, the poor were getting poorer while the rich were getting richer, the pandemic has dramatically increased the disparity, according to a report by Oxfam. (iStock)

The richest people in the world needed only nine months to recover from the economic impacts of the COVID-19 pandemic, while it could take more than a decade to the poorest to recover, according to a new report from Oxfam. This international organization regroups 20 NGOs fighting poverty.

Since the start of the pandemic and in Canada alone, 44 billionaires have increased their wealth by almost $63.5 billion since the pandemic began, says the report. It estimates that would be enough to give each of the country’s poorest people $16,823.

Figures from the Canadian government’s statistics agency show that in 2018, 3.2 million Canadians were living below the poverty line. That represents 8.7 per cent of the population. It defines poverty as a situation in which people cannot afford to buy a specific basket of goods and services.

“Women and marginalized racial and ethnic groups are bearing the brunt of this crisis…yet, they are more likely to work frontline jobs that increase their exposure to the virus,” says Oxfam.

The Oxfam report says that In the whole world, the 10 richest men increased their wealth by half a trillion dollars during the pandemic. It figures that is more than enough to pay for a vaccine for everyone and to make sure no one slides into poverty. It notes that at the same time, the world is seeing the worst job crisis in over 90 years with hundreds of millions of people underemployed or jobless.

Oxfam adds that women are hardest hit and inequality is costing lives. It gives the example of people of African descent in Brazil who are 40 per cent more likely to die of COVID-19 than are White people, and in the U.S., nearly 22,000 Blacks and Hispanics would still be alive if they had the same mortality rates as do Whites.

“Oxfam’s report shows how the rigged economic system is enabling a super-rich elite to amass wealth in the middle of the worst recession since the Great Depression while billions of people are struggling to make ends meet,” reads a statement. “It reveals how the pandemic is deepening long-standing economic, racial and gender divides.”

Oxfam says a temporary tax on excess profits made by 32 large corporations that have profited the most during the pandemic would have raised $104 billion in 2020. That amount could provide unemployment benefits for all workers and support for all children and seniors in low- and middle-income countries.

“The fight against inequality must be at the heart of economic rescue and recovery efforts,”  said Diana Sarosi, director of policy and campaigns for Oxfam Canada. “This needs to be a global effort by governments to ensure everyone has access to a COVID-19 vaccine; financial support if they lose their job; investing in public services as well as low carbon sectors to create millions of new jobs.

“These measures must not be band-aid solutions for desperate times but a ‘new normal’ in economies that work for the benefit of all people, not just the privileged few.”

The Oxfam report entitled The Inequality Virus is being published on January 25, 2021, the opening day of the World Economic Forum’s virtual meeting.