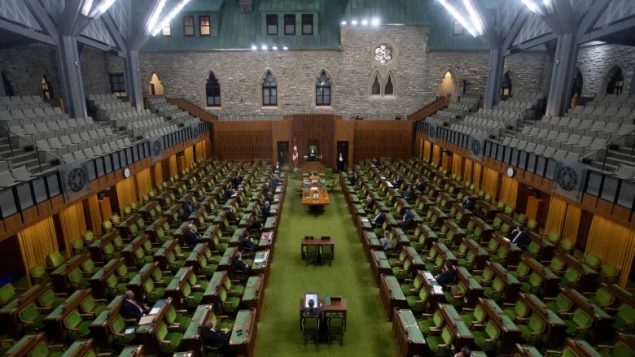 Canada's House of Commons resumes sitting today--likely in the same format that saw about 80 MPs in the chamber and the rest participating virtually to help curb the spread of COVID-19 before the holiday break. The lagging vaccine rollout is expected to dominate debate. (THE CANADIAN PRESS/Adrian Wyld)

Since MPs last met, COVID-19 has continued to dominate Canadians’ lives and that’s where members’ collective focus is expected to fall, especially the sputtering rollout of vaccines.

Deliveries of the Pfizer-BioNTech vaccine are expected to drop by 50 per cent over the next four weeks and opposition MPs are expected to grill Prime Minister Justin Trudeau’s Liberals, who hold a minority government, about what has gone wrong and what the government is doing about it.

The resumption comes a year to the day that the first case of the virus that causes COVID-19 was confirmed in Canada and as data continues to show the number of COVID-19 cases dipping--a decline that health officials are not ready to declare permanent.

As of Sunday evening, there had been 747,383 cases of COVID-19 in Canada and 19,094 deaths reported in Canada, according to the Public Health Agency. 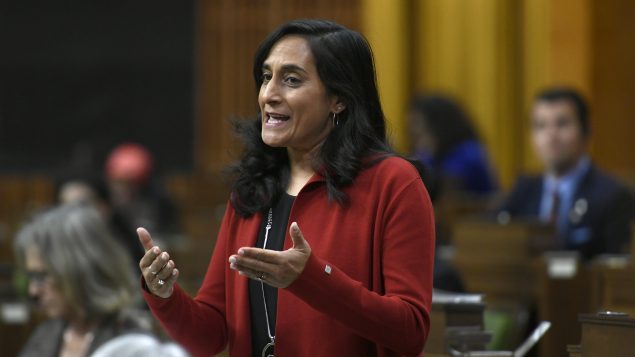 Minister of Public Services and Procurement Anita Anand rises during Question Period in the House of Commons on Parliament Hill in Ottawa on Dec. 10, 2020. Anand will likely be fielding a lot of questions about Canada’s vaccine rollout in the coming days and weeks. (THE CANADIAN PRESS/Justin Tang)

In an attempt to put out another political fire, the Liberals are expected to table new legislation this week aimed at curbing international travel and at preventing returning travellers from access to up to $1,000 in federal sick-leave benefits to pay for their 14-day quarantine after returning, a policy that has angered many Canadians.

MPs are expected to decide today to again allow virtual attendance and appear set to adopt an app that will allow them to vote remotely.

Hovering over the virtual proceedings is what some pundits say is a very real possibility of a spring election, despite Trudeau saying he doesn’t want one.

Because he leads a minority government, he may not have the choice should a non-confidence motion come.