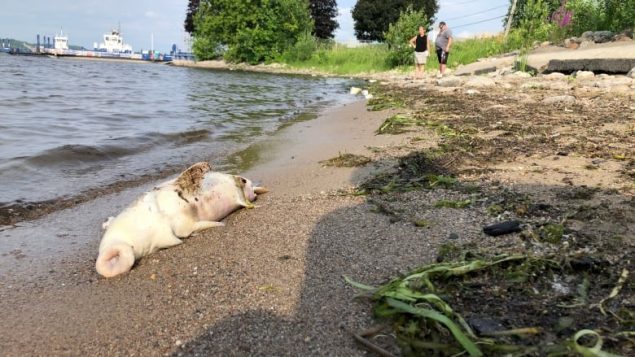 Several journalists’ groups have wryly bestowed an award for “Outstanding Achievement in government secrecy” to the Ministry of Forests, Wildlife and Parks in the province of Quebec. The award relates to the provincial ministry’s unwillingness to share lab data with scientists at the federal level relating to four mysterious fish die-offs in the middle of 2019. Dead fish were turning up in the Ottawa River and the source was thought to be the the Lièvre River east of Ottawa. The journalists say the federal scientists were obliged to use Canada’s Access to Information law to formally file requests for the data.

The law was created to “enhance the accountability and transparency of federal institutions to promote an open and democratic society and to enable public debate on the conduct of those institutions.” Under this law, anyone can pay $5 to get access to request government files. 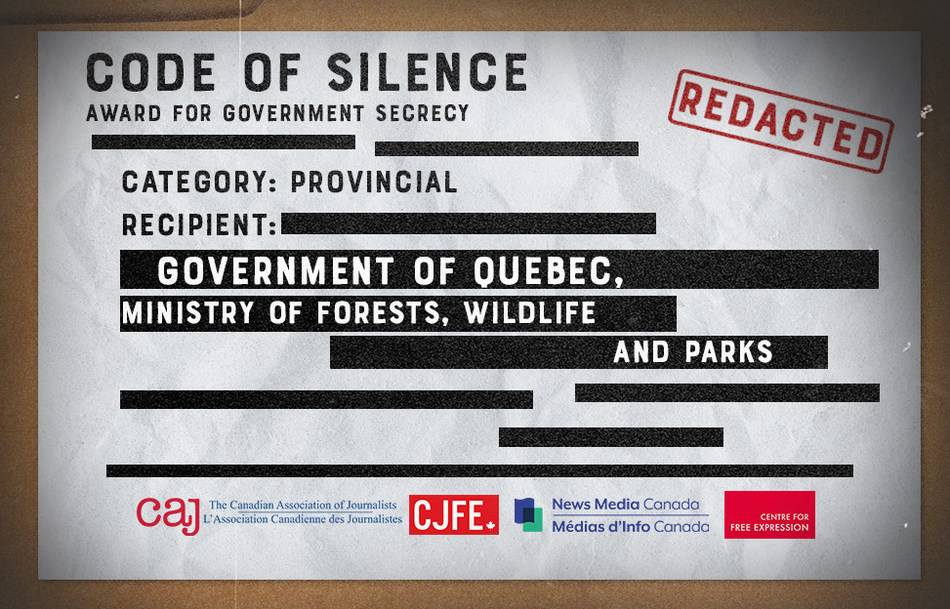 The Code of Silence Awards are designed to draw attention to government and publicly funded agencies ‘that work hard to hide information.) (CNW Group/Canadian Journalists for Free Expression)

The Code of Silence Awards are presented every year by The Canadian Association of Journalists (CAJ); the Centre for Free Expression at Ryerson University (CFE); News Media Canada; and Canadian Journalists for Free Expression (CJFE). Their stated intent is to raise public awareness to government or publicly funded agencies “that work hard to hide information to which the public has a right under access to information legislation.” They are bestowed in federal, provincial and municipal categories, as well as law enforcement.

The federal government’s cabinet was recently awarded for “ suppressing public access to details about very large loans – at times amounting to billions of dollars – given to corporations out of the public purse.”