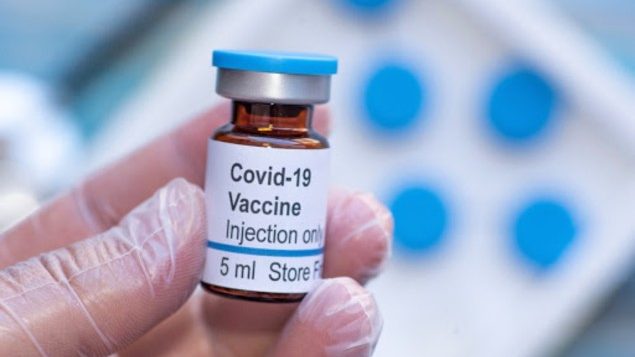 According to a survey conducted by Leger and the Association for Canadian Studies, 51 per cent of respondents said that they would get vaccinated with the first vaccine that was offered. (iStock/Manjurul)

Survey: Just over half of Canadians will take first available COVID-19 vaccine

A survey released on Tuesday found that just over half of Canadians are not going to be picky on which vaccine to get when it is their turn to get vaccinated.

According to the survey conducted by Leger and the Association for Canadian Studies, 51 per cent of respondents said that they will get vaccinated with the first vaccine that is offered.

Among the individuals who said they would wait to get their vaccine of choice, 67 per cent said that they would be willing to be over a month to get the COVID-19 vaccine they wanted.

According to the survey, most Canadian respondents, 79 per cent, believe that vaccines are not dangerous and should be given or taken.

The survey also found that 65 per cent of Canadian respondents expect safety measures such as mask wearing and social distancing to remain in place even when the COVID-19 vaccine becomes widely available in Canada. Twenty-five per cent of respondents said that these measures will be discontinued.

The survey polled 1,512 Canadian adults and was conducted from March 12 to March 14.

There have been some concerns about the AstraZeneca COVID-19 vaccine recently after its use has been suspended in a number of European countries due to reports of it causing blood clots in some recipients.

Prime Minister Justin Trudeau offered assurances that the vaccine was safe in a news conference on Monday.

“Health Canada and our experts and scientists have spent an awful lot of time making sure that every vaccine approved in Canada is both safe and effective,” Trudeau said. “Therefore the best vaccine for you to take is the very first one that is offered to you. That is how we get through this as quickly as possible and as safely as possible.” 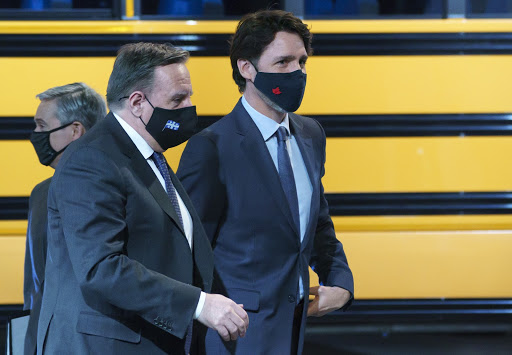 Prime Minister Justin Trudeau and Quebec Premier François Legault walk together as they leave a news conference in Montreal on Monday. Trudeau said he will gladly get the COVID-19 vaccine when the time comes. (THE CANADIAN PRESS/Paul Chiasson)

Trudeau also said he is not overly focused on when it will be his turn to get vaccinated but said when it comes, he will gladly get the COVID-19 vaccine.

On Tuesday, Canada’s National Advisory Committee on Immunization (NACI) changed its guidelines on the use of the AstraZeneca vaccine and has recommended that it be given to individuals over the age of 65.