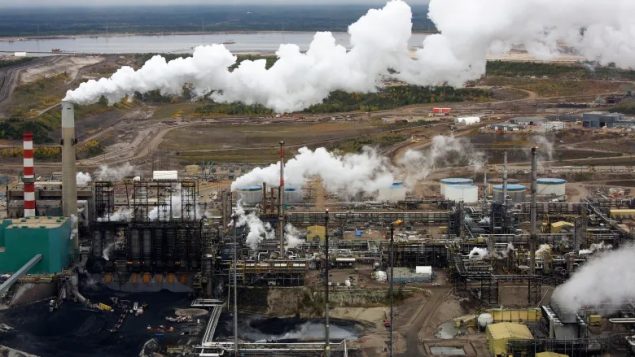 The processing facility at the Suncor oil sands operations near Fort McMurray, Alta is pictured. A new report from Environmental Defence says the federal government delivered $18 billion in subsidies and other forms of financial support to the country's fossil fuel industry in 2020. The figures are disputed by some in government. (Reuters/Todd Korol)

A report released today by the Canadian environment organization Environmental Defence calculates that the federal government delivered $18 billion in subsidies and other forms of financial support to the country’s fossil fuel industry in 2020.

The report says Canada’s federal government “announced a minimum of almost $18 billion to the oil and gas sector in 2020.”

“It’s the opposite of the polluter-pays principle, and we’re paying for polluters,” said Julia Levin, climate and energy program manager with Environmental Defence, says in a statement accompanying the report’s release.

“And that’s entirely at odds with where our allies are going and not responsible to the Canadian public.” 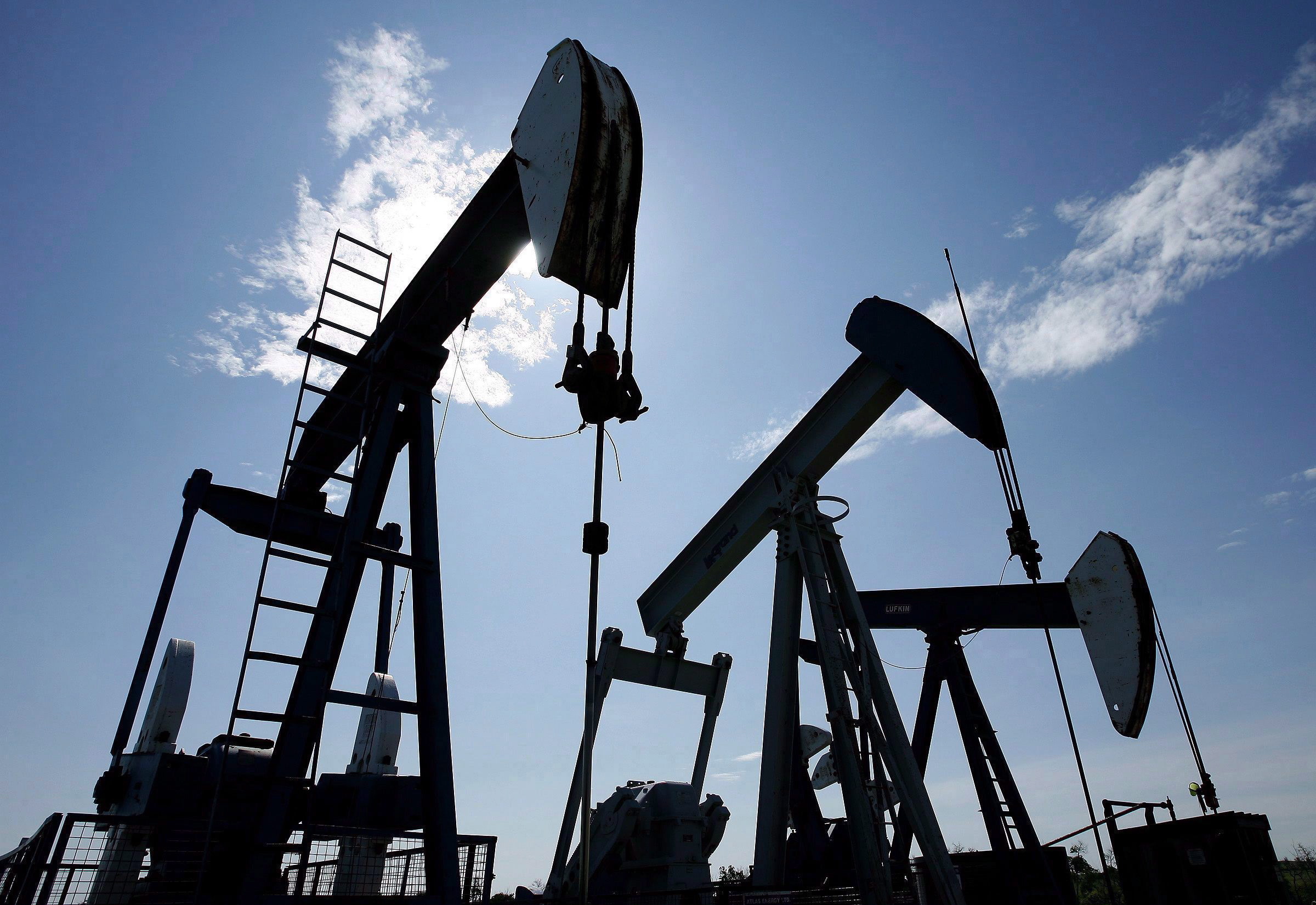 “However, the exact amount of financial support from the federal government is difficult to specify due to a lack of transparency and public reporting. As a result, the numbers included here are certainly an underestimate of total support,” the report reads.

The $18 billion figure contrasts with a report in February and is well above an estimate by the Winnipeg-based International Institute for Sustainable Development that found federal fossil fuel subsidies in Canada reached at least $1.9 billion in 2020, in part due to responses to COVID-19–a threefold increase compared to 2019. 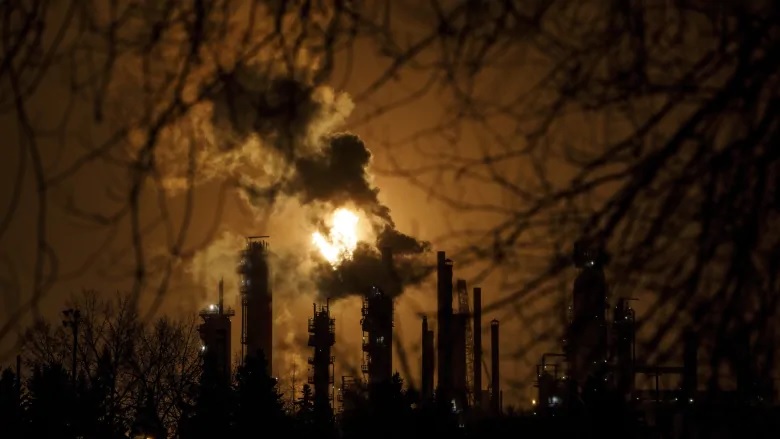 A flare stack lights the sky from the Imperial Oil refinery in Edmonton in 2018. Findings published in February by the International Institute for Sustainable Development suggested the economic impact of the pandemic led to a massive increase in federal aid to Canada’s oil patch. (THE CANADIAN PRESS/Jason Franson)

As well, in a story published today, the CBC’s David Thurton reports that a spokesperson for Minister of Natural Resources Seamus O’Regan challenged some of the Environmental Defence figures and how they were calculated.

“It has helped workers across the country – including oil and gas workers – put food on the table, and we make no apologies for that,” Cameron said in an email.

Environmental Defence’s Levin said she and her team took a broad look at how public dollars helped fund the industry in 2020.

Publicly available data, she said, showed money went to the oil and gas sector through programs like the pandemic wage subsidy, the RCMP and emissions reduction programs. 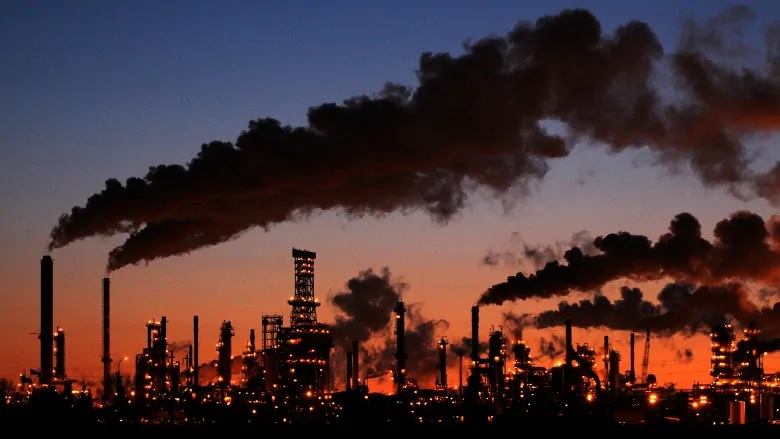 Reductions in damaging subsidies for oil, coal and natural gas would reduce air pollution, save cash and help a shift to greener energies, said a report from the OECD in 2015 that called major nations’s progress on the matter “alarmingly slow.”
Reuters/Dan Riedhuber)

“On the one hand, we have a government that’s setting climate goals, making climate plans. But on the other hand, it’s continuing to subsidize the sector that’s most responsible for fuelling the climate crisis,” Levin said.

“So there’s a real contradiction there.”

(The Liberal government has committed Canada to being carbon neutral by 2050. But it has released no plan for the three to four per cent annual cuts that it would take to get there. Canada has never met any of its previous climate goals and is one of five G20 countries behind on its Paris commitments.) 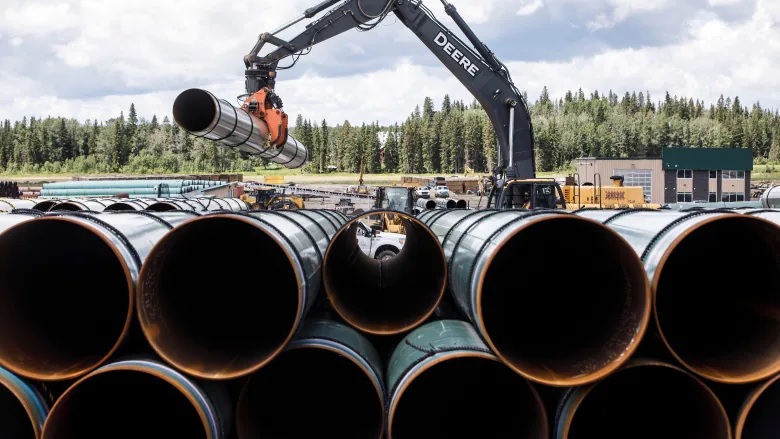 A report released in March estimated that the construction cost for the government-owned Trans Mountain pipeline expansion has ballooned from $5.4 billion to $12.6 billion and that Canada will lose $11.9 billion because of the expansion. (THE CANADIAN PRESS/Jason Franson)

EDC said in an email to CBC News that it offers financial services like loans, equity and insurance to the oil and gas industry — not subsidies, adding that is had gradually reduced its support for the sector.

In an effort to address climate change and encourage investment in clear energy, then-prime minister Stephen Harper and other G20 leaders pledged in 2009 to phase out “inefficient” fossil fuel subsidies prompting environmental groups to consistently call for a complete accounting of funding going to the fossil fuel industry, according to Thurton

On Wednesday, the premiers of four Canadian provinces signed a memorandum of agreement to explore the feasibility of using small modular nuclear reactors, or SMRs, as a clean energy option.

The provinces–Alberta, Ontario, Saskatchewan and New Brunswick–all oppose the federally-mandated carbon tax that took effect in 2019.

With files from CBC News (Thurton)