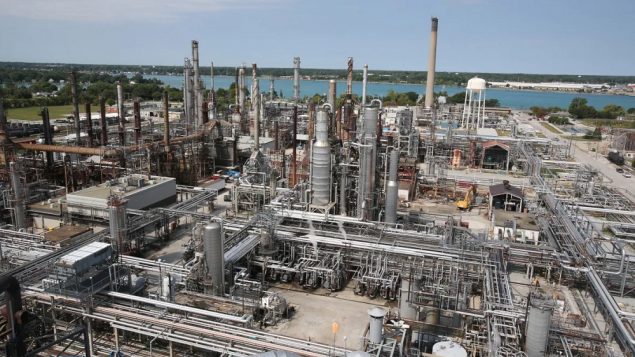 If Line 5 is shut down, it could affect thousands of jobs at Sarnia's refineries, and many thousands more indirect jobs. The city mayor echoes Enbridge claim that oil would then have to be shipped by more dangerous and far more costly methods. (Rex Larsen-Shell))

The issue of pipelines and the environment has not gone away in Canada.

There is the ongoing opposition to the Trans-Mountain pipeline from Alberta’s oil sands over the Rocky Mountain ranges to British Columbia and a Pacific port, the Biden administration cancelling the Keystone XL line from Alberta south through the U.S., and the gas pipeline in northern B.C. which had protests shutting down rail lines across the country causing massive disruption to the Canadian economy.

The latest issue is an order by the governor of the state of Michigan to shut down a Canadian line that passes through the state. The Enbridge Line 5 is part of a network of pipelines from Alberta eastward, with Line 5 being a section across Michigan passing under the Straits of Mackinac, before continuing though the state and then back to the Canadian city of Sarnia. 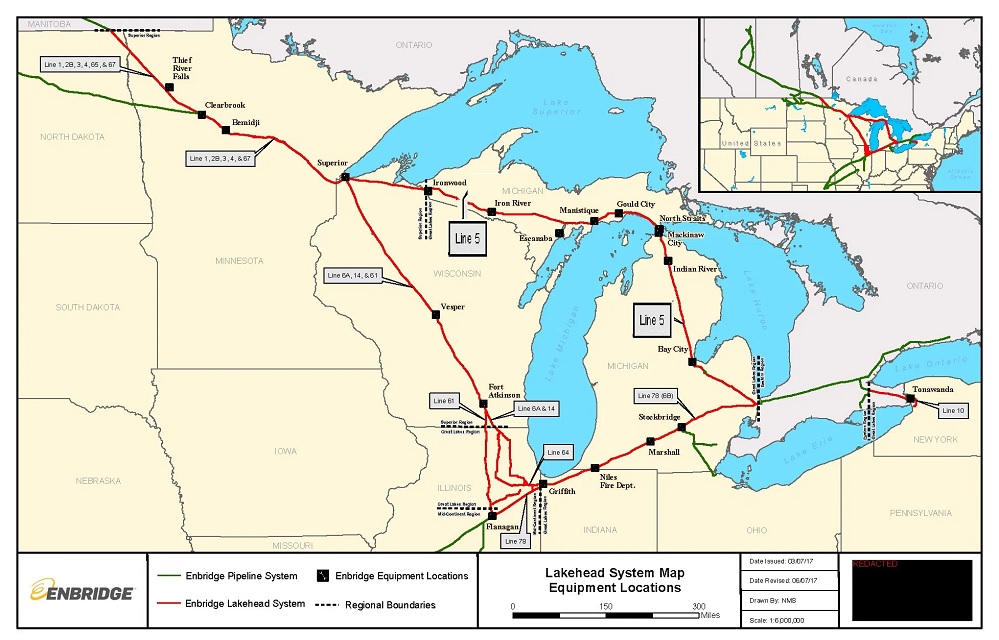 Line 5 transports some 540,000 barrels of oil and gas each day to Michigan, Ohio and Pennsylvania and to Ontario and Quebec in eastern Canada.

That shutdown order is set for May 12 with Michigan governor Gretchen Whitmer saying the potential for a spill in the environmentally sensitive straits could endanger some 350,000 jobs in the state and that protection of the Great Lakes is paramount.. Quoted by the CBC Whitmer’s spokesperson Chelsea Lewis-Parisio said, “We cannot risk the devastating economic, environmental and public health impacts of a catastrophic oil spill in the Great Lakes”.

Enbridge says the line under the straits has never experienced a leak, with pipes three times thicker than typical oil lines, adding it monitors the line 24 hours a day with computers, and has regular inline, diver, and ROV inspections.  The lines were struck by ship anchors or a dragged cable in 2018 and 2019 leading to concerns they might be breached by a future accident..

The National Wildlife Federation says it sent its own divers to inspect the line in 2013 and found a number of broken supports.

To eliminate possible damage, Enbridge has been planning since 2018 on building a US$500 million concrete tunnel to  encase a new line which would reduce risk to :”near zero”. and replace the line which has been operating since 1953. However, Whitmer’s election in 2019 stopped the project when she withdrew the easement agreement under the straits in November with the shutdown date of May 12 this year..

The two parties have been ordered into mediation, and while an Enbridge spokesperson says there will likely be no stoppage of flow, others however express deep concerns. The line supplies over 50 per cent of propane for the state, and about the same percentage of fuel needs for Ontario.

Canada’s ambassador to the U.S., Kristen Hillman, told CBC that a shutdown of the line, ” is not a threat to Canada’s national economic or energy security”, adding, “I think that it is an important dispute or disagreement that exists between Enbridge and the state of Michigan that needs to be taken very seriously. And we are taking it very seriously.”.

Aaron Henry, senior director of natural resources for the Canadian Chamber of Commerce had a different view of the potential shutdown. Quoted in The Narwhal he said, “This will change the face of Canada’s energy security:, adding, “It’s monumental. It’s a really big impact. You are looking to pay more to pump the gas in your car, airlines will be looking at higher costs for their jet fuel, and you’re looking at more costs for natural gas to turn on the stove or heat your house.” 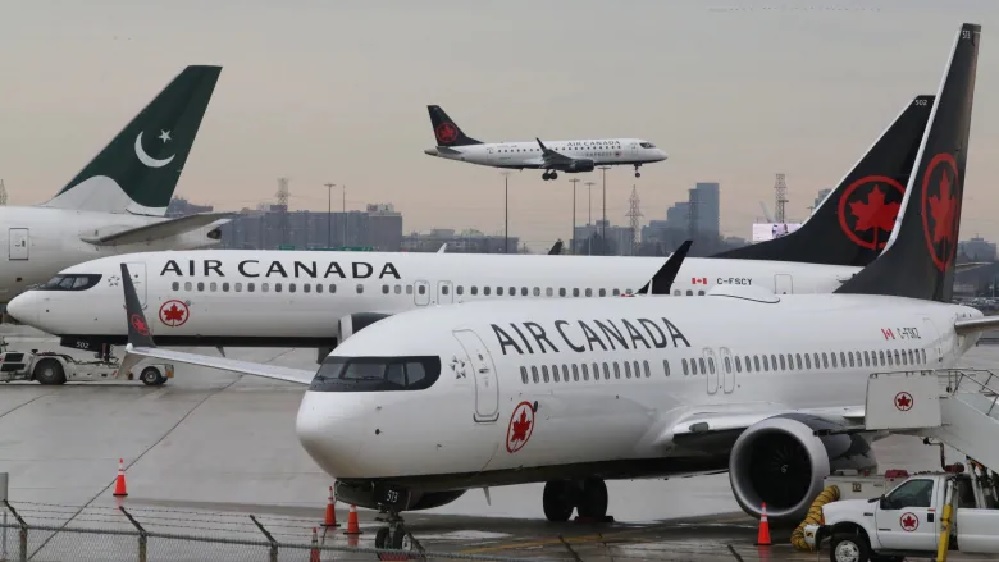 Toronto’s Pearson International Airport is a major domestic and international hub and one of the largest and busiest in Canada. Much of the jet fuel needed is supplied by Line-5 crude. Several U.S. states and Canadian provinces depend on the line for crude and propane ( Chris Helgren-Reuters)

Enbridge claims a shutdown would affect between 5,000-6,000 direct jobs, and about 30,000 indirect jobs. Quoted y BnnBloomberg,  Scott Archer, a union representative in Sarnia, Ontario whose 1,600 members keep Sarnia’s refineries operating said the loss of thousands of jobs would be disastrous for the city of 72,000. “I just don’t think people understand the scope of it and the gravity of it. I mean, it’s going to knock the legs right out from under this town. It’s just going to wither and die without Line 5″, he said.

Enbridge also points out that if not through the pipeline, the product will still be needed but shipped by more expensive and more risky methods with less supply with inherent increased costs to consumers.

Quoted by BNNBloomberg, Sarnia’s Mayor Mike Bradley said, “If the pipeline was to be shut on May 12, that would mean thousands of railcars and trucks and barges carrying that oil and propane from Western Canada. How is that environmentally responsible?

Canada could invoke a little known 1977 bilateral treaty concerning the uninterrupted transit of pipelines across the border, but everyone is waiting to see what, if anything, happens to flow in just two days time.