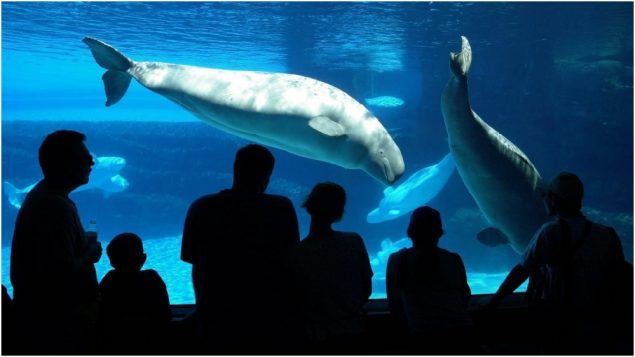 Five belugas from Canada's Marineland have authorisation to be sent to Mystic aquarium in the U.S which specialises in beluga research (Scott Dunlop-CP)

Canadian whales to be sent to U.S aquarium

Five beluga whales in Canada are expected to be sent to a U.S aquarium possibly as early as this weekend.

Following a long battle to overcome various legal and government approval processes, the four female and one male beluga will be sent from the Marineland aquatic and recreational park in Niagara Falls, Ontario to the Mystic Aquarium in Connecticut, U.S.A.

Environmental groups in both countries challenged the move in the courts saying it could harm the whales not only physically, but also emotionally due to separation from long term relationships with Marineland’s other whales.

Marineland said it would provide more room for its remaining whales, while Mystic which specializes in beluga research said the five whales will be added to their current three to aid research into beluga behaviour and comparison to wild beluga.

The five belugas will be kept in a separate area from the three Mystic whales while they acclimate to the new environment. They research permit does not allow the whales to be trained for public performances.

The Marineland whales, aged between seven and 12 years had been born in captivity and thus cannot be released into the wild. Laws now prevent the future capture of cetaceans for captivity nor can they be bred in captivity.

Mystic says the whales will now have a safe, and spacious habitat, and have the best of health care.

Animal welfare groups say Mystic could have carried out any research with the whales at Marineland, or with other captive belugas already elsewhere in the U.S.