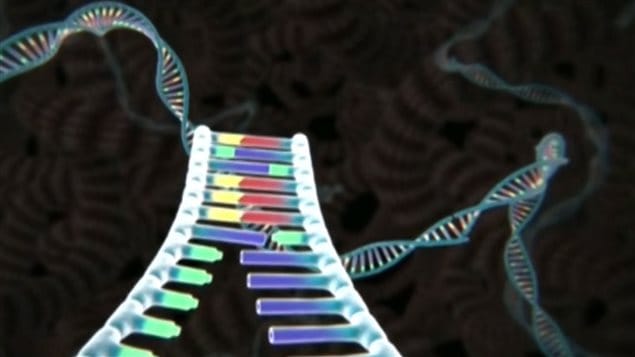 New technology makes it simpler and faster to add or remove DNA, cutting and pasting material in the human genome such that the alterations could be permanently passed on to future generations. Scientists are worried that this is close to happening and have called for a moratorium for society to discuss the issue first.
Photo Credit: CBC

Scientists are always trying to push the boundaries of knowledge, but now some are calling for a pause in a specific area of research.

The ability to now “edit” the human genome,  or “genetic engineering” has the potential for great good in eliminating genetic diseases, but also for abuse in creating “designer” babies.

Manipulating the DNA in sperm, eggs, and embryos also means those genetic changes or “edits”, will be replicated in future generations and so become part of the human “germ line”, potentially changing humanity from that point on.

Some scientists are now calling for a pause in such research to enable discussion on where and how far it should go.

Tim Caulfield (LL.B., LL.M) is Canada Research Chair in Health Law and Policy  Senior Health Scholar, Alberta Heritage Foundation for Medical Research; Professor, Faculty of Law and School of Public Health; and Research Director, Health Law Institute. He was involved with one of the groups calling for the pause.

The idea for such techniques is to eliminate genetic diseases by editing out faulty genes, but it now also allows entry into a scientific area  of human gene modification for other purposes where ethically and morally, society has not wished to enter and previously couldn’t.

Now scientists fear such experiments may already be taking place.

The first call for a moratorium  on embryonic manipulation came in the science journal Nature,  followed shortly afterward by another group of Nobel laureates in the journal Science.

Another call then came from the International Society for Stem Cell Research (ISSCR). In their opening statement they write, “The International Society for Stem Cell Research calls for a moratorium on attempts at clinical application of nuclear genome editing of the human germ line to enable more extensive scientific analysis of the potential risks of genome editing and broader public discussion of the societal and ethical implications.”

Indeed all these eminent scientists and researchers have similarly called for a pause on genome editing experiments on human embryos, something which has recently become possible through new technology enabling the manipulation, adding and subtracting genes, simpler and more accurate.

The  ISSCR authors said the with the rapid evolution of genome engineering technology there is an urgent need for an “open discussion of the merits and risks of human genome modification by a broad cohort of scientists, clinicians, social scientists, the general public, and relevant public entities and interest groups.” This is especially so as many think such experiments may already be taking place.

Professor Caulfield points out that there is a difference between using gene therapy to eliminate genetic disease in an individual, and that of altering the germ line such that it thereafter becomes a permanent and repeated change in descendants.

He says there are concerns in at least two areas, the first being that altering the germ line may result in completely unknown and/or unexpected consequences in future generations, and the second being that the capability to alter genes may tempt people to develop “designer” babies with specific enhanced traits for athletics or intelligence or other characteristics.

So far scientists have not called for more laws against such research with human embryos, sperm and eggs, but instead want to create a worldwide scientific consensus to halt any such experiments until much more discussion on the issue has taken place.