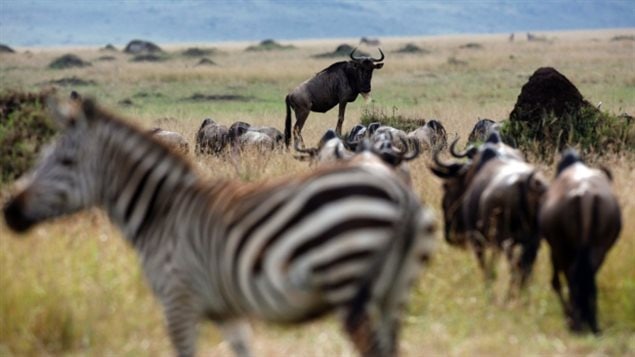 Predators, prey, and the mathematics of nature

Science has long presumed, and taught, that when the numbers of prey increase, the number of predators increase in a linear relationship.

New research says that’s not actually the case at all, that a doubling of prey does not result in a doubling of predators. Ian Hatton led the study for his PhD in biology at McGill University in Montreal.

Hatton is the lead-author of the research published this week in Science as, “The predator-prey power law: Biomass scaling across terrestrial and aquatic biomes”

What the researchers found was surprising and differs from long-held beliefs: in relative terms, the ratio of predators to prey declines as the number of prey increase.

Additionally, the study found that this concept may be a fundamental aspect of nature.

Researchers from McGill, and universities in Guelph and Waterloo in Ontario, and in Vancouver, B.C., calculated the biomass (weight) of prey mammals and predators in different locations in Africa. These included for example lions, cheetahs, hyenas as predators, and zebras, antelope, wildebeest etc as prey.

Speaking to Emily Chung of the CBC Hatton cited the example of  the Kalahari where there are about 200kg of prey (buffalo, impala, etc) per square kilometre and about 4 kilograms of lion, hyena etc.   The lush Ngorongoro crater has roughly 100 times the amount of prey, at 20,000kg /km2 but only a little over 27 times the predators in the same are, or 110kg/km2.

The research also involved examination of some 1,000 other studies in 1,500 locations world-wide and found the same concept applied to aquatic ecosystems, and to plants and herbivores (which could be classed as predators of plants)

Hatton speculates that this surprising relationship may be due to another aspect of nature. Production (breeding) is reduced in crowded conditions.  Thus there are fewer young prey for  predator mammals which concentrate on the young or old as the breeding stock tends to be faster and fitter and harder to catch says Hatton. The same concept applies to plants and fish. Plant reproduction is lessened in crowded environments and for predators (herbivores) the younger, more tender plants are sought, and young, small fish are easier to catch and swallow.

The large-scale mathematical predictability of ecosystem productivity seems to be fundamental.