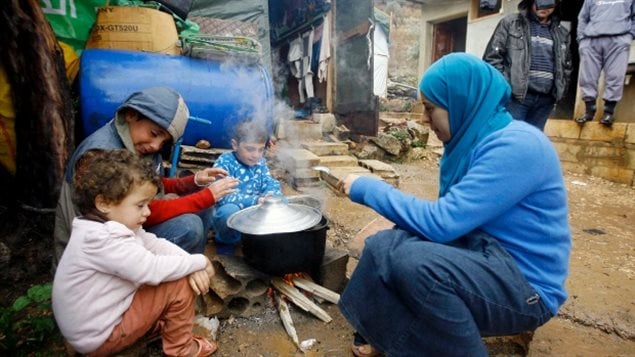 Canada will no longer require Syrians and Iraqis to prove they have UN refugee status before considering them for resettlement.
Photo Credit: Mohammed Zaatari/Associated Press

Advocates applaud the Canadian government’s new measures to speed up private efforts to bring in Syrian refugees, but they say it should do more.

Syrians and Iraqis will no longer have to prove they are recognized as convention refugees by the United Nations, announced Immigration Minister Chris Alexander on Sept. 19th. This means the 10,000 Syrian refugees the government already planned to resettle within three years will instead come to Canada by September 2016, said the minister.

A promise to cut red tape

Alexander also promised to cut red tape for privately-sponsored refugees and to increase the number of officers abroad and at home to handle the applications. These measures are welcomed by the Canadian Council for Refugees (CCR), which represents advocacy groups across the country. They hope the measures will reduce the four to five years it can currently take to process applications.

“It’s been very difficult for Canadians that want to respond to refugees,” says Janet Dench, executive director of the council. “The system has become very, very bureaucratic and there’s a lot of paperwork to fill in, a lot of hoops to jump through. So we’ll be very glad to see some of those processes simplified.”

But the government should not be relying only on private sponsorships, she says. “This is part of a larger picture where the government is increasingly putting the onus on private citizens to do, to pay for resettlement rather than the government itself taking on its responsibility on behalf of all Canadians to make a substantial response to this global crisis.”

Other countries’ government have recently increased the total numbers of refugees they will accept and Canada could do the same, says Dench. It could also adopt flexible measures to make it easier for Syrians with family in Canada to be accepted. This would be particularly helpful to those still living in Syria.

Canada could also remove one more barrier to private sponsorship, she adds. Changes to the health care provided to asylum-seekers mean private sponsors are responsible to pay for medication prescribed outside of hospital. This could result in catastrophic expenses incurred by sponsors. Refugee advocates say privately sponsored refugees continue to suffer from cuts in health care coverage made by the Canadian government in 2012, even though some measures have been restored.