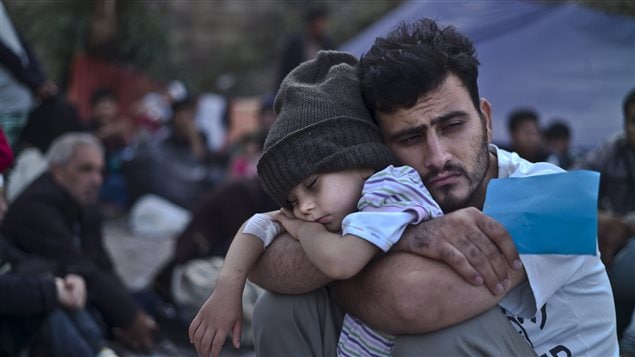 The United Nations vets and refers Syrian refugees like these for resettlement, but Canada’s prime minister ordered his own staff to vet them again, reports a national newspaper.
Photo Credit: Muhammed Muheisen/AP Photo

Early this year, the Prime Minister’s Office stopped the processing of a highly vulnerable class of Syrian refugees so it could vet their applications, even though they had been referred by the United Nations, reports the Globe and Mail newspaper.

Government was ‘ensuring that security was not compromised’

The action caused a delay of several weeks and was not disclosed to the public, says the paper. The Globe reports that a spokesman for the immigration minister said “the government was concerned about the integrity of the system and ensuring that security was not compromised in any way.”

The cases are normally handled by the government’s Citizenship and Immigration department. Vetting in the Prime Minister’s Office (PMO) may have been done by political staff with little training in refugee matters, and could have been a breach of refugees’ privacy and security.

With an election campaign underway, Liberal Party Leader Justin Trudeau said he was not surprised by the report. He called it further evidence of Prime Minister Stephen Harper’s lack of transparency and urged Canadians to vote his Conservative Party out of office on October 19.

‘We must reduce excessive and illegitimate powers,’ Green leader

Before this report by the Globe and Mail, Green Party Leader Elizabeth May expressed her deep concern with the centralization of power in the Prime Minister’s Office.

“We must reduce the excessive and illegitimate powers exercised by the PMO,” May said in an interview on the public broadcaster, CBC Radio.

“If we don’t make this change, it’s debatable whether Canada will remain a democracy other than in name. An elected dictatorship punctuated by elections is not a healthy democracy. It’s a one-man rule.”