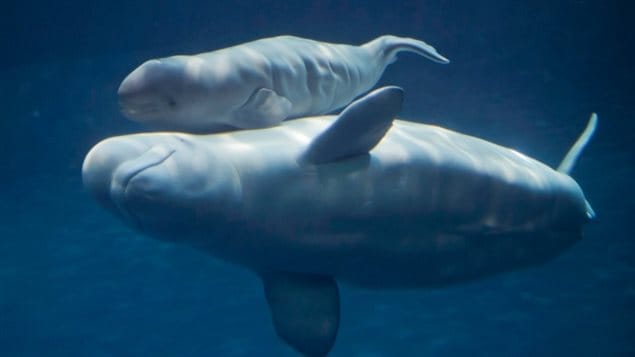 Beluga whales in the St. Lawrence Estuary are among the species that would greatly benefit from having their home protected.
Photo Credit: The Associated Press

Canada has a new government and it plans to follow through on its election promise to protect five per cent of it marine territory by 2017 and another five per cent in the following three years.

“We were in a very different situation with the former government,” says Susanna Fuller, marine conservation coordinator at the Ecology Action Centre. “Protecting our marine resources, renewable resources, biodiversity was simply not a priority.” But she notes there is now dramatic change.

“Already, conservation organizations have had high-level meetings with Department of Fisheries and Oceans staff, as well as regional level meetings…It’s a whole new world.”