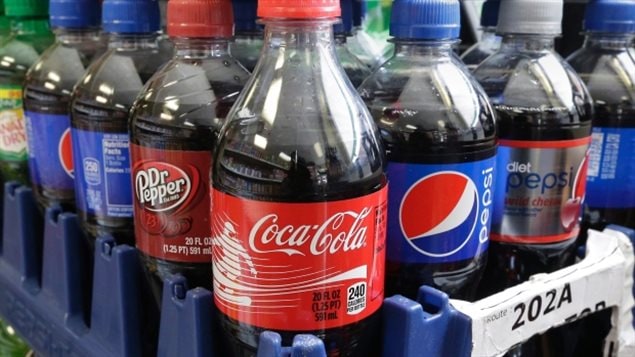 The Canadian Diabetes Association is calling for a new federal tax on sugary drinks because of epidemic levels of Type 2 diabetes. Professor Charlebois says a better policy would be to clearly indicate the amount of added sugar on all processed food so consumers could see the amount of sugar and make their own choices
Photo Credit: Rich Pedroncelli/Associated Press-via CBC

This week, the Canadian Diabetes Association (CDA) has called on the Canadian government to levy a tax on soft drinks.

The Association says the high sugar content contributes to obesity and to the ever–increasing rate of diabetes.

Sylvain Charlebois is skeptical that taxing the drinks to discourage consumption is the best strategy. He is a professor in food distribution and policy at the University of Guelph’s Food Institute, in Guelph Ontario.

In its own effort to combat skyrocketing obesity and diabetes, one of the highest in the world, Mexico had added a 10 percent tax on soft drinks. The study cited by the Canadian Diabetes Association showed that as a result, soft drink consumption declined by six percent in the ten month period studied..

Other jurisdictions, France, Finland, Hungary, Barbados, Romania, and some American states, have also increased taxes on such beverages to discourage sugar intake.

Professor Charlebois says that while studies show that soft drink consumption may decline, there is little evidence that sugar consumption, which is the problem, is also declining.

He cites an earlier study which said that limiting soft drinks only reduced calorie intake by a miniscule amount. The suggestion is that if people are discouraged from buying soft drinks because of the cost, they may simply seek a sugar fix in other products, thereby negating any health benefit from the soda pop tax.

Other studies (additional information links below) show that the effect of added taxation wears off over time.

Statistics show that even without a tax, Canadians are consuming fewer and fewer soft drinks every year, on average a drop of four percent per year. He says targetting a specific product with an added tax is somewhat misguided pointing out that a vast number of products consumed every day have often substantial amounts of added sugar.

Professor Charlebois says the better policy would be to ensure proper labelling in clear-understandable terms (ie not scientific names)- indicating the amount of added sugar in a product.

He says consumers are becoming wiser and are reading content labels more and more and with proper labelling laws, consumers can make their own decisions on whether to buy certain products.