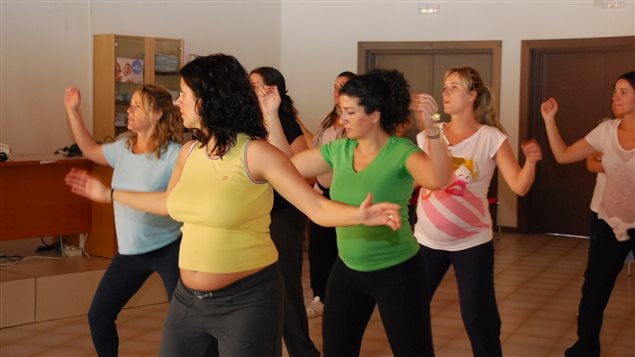 Exercise during pregnancy good for baby and mom

A new study suggests pregnant women should exercise to combat high blood pressure, excessive weight gain and babies who are born too big. Hypertension is hard to control in pregnant women, and sometimes they must be hospitalized. Too much weight gain can lead to obesity later on, and very large babies have a greater risk for obesity, Type 2 diabetes, and hypertension.

Health authorities have long said most Canadians need to be more active, and the study by Western University in London, Ontario and the Universidad Politécnica de Madrid in Spain found hard evidence that would be good for pregnant women.

Researchers took a large group of pregnant women and provided half of them with a structured exercise program in groups of 15 to 20. They met three times a week and exercised 50 minutes a day under the supervision of an exercise specialist. “There was a very nice group component,” said Prof. Michelle Mottola, director of Western’s exercise and pregnancy lab.

“The women absolutely loved it. So it’s an example of how exercise can be fun” besides being beneficial, she said.

Canadian women often work, and Mottola acknowledges it can be difficult for them to take part in structured exercise. So, she recommends they walk at least 25 minutes a day.

She encourages them to park a distance from their destinations and to take stairs rather than elevators. The goal would be to achieve 10,000 steps a day and reap the benefits suggested by the study.

The findings were recently published in the American Journal of Obstetrics and Gynecology.