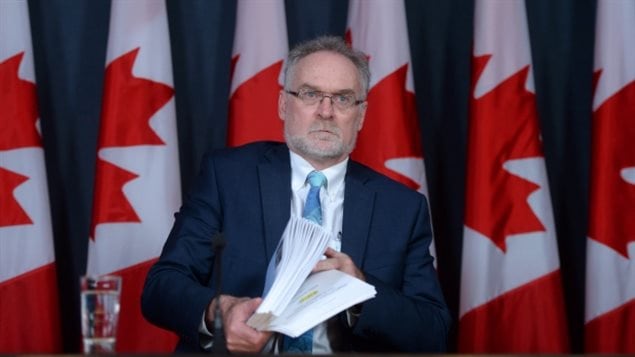 One of the areas Micheal Ferguson’s report looked at was Canada’s immigration system.

The report shows that several people and possibly dozens managed to be accepted as Canadian citizens through fraud that went undetected, or through lax controls.

The report noted cases of people with serious criminal records who were accepted as citizens.  It also found that between 2008 and 2015, 50 different applicants used the same single address on their citizenship applications during overlapping time periods during which time seven of the applicants became Canadian citizens.  It took seven years before the scheme was found during an investigation.

The report also noted that in some 49 similar cases where an address anomaly had been detected, citizenship officials failed to follow-up on 18 of the cases to see if the applicants actually met residency requirements.
The report indicated that citizenship officers did not consistently apply their own standards  to identify  and deal with suspicious immigration documents including  checking travel documents against the department’s database of lost, stolen and fraudulent documents.

Ferguson also cited a lack of communication and sharing of information among various agencies such as Canadian Borders Services Agency, the RCMP, and Immigration.

In four cases the RCMP failed to advise the Immigration department about criminal charges against people who had already passed the criminal check as part of the citizenship process. Two did become citizens, one failed the knowledge test, and the fourth abandoned the application.

However, Ferguson noted four other cases where people should have been ineligible due to criminal records, but were granted citizenship even though officials did have access to the information.

In 38 criminal cases since 2010 involving a foreign national or permanent resident, the RCMP shared the relevant information with Immigration, Refugees, and Citizenship Canada in only two cases.

“This finding matters because ineligible individuals may obtain Canadian citizenship and receive benefits to which they are not entitled,” Ferguson wrote in his spring report, tabled Tuesday in the House of Commons.   “Revoking citizenship that should not have been granted takes significant time and money”, he said.

Other concerns raised in the report involved

– Veteran’s Affairs lacks a defined monitoring approach for drug use, including decisions on which drugs to cover,  and monitor usage. It noted a decision to limit access to a particular narcotic was not implemented until two years after the decision was made. The number of veterans receiving medical marijuana jumped from 112 in 2013-14, to 1,320 in 2015 at a cost of over $12-million. The report says that costs in 2016 could reach $25 million, nearly a third of Veterans Affairs health benefits budget.